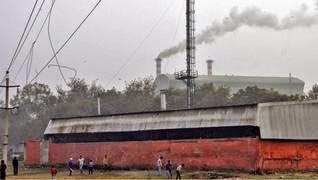 Justice V K Shali heard the petition that was filed under Article 215 of the Constitution of India and S-12 of the Contempt of Courts Act 1971 for contempt on account of the High Court’s judgment dated January 15, 2013 in Writ Petition (Civil) 6976 of 2008. K G Bansal, senior lawyer represented the residents.

The petition was filed by residents seeking directions to the authorities and the operator to close down the Common Bio-Medical Waste Treatment facility operating less than 30 Meters from the DDA Self Financing Scheme Flats at Sukhdev Vihar and other colonies and burning 12-15 tons of hazardous bio-medical Waste per day injurious to the health and the life of the 10 lakh public living around it and degrading the environment for all times to come. 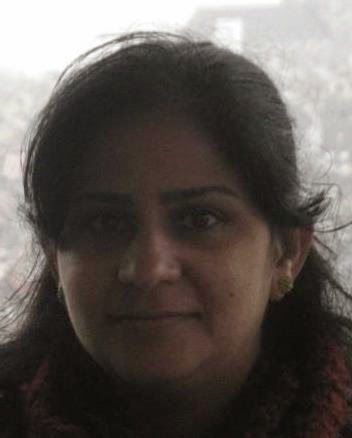 Reacting to the Court's order, an elated Huma Hashim of Okhla Anti-incinerator Committee said, "This is a small victory. We have a big struggle ahead to get Jindal's municipal waste incinerator plant closed to save the health of present and future generations and their environment."

"Though, it is success on the part of residents of Sukhdev Vihar, Volunteers and Advocates but it has come after a long suffering and struggle. People have paid heavy price for a bad decsion of the authorities. After this sigh of relief, major battle against the monster MSW WtE Plant, is yet to be won," said, Vimal Monga, former President, Sukhdev Vihar Residents Welfare Association (RWA). 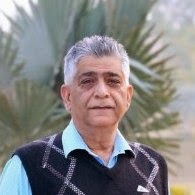 "Synergy  had indeed applied to MoEF for clearance -  though this has been countered through a formal letter from Rakesh Khurana as RWA office bearer in Pocket B.  The RWA, Pocket B has also made representations to the directorate of health and to the concerned police stations," said Ranjit Devraj, a resident of Sukhdev Vihar and a senior journalist.

The Division Bench of the High Court vide the judgment dated 15-1-2013 was pleased to, “Direct respondent No.2 Government of Delhi and respondent no.7, M/s Synergy Waste Management Pvt Ltd. to shift the bio-medical waste disposal facility, being operated near Sukhdev Vihar, to a suitable site. The site suitable for shifting of the said facility in terms of this order would be identified by the Chief Secretary, Government of NCT of Delhi, within three months from today in consultation with DDA and DPCC and the facility in question would be shifted within three months thereafter, i.e. within 06 months from today. M/s Synergy is permitted to continue to operate the facility at the present site till it is shifted to a new site in terms of this order, or 06 months from today, whichever is earlier. If necessary, any further directions with respect to the shifting of the said facility, in terms of this order, will be sought from this court.”
A review petition No. 111/2013 was filed but the same  was dismissed on February 27, 1013.

Notably, the said six months period expired on July 12, 2013 but the contemnor company has neither stopped operating the facility nor shifted the said common bio-medical waste treatment plant and is continuously polluting the environment and is a threat to the health and life to the 10 Lac population living around. The company committed contempt of the Court and continues to do so.

The Chief Secretary of Delhi Government has failed to ensure that the common bio-medical waste plant is shut down and shifted within six months of the High Court’s Judgment dated January 15, 2013. Thus, he too has committed contempt of the Court.

The High Court judgment observed “It is not in dispute that the bio-medical waste  is a hazardous waste which can be highly injurious to human life”.

The writ petition filed by the residents of Sukhdev Vihar and adjoining area had sought closure of the biomedical waste incinerator facility primarily on the ground that being very close to densely populated residential colonies, it was creating poisonous and hazardous environment for the residents of those colonies, thereby adversely affecting their health and degrading environment for all times to come.

The judgment records, “As per the guidelines of Central Pollution Control Board (CPCB), the Common Bio-Medical Waste Treatment Facility (CBWTF) should be located at a place reasonably far away from residential and sensitive areas so that it has minimal impact on these areas. It was noted in the guidelines that such a facility will require minimum of one acre area and, therefore, preferably should be set up on a plot size of not less than one acre.”

The order observes, “10. In Master Plan for Delhi, 2021, notified on 07.02.2007, hazardous waste processing viz. hospital/medical/industrial waste is amongst the industries, manufacturing of which shall be prohibited within National Capital Territory of Delhi.”

The judgment refers to ‘The summary of “Epidemiological Studies on Adverse Health Effects Associated with Incineration” would show that medical waste incinerators are a leading source of dioxins and mercury in the environment and there is link between incinerator emissions and adverse health impacts on incinerator workers and residents living around the incinerators.’

The observations made in the judgment will have far reaching implications. It reads: “Both older and more modern incinerators can contribute to the contamination of local soil and vegetation with dioxins and heavy metals. In several European countries, cow‟s milk from farms located in the vicinity of incinerators has been found to contain elevated levels of dioxin, in some cases above regulatory limits. Increased levels of dioxins have been found in the tissues of residents near to incinerators in the UK, Spain and Japan. At an incinerator in Finland, mercury was increased in hair of residents living in the vicinity. Children living near a modern incinerator in Spain were found to have elevated levels of urinary thioethers, a biomarker of toxic exposure. “ It notes that “After 2 years of operation of incinerator, dioxins levels were found increased by about 25% in both groups living between 0.5 to 1.5 and 3.5 to 4.0 km away (201 people) of people. In the repeat analysis, the increase was in the range of 10-15%”.

With regard to “Residents from 7 to 64 years old living within 5 km of an incinerator and the incinerator workers” the judgment observes, “Levels of mercury in hair increased with closer proximity to the incinerator during a 10 year period”.

The judgment found that “Residents living within 10 km of an incinerator, refinery, and waste disposal site” showed “Significant increase in laryngeal cancer in men living with closer proximity to the incinerator and other pollution sources”. The “Residents living around an incinerator and other pollution sources” showed “Significant increase in lung cancer related specifically to the incinerator”. The “People living within 7.5 km of 72 incinerators” displayed “Risks of all cancers and specifically of stomach, colorectal, liver and lung cancer increased with closer proximity to incinerators”.

The High Court dismissed the contention of M/s Synergy Pvt Ltd is far away from residential localities such as Sukhdev Vihar. On inquiry it was found that the distance between the said facility and their colony is less than 30 metres.

The bench observed that “This is a mandatory requirement of the guidelines issued by CPCB, that such facility should be far away from residential and sensitive areas. This requirement needs to be strictly complied while identifying a suitable site for shifting the facility of M/s Synergy.”

The judgment is quite relevant for the upcoming hearing in the National Green Tribunal of the case on December 18, 2014 filed by the resident’s welfare association (RWA) of Sukhdev Vihar, Okhla against the municipal waste incineration power plant is being operated by Delhi's Timarpur-Okhla Waste Management Co Pvt Ltd (TOWMCL) of M/s Jindal Urban Infrastructure Limited (JUIL), a company of M/s Jindal Saw Group Limited. K K Rohatagi is the lawyer for the residents.

P.S: In a related disturbing development, there is a proposal to set up a waste to energy plant in Green Park  behind J P Trauma Centre. Bipin Papneja of Green Park RWA has decided to intervene at the very outset to stop such harmful plants. AAP MLA, Somnath Bharti has expressed his opposition to such proposal.
Share this article :
Labels: Corporate Crime