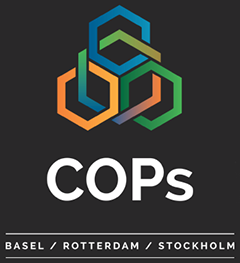 India has prepared its National Implementation Plan and submitted the same to the Stockholm Convention Secretariat. As per Article 7 of the treaty development of the National Implementation Plan (NIP) of the Stockholm Convention on Persistent Organic Pollutants (POPs) is required by all the parties. It is to demonstrate how the obligations under the Convention would be implemented and discusses how Parties aim to meet their obligations under the treaty. The Convention entered into force on May 17, 2004. India signed it on May 14, 2002. It ratified it on January 13, 2006. It came into force for India on April 13, 2006.

The treaty can ban chemicals currently in use, not only the obsolete and redundant ones. The chemical industry has expressed concern about the listing of its persistent organic pollutant (POP) products.

Governments have agreed to list all the chemicals recommended by the POPs Review Committee (POPRC) because the evaluation process is comprehensive and meet convention obligations under Article 8. The main problem with the decision-making process at Conferences of the Parties (COPs) is not that chemicals in use are listed but that the POPRC’s work and its recommendations limiting the scope of exemptions are often ignored. The COP8 meeting illustrates it. Short-chain chlorinated paraffins (SCCPs) form a class of industrial chemicals primarily used in metalworking but also as flame retardants and softeners in plastics, including children’s products.  SCCPs adversely affect the kidney, liver and thyroid, disrupt endocrine function and are anticipated to be human carcinogens. The POPRC recommended listing them in the treaty without exemptions, due to the availability of feasible alternatives.

Governments at COP8 proposed a wide-ranging series of exemptions that effectively cover all known uses of SCCPs. The treaty listing does represent an important five-year global phase-out of a very harmful chemical, but there was a clear disconnect between POPRC evidence that vegetable oil is a key substitute for the substances in metalworking and granting an exemption for this use, along with many others.

DecaBDE is a serious example of a listing process getting sidetracked by unjustified exemptions. For example, an exemption was granted for the use of decaBDE in polyurethane foam for building insulation, but the POPRC had no evidence that the substance is used for this purpose.
The exemptions for the automotive and aviation industries shows how conventional phase-out period of five years has been expanded to 2036.

Such extensive exemptions will result in the continued production and use of decaBDE, a substance that strongly resembles polychlorinated biphenyls.

The aviation industry’s decaBDE exemption shows what happens when companies that have already phased out POPs ignore the Stockholm Convention.

COP 8 agreed that governments that seek exemption for decaBDE or SCCPs should justify their need for it by December 2019.

Two countries have withdrawn a proposal to permit the recycling of materials containing decaBDE.  Recycling plastic products containing POPs also contaminates new products.
The treaty prohibits POP recycling and the POPRC warned against the practice, noting continuing human and environmental exposure and the loss of the credibility of recycling. The current toxic recycling exemption for commercial pentaBDE and octaBDE allows this bad practice to continue until 2030.

In countries like India decision making on exemptions bring POPs across borders legally amidst a flood of products, causing ongoing exposure.

It will create difficulty in complying with the treaty’s waste provisions, since it cannot identify which products contain POPs. Even if they could identify them, many do not have the capacity to destroy them as per law's requirements. India remains caught in such vicious circle of poison.

While decisions on exemptions appear abstract and intangible the fact is that such exemptions pose harm to human health through food chain.

The joint Conferences of the Parties of the Basel, Rotterdam, and Stockholm Conventions took place in Geneva from 24 April to 5 May, 2017. The note below draws on information shared on IPEN list serve. It explains a few key points that emerged from the separate meetings of the three treaties in general and Basel Convention and Ban Amendment to it in particular.

nice blog.. thanks for sharing the information.. membrane bioreactors

Thanks for sharing beautiful with us. I hope you will share some more info about Implementation of Stockholm Convention on Persistent Organic Pollutants (POPs) in India & outcome of triple CoP. Please keep sharing!