What is going on in West Asia 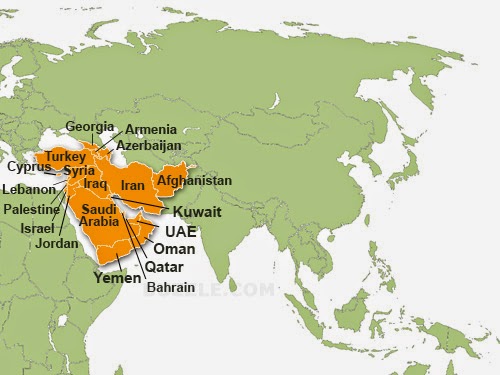 At a Round Table on "What is going on in West Asia" on December 11, Rakesh Bhatt, a noted West Asia affairs analayst who has studied in West Asia and has lived in Iran and other countries in the region for over a decade.   gave a presentation on non-google and beyond Islamic symbolism perspective. He made a distinction between work for to fill one's stomach and work of wisdom and underlined that West Asian leaders in general seem to be obsessed with the former. Those powers which are engineering West Asian landscape too are pre-occupied with the former.

He made a seemingly distant West Asia, North Africa and Afghanistan alive wit his off the record gems. The unfolding but untold story of Iran-US nuclear deal away from headlines was aptly captured. Interestingly, it was discussed without reference to Israel and Palestine (perhaps it was deliberate to underline the significance of the waning influence of Israel n Palestine). The significance of West Asia before the discovery of oil and after its discovery was dwelt on. (Non-Arab) Arab states like Saudi Arabia, UAE, Jordan, Bahrain and Turkey. And how Azerbaijan is a linked to Georgia and in turn to Russia. Come what may the world powers that be want big war in Asia and nit in Europe. The role of companies like Aquafina and BP was underlined.

Sharing the fact of extinction of Homa like bird in Syria, he pointed out how nothing human remains left in Syria. Homa is a legendary bird within the Persian mythology and Sufi stories. He was quite critical of the people who beg information from google on the affairs of the world in general and on West Asia in particular.

The question as to why is West Asia important for Washington, Paris and London also came up for discussion. He dwelt on the poltics of images in general and images from Islamic history and how what was deemed sacred is being turned into profane.

The issue of uprsings in Tunisia and Egypt, western countries indulgence towards Shia regions in general and guiding forces behind the Islamic State (IS) outfits came up for discusison. India's relationship with Shia regions have been deeper and it is becoming stronger with each passing day.

Recollecting the ancient civilizations that flourised in West Asia, Qamar Agha, a noted commentator on Islamic countries for over a decade dwelt on how Islam came to bring Daur-e-jahiliya into an era of peace and unity. The attempt seemed to continue till the collapse of Ottoman empire. But it seems the region is a back to Daur-e-jahiliya.

Agha who chaired the discussion and concluded saying we need to engage deeply and directly with the specific aspects of West Asia and not via other media. The discussion was organised by Citizens Forum for Civil Liberties (CFCL).
Share this article :
Labels: Military Mining Industrial Complex

Useful article, thank you for sharing the article!!!