Notes from Strasbourg and Geneva meeting against corporate power

On behalf of the Stop TNCs Impunity Campaign and TWA, I reached at the European Parliament in Strasbourg on November 27, 2014 along with other comrades. We had a preparatory meeting for the working session (by members of the Global Campaign to dismantle corporate power and stop impunity). After that the programme began with an introduction by Gabi Zimmer (president of the GUE/NGL Group) on the precedents of GUE/NGL group supporting the struggles against the impunity of Transnational corporations and Brid Brennan (Transnational Institute & Global Campaign to dismantle corporate power and stop impunity) on objectives of the meeting. The participants including myself gave short presentation on struggles against corporate crimes. We were given an updates on State of play of the UN Resolution "Elaboration of an international legally binding instrument on transnational corporations and other business enterprises with respect to human rights".  The meeting discussed next steps proposed by civil society for a Binding Treaty to regulate TNCs. Brid of TNI and Melik Özdin of CETIM gave their inputs. 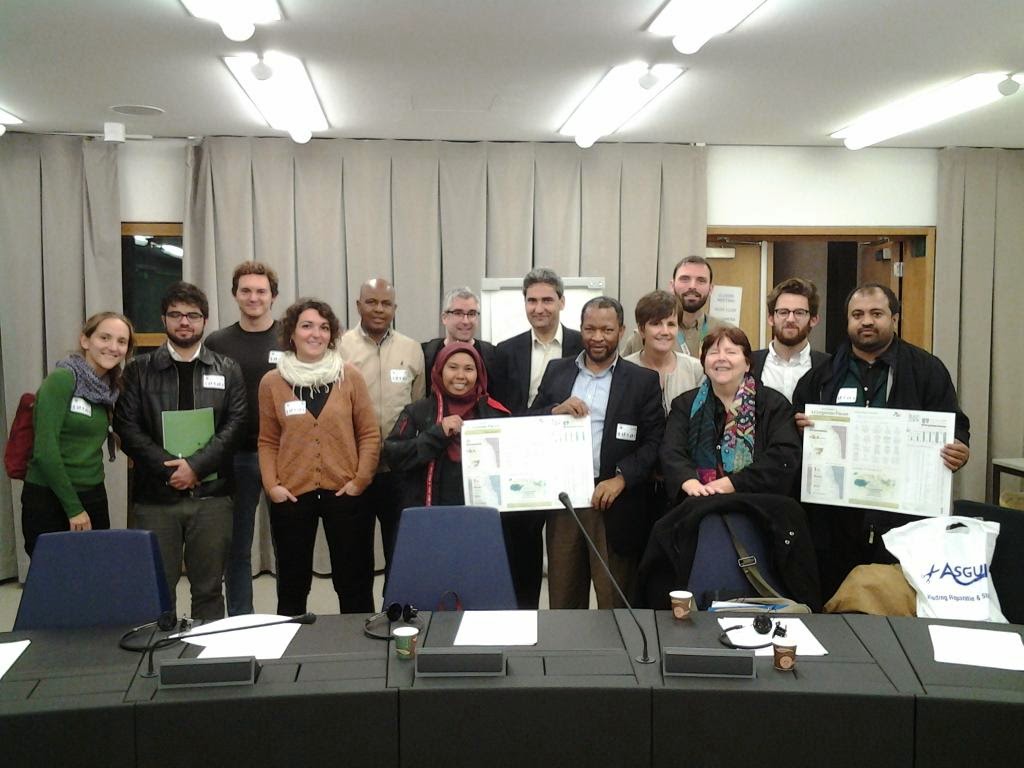 As part of Stop TNCs Impunity Campaign, I attended the meeting with the MPs of European Parliament on why a binding UN treaty for regulating corporations is necessary in Strasbourg, France. The issue was how do we continue and strengthen the work of the GUE/NGL parliament group in the struggle against the impunity of transnational corporations? What is the role of Parliaments (including the European Parliament) and what political initiatives can be coordinated with social movements for the implementation of the United Nations Human Rights Council resolution A/HRC/26/L.22/Rev.1 about “Elaboration of an international legally binding instrument on transnational corporations and other business enterprises with respect to human rights”? (Resolution proposed by the Plurinational State of Bolivia, Cuba, Ecuador, South Africa and Bolivarian Republic of Venezuela and approved 26th June of 2014).

There was a working session with the members of the GUE/NGL group in the European Parliament (EP), some members of National Parliaments and members of the Global Campaign to dismantle corporate power and stop impunity (a campaign supported by 200 networks, think-tanks, civil society organizations and social movements from all over the world). The Strasbourg meeting was held with the aim to inform about the state of play in the struggle against the power of transnational corporations and specifically about the UN Resolution, consolidate the inter-parliamentary work in the struggle against the impunity of transnational corporations and set up an inter-parliamentary group with parliamentarians from Europe, Latin America, Asia and Africa, elaborate a working agenda with concrete proposals to follow-up the resolution A/HRC/26/L.22/Rev.1 in the European Parliament as well as to create pressure to the European Union as a whole to implement the resolution, to present proposals from the European Parliament and national parliaments to the intergovernmental group approved by the United Nations Human Rights Council, to link the work on corporate power with the mobilization against TTIP/CETA/ISDS/Troika (and the regime of neoliberal trade and investment policies of the EU) and to look for specific measures to accompany and support from the European Parliament and other Parliaments the proposal launched by the ALBA countries in the framework of the Ministerial Conference of States affected by transnational corporate interests (which is also being discussed in the UNASUR framework) to set up a “Observatory of the South about Investments and Transnational Corporations” to fight against transnationals’ abuses.

There was an exchange and debate towards concrete proposals on what initiatives are possible from European Parliament and other Parliaments. There was a discussion about EP Resolution in support of the UN Resolution, fact finding missions for corporate crimes in Chevron-Texaco, Marikana and Rana Plaza, Parliamentary Working Group on Binding Treaty for TNCs and inclusion of the topic in the hearings, parliamentary questions and reports on TTIP/CETA.

Legislators namely, Gaby Zimmer, Teresa Rodriguez, Lola Sánchez, Helmut Scholz, Anne-Marie Mineur, Lidia Senra, Kostadinka Kuneva and Caitriona Ni Ruadhain gave their reactions. There was a proposal to start an “Observatory of the South about Investments and Transnational Corporations”. There was a presentation by Fredy Trujillo Quinchuela from the Technical Commission for a New Financial Architecture - Government of Ecuador by Skype.

The meeting discussed next steps to concretise points of action and develop political calendar. It dwelt on how to use events like March 2015 Brussels for preparatory seminar on EU-CELAC, March 2015 World Social Forum (Tunis), First Session of the UNHRC Inter-Governmental Working Group (IGWG) on Binding Treaty (possibly in July), 10-11 June 2015: People's Forum - EU-CELAC Summit and December 2015: COP 20 Paris.

In Geneva, I participated in the Meeting of Treaty Alliance from November 30 to December 1, 2014.  The purpose of the meeting was to refining our joint capacity on procedure and substance and foster mutual understanding and agree on the nature of the Alliance, and on Rules of Procedures. The key issues which were discussed were who gets duties under the Treaty and is bound to something? States? TNCs/business? both, which States carry which obligations related to TNC/Business violations outside their borders?, how shall the treaty be enforced?On whom?By whom?Sanctions?, objects of regulation: TNCs? TNC-related business? All business? and input to IGWG, structures of influence, keeping corps institutionally out.

There was discussion about the nature and structure of the Treaty Alliance and rules of procedures. We got input from States of Ecuador and South Africa. It was a rigorous deliberation exercise.

After that there was discussion on work that needed to be done in a “task list” and parallel processes, responsibilities in various areas of working groups. The working areas include Geneva/UN, Role of social movements, of CSOs, of legal and political support, Influence on procedural issues of the IGWG, Treaty Alliance as facilitating group of CSO/SM input to IGWG, role of OHCHR and link between HRC and States.

We discussed on how to prepare the States before IGWG starts.

The issue of visibility of Treaty Alliance and its arguments, regional and national advocacy structures of the Alliance and means of communications was deliberated upon.  There was discussion and decision on structure and rules of procedures for the Alliance, setting up structural responsibilities, setting up working groups / lead organisationsper topic, national (regional) Treaty Alliances. It was widely felt that the Alliance does not need bureaucracy but some procedures will have to be adopted. The timeline for implementation, immediate challenges and who is responsible for which tasks and when was dwelt on.

I interacted with the Ecuador's senior foreign officer (on Chevron and Bhopal case) and India's Second Secretary in Geneva.

Also during a meeting with Patrizia Heidegger, Director, Belgium based NGO Platform on Shipbreaking, Brussels we had discussion about EU's new legislation on ship recycling and IMO's role besides the ship breaking situation in India and Bangladesh.

P.S: World’s largest dairy majors such as Nestle, Danone, Fonterra, Kraft and Schreiber are on the prowl to milk the Indian milk market. On the way back I met Devendar Sharma, a noted agriculture expert and columnist at Paris Airport. We were in the same flight. I told him that I was in Europe for a meeting to discuss legal means for regulation of TNCs. He told me that the regulation of TNCs is required and he has been writing about it. Then he informed me that he is one the Advisory Board of a TNC that is in milk business along with likes of Friends of Earth and others. The name of the TNC is Danone (if I heard him right).  I just heard it from him. I don’t have anything in writing regarding this.