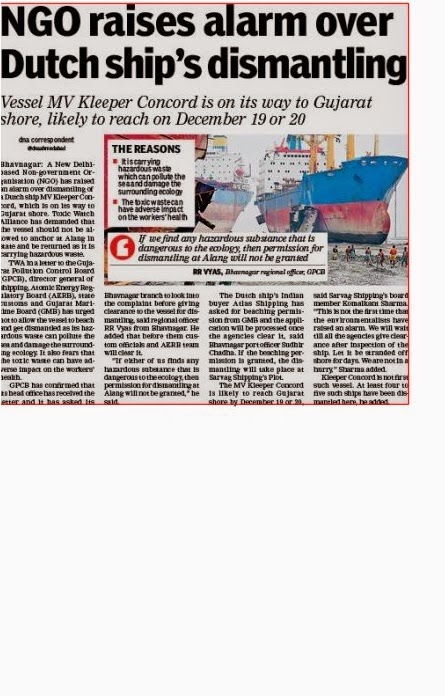 The case of Danish ship MV Kleeper (IMO No. 9232319) that has arrived in Bhavnagar waters, Gujarat, India is not an isolated case.

Within the Government of India, Dr Alok Srivastva, Joint Secretary, Union Ministry of Shipping (who is also in charge of an inter-ministerial committee on shipbreaking issue) is the official responsible for action in this regard. Reliable sources have revealed that Prime Minister's Office is micro-managing the affairs in this ministry especially with regard to ship breaking.

Danish shipping companies and subsidiaries have sent 18 ships to be scrapped at the notorious scrap yards in India, Pakistan and Bangladesh over the past four years. It has come to light that since 2006 it has been forbidden to sail ships under Danish flags to the ship yards in India, but the Danish companies are exploiting a complicit legal regime because they own many ships that are not registered in Denmark. The European shipping companies do not register their ships in EU nations.

As part of European propaganda, it is being advertized that if the International Maritime Organisation (IMO)'s Hong Kong International Convention for the Safe and Environmentally Sound Recycling of Ships is ratified, it will improve the situation. Ship owning companies like Norway have conceived this treaty to safeguard their interests. Notably, Norway is the only country that has signed on it. 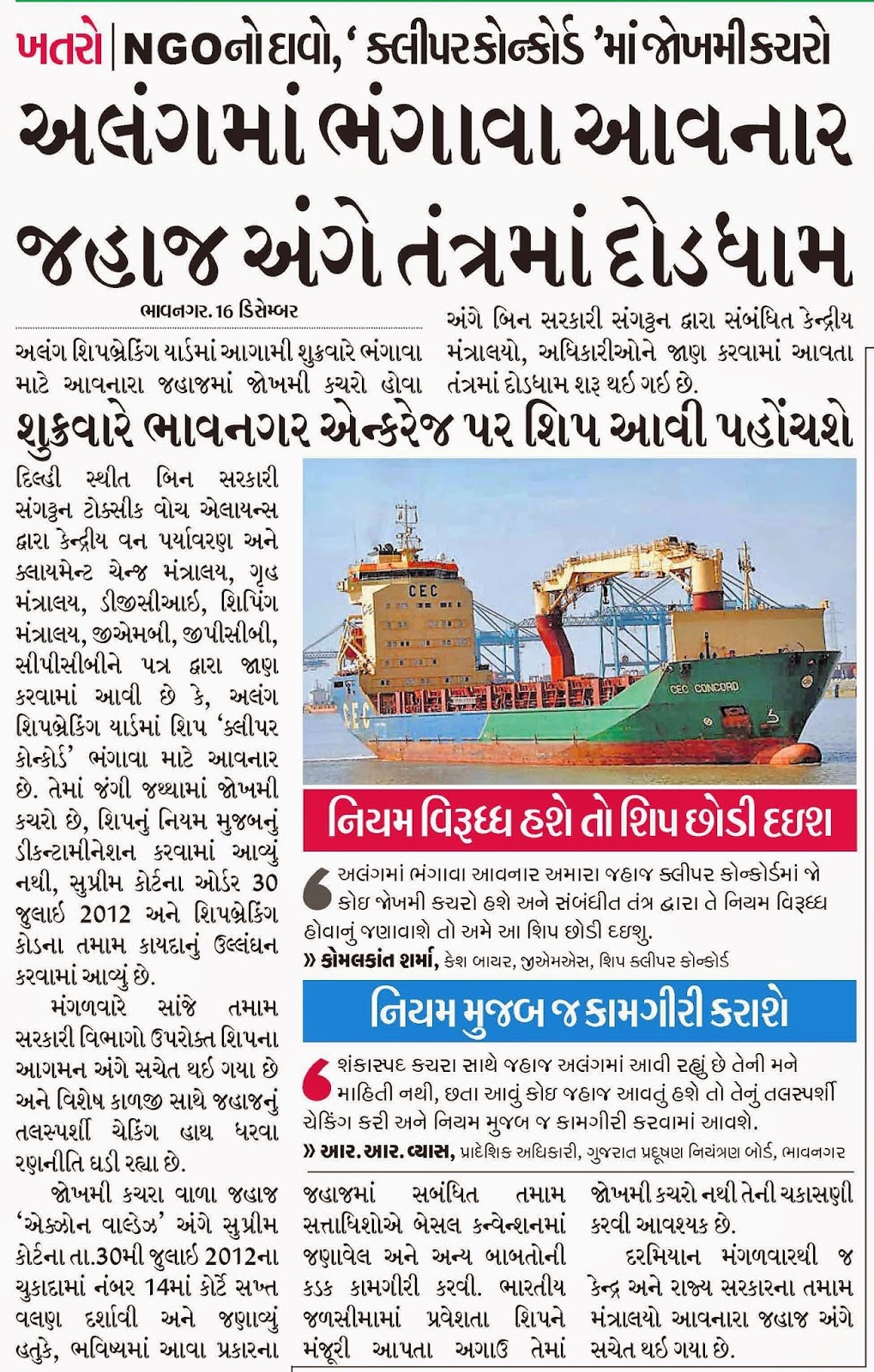