skip to main | skip to sidebar
Home » Financial Institutions » CAN INDIA NOT DEVELOP WITHOUT FOREIGN FUNDS?

CAN INDIA NOT DEVELOP WITHOUT FOREIGN FUNDS?

CAN INDIA NOT DEVELOP WITHOUT FOREIGN FUNDS? Has this option been examined?


Who took the decision to allow FOREIGN FUNDING FOR NGOs & CORPORATE SECTOR?

Why were legislations like societies registration act, 1860 and Indian Trusts Act, 1882 enacted by the British Parliament? Was it done to serve the interest of Indians? 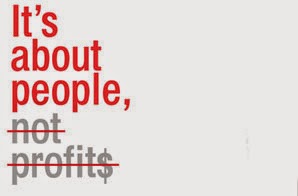 Will someone examine the proceedings of the British Parliament to ascertain the real motive?
NGOs were created post 1860 to fragment people's anger at the various ventures of government and companies.


There is also a need to trace the first few official decisions of Government of India to allow flow of foreign money in India post independence and prior to independence.


Is it not in national interest to do away with Foreign Exchange Management Act (FEMA), 1999 and Foreign Contribution Regulation Act (FCRA), 2010 and enact Prohibition of Flow of Foreign Money Act?

Which law in India regulates flow of funds from international financial institutions like World Bank Group?

Shouldn't the upcoming budget to be presented by Arun Jaitley, the finance, corporate affairs and defence minister provide an account of projects supported by World Bank Group besides an account of foreign and domestic allocations for Indian NGOs, foreign NGOs, Indian companies and foreign companies because it is deeply linked to national security?

There is a need for genuine not for profit organisations because it voluntary work is about people not profit.