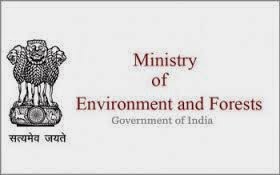 On behalf of ToxicsWatch AIliance (TWA), I have been an applicant in the Supreme Court and the National Human Rights Commission (NHRC) in the hazardous wastes/shipbreaking cases. I have been an invitee to the meetings of Basel Convention and related UN meetings. I wish to know as to what is the current status of the Draft Rules.

I wish to take the opportunity to submit my views regarding the proposed Rules.

I wish to submit that the definition of “waste” as “materials  that are not products or by-products, for which the generator has' no further use  for the purposes of production, transformation or consumption and which is to be disposed of” the Draft Rules appears to be an exercise in linguistic corruption because it turns waste into non-waste.

It is clear from the existing Hazardous Waste Rules (including the amendments till date) that it promotes trade in hazardous waste unmindful of the National Environment Policy that acknowledges how “Environmental factors are estimated as being responsible in some cases for nearly 20 percent of the burden of disease in India”.

I find it strange that while developed countries like EUROPE ban contaminated mangoes and vegetables, their contaminants are allowed in India.

I wish to draw your attention towards the Supreme Court's landmark order dated October 14, 2003 that dealt with the issue. The order reads: ‘Hazardous Wastes are highly toxic in nature.  The industrialization has had the effect of generation of huge quantities of hazardous wastes.  These and other side effects of development gave birth to principles of sustainable development so as to sustain industrial growth.  The hazardous waste required adequate and proper control and handling.  Efforts are required to be made to minimise it.  In developing nations, there are additional problems including that of dumping of hazardous waste on their lands by some of the nations where cost of destruction of such waste is felt very heavy.  These and other allied problems gave birth to Basel Convention.  The key objectives of the Basel Convention are: “to minimize the generation of hazardous wastes in terms of quantity and hazardousness; to dispose of them as close to the source of generation as possible; to reduce the transboundary movement of hazardous wastes.”
2.      Due to alarming situation created by dumping of hazardous waste, its generation and serious and irreversible damage, as a result thereof, to the environment, flora and fauna, health of animals and human beings, the petitioner approached this Court under Article 32 complaining of violation of Article 14 and 21 of the Constitution of India.
3.      The petitioner has, inter alia, relied upon the Basel Convention. The Basel Convention was signed by India on 15th March, 1990 and ratified on 24th June, 1992.’

I submit that the intent of the Commerce and Environment Ministry stood exposed when it proposed an amendment to the Hazardous Wastes (Management & Handling) Rules; after amendment it was to read “Hazardous Materials (Management, Handling and Transboundary Movement) Rules, 2007. The proposed rules was to have the effect of exempting transit countries from obtaining prior informed consent for all shipments of hazardous waste to India. The proposal also stated that as long as a material contains less than 60 per cent contamination by a hazardous constituent, then it is safe for our ecology. Waste asbestos embedded in the structure of the scrap material is not banned.  This sleight of hand at redefinition attracted widespread criticism from environment and public health groups. Startled by the proposed Rules environment and public health researchers and activists had charged that it has been done at the behest of hazardous waste traders. Even the Confederation of Indian Industry (CII) had expressed its concerns in November 2007. The Supreme Court's Monitoring Committee on Hazardous Wastes had also objected to it. As a consequence the word “wastes” was not replaced with “materials” but “Transboundary Movement” remains.

In effect, the original Rules have been mutilated and the process of mutilating it further is underway.

I submit that through a jugglery of words in the subordinate legislations on hazardous wastes, Union Ministries of Commerce and Environment have paved the way for officially opening floodgates for the dumping of world’s hazardous waste in the name of recycling.

This has unleashed unprecedented havoc on India’s environment and health of its citizens. These subordinate legislations on hazardous wastes seeks to undo established, science-based definitions of waste and consider waste that is being recycled somehow less hazardous than the waste being landfilled in order to curry favor with hazardous scrapping industries.

I submit that through a not-so-subtle mangling of international definitions for “waste”, “disposal” and “safe recycling” both these ministries have designed a veritable global waste funnel that will ensure that the world’s waste will surge to our shores. It indeed quite sad in the name of recycling, hazardous waste trade is being legalized.

I submit that the Hazardous Wastes (Management, Handling and Transboundary Movement) Rules, 2008 has completely altered definitions which is contrary to the international rules of the Basel Convention, which India is obliged to uphold.

I submit that it is illegal for both the ministries to pretend to implement the Basel Convention but utilise definitions that outwit the intent of the treaty.
I submit following examples of departures from the Basel Convention and international law:
•       India has decided that transit states do not have to receive prior informed consent for all shipments of hazardous waste.
•        India has decided that dumping in rivers, oceans, and lakes, or burning waste somehow does not constitute disposal and therefore that which is dumped in aquatic environments, or burned, is not waste.
•       The international definition of “environmentally sound management” has been ignored in favor of a new definition of “safe for recycling” that states that as long as a material contains less than 60% contamination by a hazardous constituent, then it’s safe!
•        India has exempted bio-medical wastes and municipal wastes from this law yet these are meant to be covered under Basel.
•       India appears to allow dioxin imports for disposal but not for recycling
•       Waste asbestos imports are banned unless they are contaminating other substances (e.g. old ships).
•       Fails to implement the Ban Amendment forbidding all imports of hazardous waste from developed countries.
•       Fails to recognize it is illegal to trade in waste with non-Parties of the Basel Convention such as the United States.
•       While since 1982 over 6000 dead and hazardous wastes laden ships have been dumped in Indian waters, the Hazardous Wastes Management (Handling & Transboundary Movement Rules, 2008) provides that the Rules will not apply to “wastes arising out of the operation from ships beyond five kilometers of the relevant baseline as covered under the provisions of the Merchant Shipping Act, 1958 and rules made there under”. Subordinate legislations under Merchant Shipping Act, 1958 also merit re-consideration.

I submit that on May 7, 2012, Shri P. Viswanathan, Member of Parliament had asked the Union Minister of Shipping about the ban on entry of more than 25 years old ships which is not registered with Indian Registrar of Shipping (IRS) in Indian waters. The Hon’ble Minister replied, “There is no ban on the entry of vessels which are not classed with Indian Register of Shipping (IRS), provided the vessel is classed with any one of the twelve other member societies of International Association of Classification Societies (IACS)”.

I wish to submit that of ships which are more than 25 years old are dead ships as they have reached their end of life. These hazardous wastes laden ships are being transferred to Indian waters in the name of ship dismantling at Gujarat’s Alang beach, a fragile coastal ecosystem. There is a need to initiate steps to ban entry of such ships especially in the coastal environment as has been done for Sachana ship breaking yards in Jamnagar, Gujarat.

I submit that its significance must be seen in the context of India-Japan Free Trade Agreement and India-EU Free Trade Agreements besides Economic Partnership Agreements with other developed countries who wish to externalize their pollution load following Lawrence Summers Principle of transferring harm to developing countries. The role of Special Economic Zones (SEZ) in facilitating it must be examined.

In such a backdrop, I wish to dispute the provisions of the 2008 Rules and the proposed Rules.

If the Draft Rules of Union Minister of Environment and Forests is read with the ‘Statement of Hazardous Goods Lying at Ports’ given to the Parliament by Union Minister of Shipping, the true nature of the goings on stands exposed. How is it that waste oil which is officially admitted as waste oil referred to as hazardous good?

I submit that the Ministry appears to have done its homework to justify hazardous waste trade in various disguises. Under Rule 23 of Hazardous Wastes (Management, Handling and Transboundary Movement) Third Amendment Rules, 2008 refers to the “Responsibilities of Authorities” which is specified in its Schedule VII that provides the List of Authorities and Corresponding Duties” wherein it is mentioned that Directorate-General of Foreign Trade constituted under the Foreign Trade (Development and Regulation) Act, 1992 has a duty to “Grant License for import of hazardous wastes”.

It is evident that Ministry of Commerce has prevailed over MoEF to allow hazardous waste trade in myriad disguises.

In view of the above I submit that these provision in the Hazardous Waste Rules and the proposed Draft Rules allows trade in hazardous waste contrary to national interest in terms environmental health.

Therefore, it is about time MoEF stood up to international recyclers and Ministry of Commerce and worked to ensure complete ban on hazardous waste trade in view of admitted toll its takes on Indian's environmental health.