Why India, Bangladesh and Pakistan should adhere to Basel Convention & not ratify Hong Kong Convention on ship breaking

Why India, Bangladesh and Pakistan should adhere to Basel Convention & not ratify Hong Kong Convention on ship breaking 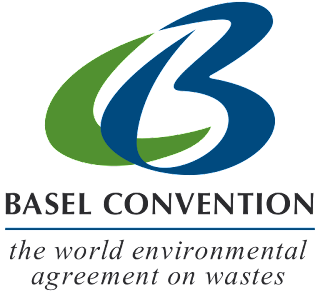 TWA strongly rejects the reported statement of A.V. Shah, Regional Officer, Bhavnagar, Gujarat Pollution Control Board saying, “why asbestos should be considered hazardous since even today it is being extensively used for roofing, asphalt-asbestos floor tile, linoleum backing, ceiling tile, duct insulation for heating, ventilation and air conditioning (HVAC) systems and several other applications.”  The use of asbestos in new construction projects has been banned for health and safety reasons in some 55 countries including developed countries or regions, including the European Union, Australia, Hong Kong, Japan, and New Zealand. WHO and ILO has called for its elimination.
TWA calls for dry docking facility in India, Bangladesh and Pakistan to safeguard coastal environment for the current generation and posterity. Environmental groups demand dry dock method in place of polluting beaching method for breaking/recycling the ships. The burden of creating dry docking facilities can be jointly shouldered by the beneficiaries like ship owners, shipbreakers, IMO and the governments concerned. Environmentally Safe Ship breaking/recycling cannot be carried out through the beaching method.
TWA expresses its disagreement with the myopic views on continuing with the beaching method for ship breaking. It agrees with Praveen Nagarsheth, President, Iron Steel Scrap & Shipbreakers Association that India should not ratify Hong Kong Convention which does not address the local concerns.
At the Mumbai conference Nitin Kanakiya, Hon Secretary to Ship Recycling Industries Association (SRIA) claimed that “Alang is open to all, we invite all stakeholders to come and visit us. We have requested the authorities to allow all those who are interested to visit and check our facilities.” If this claim is indeed true then TWA calls on SRIA to proactively invite media persons and researchers to visit the most accident prone plots where ship breaking happens on the beach, show them the hospital that caters to the most vulnerable workforce in India and get the pollution level in the coastal environment examined by an independent body.

TWA calls for ban on international trade in hazardous wastes and disapproves of Hongkong Convention that attempts to undermine hard earned Basel Convention under the influence of seemingly ungovernable shipping industries.
TWA disapproves of the European version of Hongkong Convention adopted by the European Council on June 27, 2013 under the influence of European shipping industry. European Parliament’s stature has been eroded by its approval of new EU Regulation on ship recycling. It has deprived itself of the opportunity to solve the environmental and occupational health crisis facing Alang, Bhavnagar, India, Chittagong, Bangladesh and Gadani, Pakistan. It has succumbed to those undemocratic institutions which remain addicted to externalizing environmental and human health costs to the shipbreaking beaches of Bangladesh, India and Pakistan. These business enterprises have manipulated the legal and political system in India, Bangladesh and Pakistan to ensure that most European owned vessels broken on these beaches of South Asia by registering under non-EU flags such as Panama, Liberia and the Bahamas.
It may be noted that ship owners have been hoodwinking legal regimes in place by not declaring their intent to dispose the vessel whilst at a European port to avoid extra costs of using safe and environmentally sound ship recycling facilities.
The new EU Regulation’s pretensions of banning breaking of EU flagged ships on tidal beaches stands exposed as it does not provide for prevention of ship owners from jumping register to a non-EU flag prior to sending their ships for breaking in order to avoid falling under the requirements of the new EU law. Beaching sites will not be approved for EU listing, which prevents EU flagged ships from being beached. But by merely choosing to register their ships under non- EU flags.
There is nothing new in European Council’s acceptance of the European Parliament’s proposal to bind all ships calling at EU ports to have an inventory of hazardous materials (IHM) that are contained within the vessels’ structure, a prerequisite for clean and safe ship recycling. It could have easily have been done under the pre-existing laws.
TWA condemns efforts of the large shipping nations such as Greece, Malta, Cyprus who blocked measures for ensuring traceability of hazardous wastes dumped in developing countries and clearly linking liability for these wastes to the polluter, the shipowner to strengthen the European Regulation.
European Council’s exemption to end-of-life ships from the European Waste Shipment Regulation meant for protecting developing countries from the dumping of hazardous wastes and incorporating the UN’s Basel Convention and its Basel Ban Amendment is indeed a breach of the European Union’s legal obligations to uphold the Basel Convention and its Basel Ban Amendment compelling 27 European Member States that are Parties to the Basel Convention to accept the fait accompli of committing  illegality and of acting in non-compliance with their obligations under international law.
EU has ratified and implemented the UN laws into the national legislation of all EU Member States via the European Waste Shipment Regulation. The latter forbids the export of hazardous wastes from the EU to non-OECD countries. Article 29 of the law on ship recycling adopted yesterday removes hazardous waste ships from the scope of application of the European Waste Shipment Regulation. Pre-existing EU legal instruments were contrary to IMO’s Convention but the new one attempts to be in line with it despite manifest legal inconsistency.
In such a scenario when EU is complicit in undermining Basel Convention proposed market-based solutions cannot make the shipping industry accountable. It has not worked in the past. It is bound fail. EU’s long held righteous stance for environmental and human rights which were cited to make developing countries emulate stands exposed.
This creates a need for trade unions, human rights and environmental groups of the North and South to join hands to oppose both the IMO’s Convention and the new EU Regulation.
For Details: Gopal Krishna, ToxicsWatch Alliance (TWA), New Delhi, Mb: 9818089660, Email:gopalkrishna1715@gmail.com, Web: www.toxicswatch.org