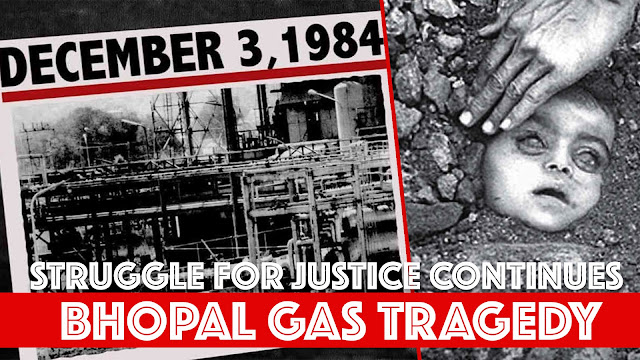 1.  Out of the official total of 5,295 gas-related deaths, are 5,000 widows because the gas only killed married men?
2.  Why hasn't the owner of the land contaminated by Union Carbide/Dow Chemical, the MP government,
ever sought compensation for environmental damage?

3.  Why in the last 11 years has the MP government not filed a single application for urgent hearing of the curative petition?

4.  Why are there still no treatment protocols for the proper treatment of gas victims, who as a result get only symptomatic treatments that often harm them?

5.  In hospitals run by the government for gas victims why, for last 10 years, are 40% of Doctors' posts and 56% of Specialists' post left vacant?

6.  Why has the PM not found time to meet the gas victims or talk about the victims of the world's worst industrial disaster in any of his 5 visits to Bhopal?

7.  Why has the MP government failed to provide employment to any gas victims or their children while it was sitting on 85 crore ($11.6 million) amount of money for last 10 years?

8.  Doctors and Medical Researchers of BMHRC responsible for carrying out drug trials for multinationals without informed consent, resulting in at least 13 deaths in 13 trials, are not being prosecuted. Why?

9.        Why are reports by official scientific agencies concerning soil and groundwater contamination by Union Carbide/Dow Chemical in Bhopal being ignored by the MP government?

10.      Why has the MP government not made any efforts to monitor the spread of groundwater contamination, a scientific fact verified by IITR, Lucknow?

11.      Why has the prosecution, CBI, not made any attempt so far to extradite the legal representative of Union Carbide and make him appear in the criminal case on the disaster?

13. Why does the Gas Relief Minister plan to pour concrete over land poisoned with chemicals which persist in toxicity for 100 years, that the concrete will not stop from spreading, and that Dow
Chemical is legally obliged to clean up?

15. Why is the MP government presenting two different figures of death — 5295 and 15242 caused by
the disaster to the Supreme Court?

16. Why is the MP government lying in the curative petition before the Supreme Court of India that 93% of gas survivors are only temporarily injured by gas exposure?

17. Why are 7 yoga centres built at the cost of 4crores lying vacant and unused for last 9 years?

18. What has been done to improve upon the 2017 NIREH (National Institute for Research in Environmental Health) study that showed almost 9 times more congenital malformations in children
born to gas exposed parents?

19. Why has NIREH stopped carrying out research on health impact of Bhopal Gas Disaster & environmental  contamination when it was created for this sole purpose in 2011?

20.      Why are there no doctors for mental illnesses in the state government hospitals meant for the gas exposed population?

21.      Why has the Ministry of Environment Forests & Climate Change not accepted UNEP's offer to carry out a scientific assessment of soil and groundwater contamination in and around the Union Carbide factory ?

22.      Why has the MP government taken no steps to prevent a mass public poisoning due to the cultivation of fish and water chestnuts in the pond contaminated by Union Carbide?

23.      Despite recommendations by two senior medical experts, why hasn't the MP government included Yoga as part of healthcare provided to gas victims ?

24.      Why are more than 500 women widowed by the Bhopal Gas Disaster being denied their pension that was promised by the CM?

25.      Why is the MP government sitting on 45 Crores ($6miIIion) meant to provide social support to Bhopal victims for the last YY years?

26.      Why for the last 3 years has the Department of Bhopal Gas Tragedy, Relief & Rehabilitation not had a single IAS official who wasn't dedicated to another department?

27.      Why are people with chronic exposure to  bio-accumulative organochlorines and persistent
organic pollutants in contaminated groundwater  denied free medical care in gas relief hospitals?
28.      Why has the Supreme Court of India ignored the central and state governments' non-compliance with its 1991 order mandating medical insurance coverage to “at least 100,000
children of gas victims born after the disaster?

29.      Why no victim of the Union Carbide disaster has received any compensation for mental illnesses caused due to toxic exposure despite scientific evidence of 30% of excess mental illnesses such as depression, anxiety disorder, insomnia and others?

30.      Why has the MP Government failed to address almost all of the concerns raised by the Supreme Court appointed Monitoring Committee for Medical Rehabilitation of Gas Victims since the committee's inception in 2004?

31.      Why has the CBI failed to make Dow Chemicals appear in the ongoing criminal proceedings on the disaster in the Bhopal District Court despite six summons issued by the Court since 2014?

32.      Why has the MP government failed to fulfil its 2010 promise to initiate a fast trial of the accused corporations and executives in the Bhopal criminal case?

33.      When it is officially acknowledged that the prolonged use of painkillers has contributed to kidney damage, and when close to 2,000 gas victims have been compensated for kidney damage, why
has the use of kidney-damaging medicines in gas relief hospitals not been reviewed, or minimised?
34.       Covid mortality among gas victims is more than 5 times that of the Bhopal District population, official records show. Why is the MP government not presenting this clear proof of long-term morbidity  in the Supreme Court to support its claim for additional compensation from
Union Carbide and Dow Chemical
35.      Why has the MP government done nothing to uphold the rights of children of gas victims, whom scientific evidence and official acknowledgements confirm are suffering health damage due to
their parents' exposure, which Union Carbide/Dow  Chemical are legally bound to compensate?
36.      When it has refused to respond to six summonses issued by the Bhopal District Court since 2014, why do the central and MP state governments allow the outlaw Dow Chemical to freely do
business in India and MP state?

37.      What happened to the money (Rs. 40 Crores) allocated in 2010 for houses for 2500 families residing near the Union Carbide factory affected by groundwater contamination?