The Energy Conservation (Amendment) Bill, 2021, to provide for enhanced new and additional financial, technological and capacity-building support, is listed for introduction to meet India's Paris Agreement commitments and to implement the Nationally Determined Contributions (NDCs).

Government of India has identified new areas to achieve higher levels of penetration of Renewable energy by proposing certain Amendments to Energy Conservation Act, 2001. The objective is to enhance demand for renewable energy at the end- use sectors such as Industry, buildings, transport.

The proposal includes defining minimum share of renewable energy in the overall consumption by the industrial units or any establishment. There is a provision to incentivise efforts on using clean energy sources by means of carbon saving certificate.

It is inexplicable as to how carbon trade and market can combat climate crisis. The past experience reveals that most carbon trade projects are business as usual projects. For instance, even judicially determined polluting waste based thermal power plants are earning carbon credits. India's proposed 100 waste to energy projects are all set to contribute to climate crisis. It distorts waste management by promoting waste incineration which emits green house gases, heavy metals like Mercury and persistent organic pollutants like Dioxins.

India has committed to an ambitious Nationally Determined Contributions (NDCs) of reducing emission intensity by 33-35% in 2030 against the levels of 2005. India is committed to achieve more than 40 percent cumulative electric power installed capacity from non-fossil-fuel energy resources by 2030.

It is claimed that by adopting energy efficiency measures, India holds a potential to reduce about 550 MtCO2 by 2030. It is also claimed that the proposed changes to the EC Act will boost the adoption of clean technologies in various sectors of economy. The provisions would facilitate promotion of green Hydrogen as an alternate to the existing fossil fuels used by the Industries.

The claim about additional incentives in the form of carbon credits against deployment of clean technologies resulting in private sector involvement in climate actions is suspect. The proposal also includes expanding the scope of Act to include larger residential 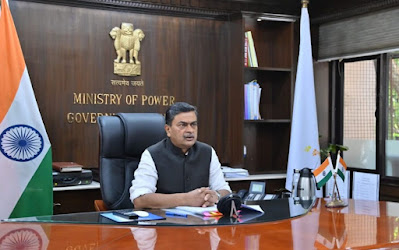 buildings, with an aim to promote sustainable habitat.

It is claimed that the amendment to EC Act, 2001 will empower institutions to contribute for India's Paris commitments and in the implementation of our NDCs.