Emergency paved the way for industrial disaster of Bhopal 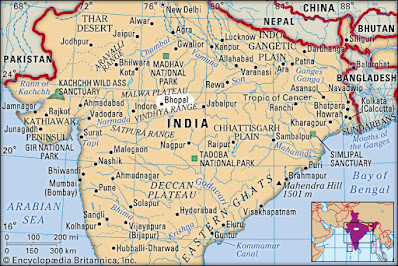 The affidavit from Central Bureau of Investigation’s affidavit in the Court of Chief Judicial Magistrate, Bhopal provides information that implies that had Emergency been not imposed Bhopal’s catastrophe caused by the US Corporation’s acts of omission and commission would not have happened. There is a compelling logic for an independent probe in the entire issue ranging from granting of industrial license, escape of Warren Anderson, role of Indo-US CEO Forum to lobbying by industrialists and ministers to absolve Dow Chemicals of liability.

It emerges that industrial license to US Corporation’s chemicals plant was granted during the period when Indira Gandhi as Prime Minister had invoked Article 352 to declare Emergency in the country from 25th June 1975 to 21st March 1977 during 21-month regime. The 7th June, 2010 verdict of the Bhopal court (attached) states that Union Carbide Corporation too refers to the application for industrial license on page no.4. According to the CBI’s recent affidavit, on 1st January 1970, Union Carbide Company had “applied for industrial license for manufacture of 5000 tones MIC- based pesticides” required under The Registration and Licensing of Industrial Undertakings Rules, 1952. An application for the registration of an existing industrial undertaking is made to the Ministry of Industry (formerly to Ministry of Industrial Development), Government of India.

R K Sahi, the then Deputy Director in the Ministry of Industrial Development (former Deputy Advisor, Planning Commission) informed the author that the entire department was against granting of the industrial license. The officials in the Ministry knew that obsolete and discarded technology and machinery was being transferred to India for which the license was granted by bypassing the due process. There was political interference in the granting of the industrial license.

The manufacture of Methy Isocynate (MIC) commenced with effect from 5th February, 1980, information regarding which was sent to the Department of Chemicals and Fertilizers vide letter dated 19th February, 1980. The company informed the Ministry of Industrial Development on 12th November, 1982 about the commencement of production in 1980, while requesting for renewal of agreement that was to terminate in 1982.

The verdict by Mohan P Tiwari, Chief Judicial Magistrate, Bhopal, Madhya Pradesh notes “Union Carbide Corporation , 39,Old Ridgebury Road Danbury Connecticut ,USA 06817” and Union Carbide Corporation, (Eastern) Inc. 16th Floor New World Office Building (East Wing) 24, Sabury Tsimsa Tsu Kowloon Hongkong, as absconders. On page 25 of the verdict, it states, “(z) It is worthwhile to mention here that the Government of India and the Team of Scientists admittedly was never permitted to visit the Plant at Verginia, USA. No brochure, or any other documentary evidence demonstrating the similarity between the two plants at Verginia and Bhopal has been produced before the court by the defence.”

On page 95 of the verdict, it is stated, “Mr. Warren Anderson, UCC USA and UCC Kowlnn Hongkong are still absconding and therefore, every part of this case (Criminal File) is kept intact alongwith the exhibited and unexhibited documents and the property related to this case, in safe custody, till their appearance.” Anderson is dead but the case is alive.

In the verdict, it is stated that “Dr. S. Varadarajan PW57, was the Head of the team of experts who visited the Plant Site very next day of the incident. He is an expert having excellent qualification. M.Sc. PhD. From Delhi & Cambridge several Honorary D.Scs also former President all three major Indian Academy of Science Bangalore, Indian National Academy Delhi started by Shri M.N. Shah and Indian National Academy of Engineering and a number of other Societies. (q)Dr. S. Vardharajan PW57, in para 2 of his statement states that there were several defects, such as MIC is a liquid but it evaporates with air and is highly toxic on inhilation as it is made of carbon monoxide. Carbon monoxide converted into Phosegen, is required to be utilized immediately and not to be stored. Storage of MIC should have been highly limited only to meet the requirements for conversion into Sevin as little as possible. (r) In Para 5 he further says that the design required inhibitor to prevent voluntary polymerization of MIC. Polymerization produces very high temperature and that accelerates polymerization in an explosive manner. There are design defects, such as use of Carbon, Steel and other material and pipes and other materials. These are leading to corrosion in the presence of even quantities of Hydrogen Chloride, Hydrochloric Acid (HCL) arising from Phosegen, Chloroform and other Chloride materials.” Although the design fault by the US corporation is established, the criminal liability of the Union Carbide’s case is yet to be settled.

It is noteworthy that Justice S Muralidhar, Delhi High Court in his seminal paper titled “Unsettling Truths, Untold Tales: The Bhopal Gas Disaster Victim’s ‘Twenty Years’ of Courtroom Struggles for Justice” concluded that the cases concerning Bhopal gas disaster should not conclude till justice has been done to every victim. Each strand of litigation is pending at various stages and the questions that have arisen remain unsatisfactorily answered.” He had aptly underlined in May 2004, “The extent of concealment and subterfuge practised by UCC and UCIL in screening away from scrutiny the extent of risk to which the MIC plant at Bhopal was subjecting the local population. The enormous lies of the UCC and UCIL now stand exposed. It is indeed disturbing that despite the Union of India and the State of Madhya Pradesh knowing fully well the extent of contamination of the plant site, neither of those entities did anything at all to enforce the liabilities of the UCC and UCIL and claim damages under this head. The settlement which the Supreme Court approved on February 14/ 15, 1989 stands severely flawed with every passing day. There now appears no possible justification for the order made on those two fateful dates. Every assumption on which the orders were based was wrong both on facts and on law. Notwithstanding the defiant posture of the Supreme Court in its review petition that its powers under Article 142 justified its approval of the settlement, which foreclosed all present and future civil and criminal claims, the court itself has had to reject the judgment in the review proceedings as an applicable precedent for future cases. The wrong remains an irremediable wrong. It bears repetition that the assumptions on which the settlement is approved was that the number of deaths was 3,000 and the number injured in the range of 1,00,000. In March 2003, the official figures of the awarded death claims stood at 15,180 and awarded injury claims at 5,53,015. The underestimation was slightly above 5 times. The range of compensation which was assumed in the settlement order would be payable was Rs.1 to 3 lakhs for a death claim, Rs.25,000/- to Rs.1 lakh for temporary disablement and Rs.50,000/- to Rs.2 lakhs for permanent disablement. Each death claim has been awarded not more than Rs.1 lakh and on an average an injury claim has been settled for as little as Rs.25,000/-. The failure of the judiciary to account for the views of the Bhopal Gas victim has been pervasive.”

While the fact of Supreme Court itself being on trial following such a litigation disaster is established, what is yet to be established is legislative competence to ensure universal jurisprudence for corporations. If Dow Chemicals escapes liability, if it's officials remain absconders and goes unpunished, it sets a dangerous precedent for democracies all over the world.

In Volume 5, Hazard Assessment of Chemicals, published by Hemisphere Publishing Corporation, Washington, page no. 236, it refers to suspicion that in addition to the chemical pesticide plant, the Research and Development (R&D) Centre that Union Carbide which operated in Bhopal since 1976 was experimenting with wartime use of chemicals. It remains shrouded in mystery although it was reputed to be among the best in the world with the R&D Centre having 3 green houses, 5 insect rearing laboratories and an experimental farm of 2 hectares. The processing of new chemicals at the R&D Centre had increased from 50 in 1980 to 500 in 1982 and the Centre was projected to test 5000 chemicals in 1985 because many chemicals could not be tested in USA because of stricter environmental regulations. This R&D centre too came up during Emergency. This industrial disaster has aptly been called the Nagasaki and Hiroshima of peace time but the suspicion regarding it being a consequence of experimenting with time chemicals is yet to be probed.

By the end of First World War, Union Carbide Corporation (which has merged with Dow Chemicals in 2001) had moved from metal and carbon to gases and chemicals and expanded to atomic energy production during Second World War. Its operations in India began in 1905 in Calcutta. It had dry cell manufacturing plant in Chennai in 1942 and in Hyderabad in 1967. In 1968, the agricultural office of the company had moved from Mumbai to Bhopal. At the time of Bhopal disaster it was the 7th largest company in the world headquartered at Danbury, Connecticut, USA with 700 operations in 38 countries.

The amendment in the Companies Act, 2013 done at the behest of anonymous donors of ruling parties uses the lockdown due to public health disaster to decriminalize at least 58 acts of corporate crimes. It reveals that no lessons have been learnt from the industrial disaster of 1984.

I appreciate the detail you went into [topic that was covered]. I am grateful for the amount of time and effort you put into this helping us.
For more info click below ��