Punjab Chief Minister Captain Amarinder Singh on August 14 ordered a ban on the sale and use of nine agro-chemicals, after the agriculture department found these were still being used by farmers despite being detrimental to the quality of paddy. The ban is aimed at protecting the paddy quality, which is critical to its export and remunerative pricing in the international market. 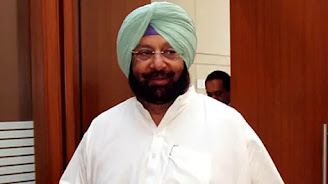 Under the ban orders, the sale, stocking, distribution and use of these nine insecticides on rice crop has been prohibited. Secretary, agriculture department, KS Pannu has been directed to issue detailed guidelines to director, agriculture Department to ensure strict enforcement of the ban, issued after state government laboratories conducted sample testing.

Pannu said, "these agro-chemicals were non-conducive to the farmers’ interest, besides resulting in degradation of quality, and also posed a risk of higher pesticide residues in rice grain than the Maximum Residual Level (MRL) fixed by the government."

The department has launched an intensive campaign over the past two years to sensitize the farmers and pesticide dealers about the hazards of the use of such chemicals on human beings. Even the Punjab Rice Millers and Exporters Association had opined that several samples contain the residue value of these pesticides, much above the prescribed MRL values in Basmati rice.

Is there any twitter link we can follow you please? Mercury fillings have been issued a warning against by FDA. What is the update of that in India sir?