Expressing his support for the agitation of villagers of Jamsher and adjoining villages and responding to concerns expressed by environmentalists, Jalandhar Cantt MLA and former Captain of Indian Hockey Team Pargat Singh says, "The solid waste management plant which was proposed in my constituency was logically, legally, technically and environmentally not right and people of my area are against it".

Vindicating the conerns regarding such toxic plants, un a significant related development, Canberra, the Australian Capital Territory (ACT) and National Capital and home to Australian Parliament and Federal Government has recently banned waste incineration.The ACT Greens party, led by Shane Rattenbury, was successful in having the state waste policy specifically exclude waste incineration.
In effect this is the first waste incineration ban in Australia and at a time when all other states are under extreme pressure to fast track these projects and embed waste incineration into their policies and scandalously, their circular economy policies. This ban now sets a new precedent for Australia and will likely have a positive influence in the Asia Pacific region.

It is one small step for Australia...and one giant leap forward for zero waste, a circular economy and our toxics free future! National Toxics Network, ACT Greens, ACT state parliament and the awesome local groups who have made this possible, said Jane Bremmer of Zero Waste Australia & Campaign Coordinator and of National Toxics Network Australia
In Punjab, the agitation against toxic waste plant began in September, 2011 at a public hearing for obtaining environmental clearance for setting up of a Municipal Solid Waste (MSW) processing facility in Jamsher village by Municipal Corporation Jalandhar, it emerged that there was unanimous opposition to the project which involved waste burning for generation of electricity. The villagers feared threat to human health and environment from the toxic waste to electricity plant. The villagers from all the adjoining villages who are likely to be adversely affected expressed their bitter opposition to the proposed poisonous power plant.

The Department of Local Government, Government of Punjab has initiated to implement an “integrated MSW management facility for Jalandhar cluster comprising of Jalandhar city and 25 other Urban Local Bodies (ULBs).” This means that wastes from ULBs like Jalandhar, Adampur, Alawalpur, Banga, Begowal, Bhogpur, Bhulath, Dasuya, Dhilwan, Garshankar, Goraya, Hariana, Hoshiarpur, Kapurthala, Kartarpur, Lohian Khas, Mahalpur, Nakodar, Nawan Shehar, Nurmahal, Phagwara, Shahkot, Sham Chaurasi, Sri Hargobindpur, Sultanpur and Umar Tanda will be transferred to the plant site in Jamsher village. The villagers made it clear that come what may they will not allow the cancer causing plant in their region.

The villagers got agitated after officials failed to answer their public health related questions.

As per the Draft Environment Impact Assessment (EIA) report, “The facility will comprise of a MSW processing facility at Jamsher village in Jalandhar district for processing the MSW from Jalandhar cluster and an engineered Sanitary Land Fill (SLF) site at Hoshiarpur town in Hoshiarpur district for disposal of processing rejects and other inert wastes generated by the processing facility.” Although it is quite clear that it is an EIA for electricity generation, the public hearing did not reveal it explicitly.

At the public hearing Punjab Pollution Control Board conceded that it does not have the capacity to even test persistent organic pollutants like dioxins. The project developer could not explain how they will segregate heavy metals like lead and mercury from the mixed waste which is to be burnt as per the EIA report.

Jagbir Singh Brar, ex-MLA, Jalandhar cantt, Punjab observed that “the public hearing for “Municipal solid waste processing facility” is quite strange. This is actually a waste burning project. It is a power project based on waste. The question is why has Punjab Pollution Control Board and the project developer hidden this fact from the public. I have learnt from newspapers and research reports that such plants have failed in India, why a failed project is being proposed here. A similar plant has failed in Timarpur in Delhi and in Andhra Pradesh. Delhi High Court had scolded the Govt. for such experimental technology in the past.”

He added, “Project Developer and Punjab Pollution Control Board are trying to confuse the public by not revealing that waste burning is highly polluting. It has not told the public about the health effects and diseases caused by waste burning plants. No health and environmental loving person can allow such polluting and disease causing plant in there place of residence. I am deeply concerned about the health of the villagers from the locality and its impact on the dairy. I on my own behalf and on behalf of the people of Jalandhar urge you to ensure that this Dioxins emitting technology of waste burning in the residential area is not allowed. This plant should not get environmental clearance in view of its adverse impact on public health and environment.”

Dr. Gopal Krishna of ToxicsWatch Alliance (TWA) who was also present at the public hearing noted that while the project has two components comprising of “municipal solid waste processing facility” and an engineered Sanitary Land Fill, this EIA report only dealt with the former. The project has deliberately been broken into two parts to obviate combined resistance from the villagers of Jamsher and Hoshiarpur. This EIA report is misleading both the residents of Jamsher, Hoshiarpur the Jalandhar. The report states that the total area available for development of the “MSW facility is approximately 25 acres”. Why does it exclude Hoshiarpur’s 30 acre? As per the TOR given in the Draft EIA report for the MSW facility, some 20 points out of the 35 points mentioned refer to landfill but this document is silent about it.

It is claimed in the Draft EIA report that the MSW processing plant to consist of burning of RDF (Refuse Derived Fuel) plant, biomethanation plant, power plant (optional) and composting facility. The plant will be designed to process 700 Tonnes Per Day (TPD) of Municipal Solid Waste and is expected to generate around 260 TPD of Refuse Derived Fuel (RDF) in the form of fluff. The fluff is expected to have a Gross Calorific Value (GCV) of 2,500 Kcal/kg to 27,000 Kcal/kg. The plant will also be designed to process 50 TPD of green waste for producing biogas in a biomethanation plant and manure in a composting facility. The biogas generated is expected to be about 2,750 to 3,000 Nm3/day and manure quantity is expected to be about 6-7 TPD. The RDF plant and the biomethanation plant are expected to operate for 330 days in a year. The total cost of the integrated MSW processing facility is estimated to INR 99.21 crores. The project will be made operational in a span of 14 months, it is claimed.

It is confessed in the EIA report that waste collected from various sources in the Jalandhar cluster will have differing calorific values. It is not revealed how Indian waste, which has calorific value of 800-1000 kcal will gain the Gross Calorific Value) of 2,600+ kcal / kg after drying and separation of non-combustible and recyclable fraction and after conversion to RDF.

Dr. Krishna observed that If the project is to be implemented by companies like Jindal Urban Infrastructure Limited (JUIL), a company of M/s Jindal Saw Group Limited owned by Prithviraj Jindal, which has no previous experience in waste management, it will distort waste management beyond repair.

Given the fact that the project proponent is using RDF technology it is relevant to note that all such experiments based on this technology to treat waste has failed in the country. A similar plant proposal compelled the union Environment Minister to write to Delhi chief minister that there has been violation in basic condition stipulated in environment condition. It violates the recommendation of the environment Ministry.

In a White paper on Pollution, it has been underlined that Indian waste is suitable only for Biological Treatment Methods. It violates the recommendation of Supreme Courts committee on Waste to Energy that insisted on segregation of waste its source. Once waste is segregated, compostable waste can be composted and recycled waste can be recycled. In such a scenario, what is the need to burn the waste.

The power generated will be highly expensive. Experts suggest that it is 4-5 times costlier than the conventional electricity. The EIA report does not reveal how the project developer will deal with toxic ash which will contain heavy metals like mercury. If such ash is dumped in place like Hoshiarpur, it will adversely affects the health of the people of Hoshiarpur. In 1990’s, a similar waste Energy Plant was shut down in Delhi because the garbage had about 60% organic waste and large amount of silt. The waste of Jalandhar will not be any different.

Indian waste has some 60 % organic waste and some 25 % sand, dust and ash. Incineration of such waste is inadvisable. It promotes waste generation, what is required is waste prevention and reduction and zero waste system that guarantees returned on investments and healthy communities. There is threat to ground water from ash disposal. Incineration also creates huge amount of Air pollution. It also releases Carbon monoxide, oxides of sulphur and nitrogen, hydrocarbons and particulates in the air. Waste incineration emits Green House Gases as well. This technology has high public health cost. It causes cancers, birth defects in villagers living in the vicinity of incineration.

It is clear to the villagers of Jamsher and adjoining villages of Jalandhar Cantt that incineration is the most costly waste management option from the point of view of public health environment and natural resources. Therefore, the villagers contend that the power plant based on waste should not get approval. It is noteworthy that Union Ministry of New & Renewable Energy is damaging waste management in cities like Jalandhar by providing subsidy to such polluting projects. States must not allow themselves to be misled by this Union Ministry and should desist from approving such hazardous projects given the fact that health is a state subject under the Constitution. 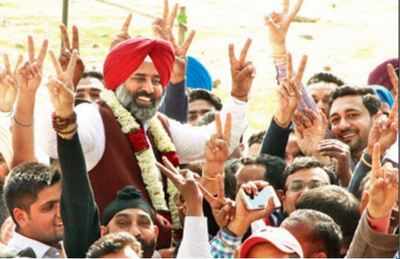 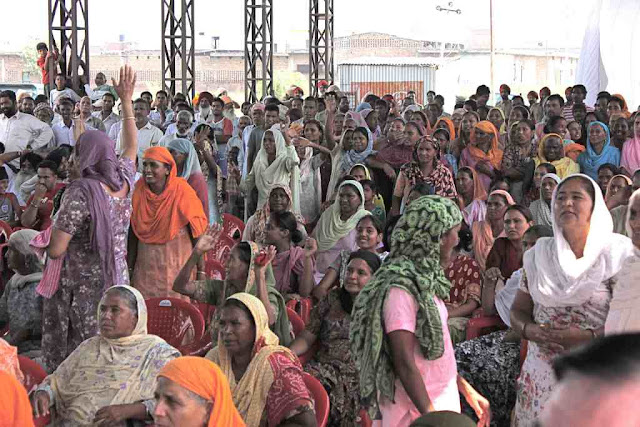 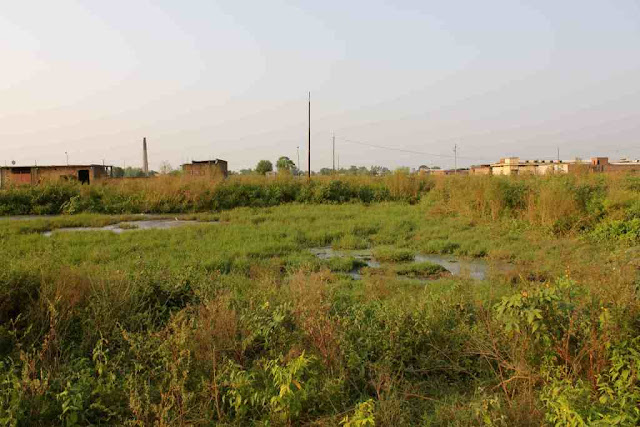