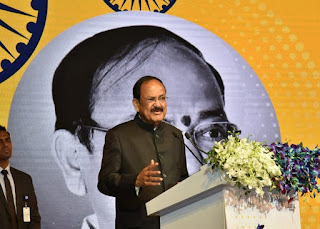 Subject-Request for referring The Recycling Of Ships Bill, 2019 to Parliamentary Standing Committee on Science and Technology, Environment, Forests and Climate Change to safeguard country’s maritime environment from harmful and hazardous wastes and materials
Sir,

I submit that the Parliamentary Committee on Science and Technology, Environment, Forests and Climate Change may be requested to examine how as part of Clean India Mission, our Government can try to regain its original stance of being a strong opponent of the international waste trade and an ardent supporter ban on toxic waste exports from the world’s richest countries to less industrialized ones. Government of India should recollect its position at the First Conference of Parties to the Basel Convention in Piriapolis, Uruguay, from 3-4 December, 1992. Shri A. Bhattacharja, Head of the Indian delegation who pleaded with industrialized countries to stop exporting hazardous waste. “You industrial countries have been asking us to do many things for the global good — to stop cutting down our forests, to stop using your CFCs. Now we are asking you to do something for the global good: keep your own waste.” Government of India was firm even at the Second Basel Convention Conference of Parties, in March 1994 and advocated ban on all hazardous waste exports from the world’s most  industrialized countries, the members of the Organization of Economic Cooperation and Development (OECD) to non-industrialized countries like India. It was only in 1995 that Government of India revised its position at the Third Basel Conference of Parties in September 1995 under the harmful influence of representatives of the US and Australia.

I submit that US Government and ICC have been instrumental in outwitting the UN ban on hazardous waste trade through bilateral Free Trade Agreements between countries. In one of its position paper on the Basel Convention, ICC has even called for the ban on hazardous waste to be stopped by the World Trade Organization (WTO) because it is trade disruptive. This undermines the customary environmental law principles.

To safeguard our country’s environmental security and maritime security, India should not allow itself to be misled by hazardous waste traders who are blinded by their lust for profit at any human and environmental cost. In any case the truth about who all were immorally, unethically and unpatriotically complicit with merchants of death, the hazardous waste traders and who all defended public health will not remain hidden for long. This is required to ensure that foreign toxic waste does not flow in the veins and arteries of present and future Indians.

In view of the above facts, I wish to request you to save India from becoming the dumping ground of rich countries by referring The Recycling of Ships Bill, 2019 to the above mentioned Parliamentary Committee.

Your new valuable key points imply much a person like me and extremely more to my office workers. With thanks; from every one of us.
CRM with Invoicing