Responding to senior advocate Indira Jaising’s reminder on 7 February 2019 about Supreme Court’s previous judgment saying that the judgment should be pronounced within three months after hearing is concluded and is reserved for orders; Justice A K Sikri pronounced the awaited verdict on 14 February, 2019 after the hearing was concluded on November 1, 2018. 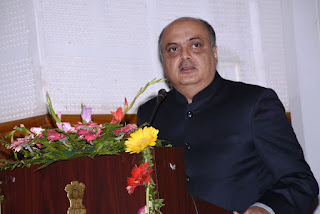 Justice Sikri Bench complied with Supreme Court’s verdict in Anil Rai Vs State of Bihar. But Supreme Court’s order is not being complied in Patna High Court which has not pronounced its verdict in Dr. Rakesh Verma V State of Bihar (2017) even after 10 months of admittedly concluding the arguments. Single Judge Bench of Justice Ahsanuddin Amanullah passed an order on 2nd April, 2018 saying, “Learned counsel for the parties have been heard. Arguments concluded. The matters be listed under the heading ‘For Orders’ on 9th April, 2018”. The matter was listed “For Orders” on 9 April, and 4 September of 2018. It was listed “For Admission” on 20 April, 2018. The matter was listed “For Orders” on 23 April, 2018 but it was adjourned. (Photo: Justice Ahsanuddin Amanullah)

The petitioners have filed the case against the Government of Bihar on the subject of the retirement age of 65 years for teaching employees of Universities. As per the petitioners retirement age stands extended to 65 years and they cannot be forced to retire on or after that date prior to attaining the age of 65 years. These writ petitions were filed in the Patna at High Court on 3rd October, 2017 challenging the order of the Bihar Government.

It is evident that this Bench of Patna High has not paid required attention towards the verdict in the case of Anil Rai Vs State of Bihar, wherein the Division Bench of Supreme Court comprising of Justices K T Thomas and R P Sethi observed “….as the pronouncement of judgement is a part of justice dispensation system, it has to be without delay.”

The Supreme Court enumerated remedial measure saying, “(i) The Chief Justices of the High Courts may issue appropriate directions to the Registry that in a case where the judgment is reserved and is pronounced later, a column be added in the judgment where, on the first page, after the cause-title date of reserving the judgment and date of pronouncing it be separately mentioned by the court officer concerned.” The inaction by Patna High Court after the judgment was reserved in Rakesh Verma v State of Bihar and some 14 other cases shows that Supreme Court’s instructions have not been complied with so far.

The Supreme Court enumerated remedial measure saying, “(ii) That Chief Justices of the High Courts, on their administrative side, should direct the Court Officers/ Readers of the various Benches in the High Courts to furnish every month the list of cases in the matters where the judgments reserved are not pronounced within the period of that month.” There is no clarity about compliance with this instruction by the Patna High Court.

All the petitioners are senior citizens who have been denied salaries etc. This has compelled them to live a inhuman life. They are unable to fulfill their moral, financial liabilities to their families specially their old parents and dependent children regarding their medicines and other necessary expenses. The continued delay in the pronouncement of the order has made them miserable because of denial of their fundamental right to life and livelihood.

It is noteworthy that Justice Amanulah Bench of Patna High Court has passed an interim order in this very case dated October 18, 2017 saying, “Learned counsel for the U.G.C. has filed a counter affidavit which is the downloaded net copy of the original. He has assured the Court that on the reopening, the main copy shall be filed in the Court. In the meantime, let the copy produced be kept on record. In view of the fact that the petitioners have been issued notice as to why action be not taken against them for having continued beyond the age of 62, the Court deems it appropriate to direct that until further orders, no coercive action shall be taken against them.” It also observed “It is further indicated that as the matters are urgent and have been heard for quite sometime, it is only fair that they be heard with a view for their final disposal, without any further indulgence”. It is eminently clear that Justice Ahsanuddin Amanullah has given partial relief to the petitioners. But disregarding his order coercive actions are being taken against some of the petitioners. The concerned officials who have denied the fundamental rights of the petitioners continue to enjoy indulgence. Given the fact that High Court has taken the submission of UGC on record, it is germane to note that the UGC’s communication on enhancement in the age of superannuation from 62 to 65 years for teaching positions is unambiguous.
It is available at. https://www.ugc.ac.in/oldpdf/PSOrders/ageteachingstaff.pdf

After 10 months of non-compliance with Supreme Court’s judgment by the Patna High Court, can these 21 petitioners, the university teachers expect pronouncement of the long awaited verdict before the expiry of one year of the conclusion of the arguments on 2nd April, 2019? The counsels of the petitioners do not seem to have seem to have covered themselves with glory either. Amidst the burden of pending cases before the bench of  Justice Amanulah, it is their duty to ensure compliance by making written submissions as per Supreme Court's instructions in Anil Rai case where it has been made amply clear that "Where a judgment is not pronounced within three months from the date of reserving judgment any of the parties in the case is permitted to file an application in the High Court with prayer for early judgment. Such application, as and when filed, shall be listed before the Bench concerned within two days excluding the intervening holidays.” There is nothing on record to show that the counsels of these 21 university teachers have done so.

Supreme Court in the case of Anil Rai Vs State of Bihar observed, “….once the entire process of participation in justice delivery system is over and only thing to be done is the pronouncement of judgement, no excuse can be found to further delay for adjudication of rights of parties, particularly when it affects any rights conferred by the Constitution under Part III.”


As of February 2018, there were some 1,45,110 cases pending in the Patna High Court in the absence of sufficient strength of judges. The number of pending cases have increased further despite the hard work of judges who are working even on Saturday to clear the backlog. The delay by Justice Amanulah Bench could be because of the enormity of pending cases or due to the passivity of concerned counsels in the case but public institutions like High Courts remain legitimate in the eyes of citizens, "we the people" only as long as they do not get structurally coerced to become complicit in creating a situation where Judgment Delayed is Justice Denied.

The author is a public policy and law researcher, Convener, Citizens Forum for Civil Liberties (CFCL) and editor of ToxicsWatch Journal, www.toxicswatch.org