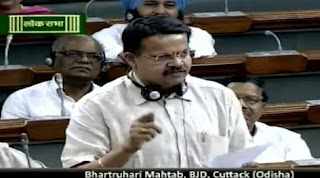 The Minister of State In the Ministry Of Environment, Forest and Climate Change, Dr. Mahesh Sharma replied, “Central Pollution Control Board (CPCB), State Pollution Control Boards (SPCBs) and Pollution Control Committees are monitoring river water quality at 1275 locations which indicate that there are 302 polluted river stretches, which is primarily due to discharge of untreated municipal sewage and industrial effluent.

Water Aid has not under taken any independent assessment of surface water pollution in India and its report is based on assessment of CPCB and other organizations.

Government has taken a number of steps to control river pollution which include control of industrial pollution under the provisions of Water (Prevention and Control of Pollution), Act, 1974; river action plans for interception, diversion and treatment of sewage; establishment of continuous water quality monitoring systems; directions to the SPCBs under Section 18(1)(b) of the Water (Prevention & Control of Pollution) Act,1974 to direct concerned agencies in the State/UT to develop infrastructure for sewage treatment; consent management for compliance of standards by SPCBs/PCCs to improve water quality of the rivers with respect to industrial effluents; directions under Section 5 of the Environment (Protection) Act, 1986 regarding treatment and utilization of sewage for restoration of water quality of rivers.