Paranjoy's article is about energy justice 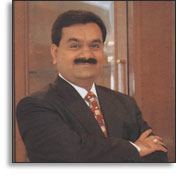 The invitation of the NITI Aayog for public comments on its Draft National Energy Policy assumes greater significance in the context of scandal ridden energy sector. The disclosures in "Modi Government’s Rs 500-Crore Bonanza to the Adani Group" by Paranjoy Guha Thakurta, Advait Rao Palepu, Shinzani Jain and Abir Dasgupta on 19th June, 2017 underlines a critical moment. These revelations illustrate the structural reasons for energy injustice in our country.


This Economic & Political Weekly (EPW) article (is available on thewire.in but removed from EPW website) refers to notification 9/2016 dated February 16, 2016 which specified that the ­largest power plants in the country with ­installed capacities of more than 1,000 MW each that received formal approval for establishment in an SEZ prior to February 27, 2009 have been granted complete exemption from payment of duty. This move apparently benefited companies like Adani Power Limited but smaller power plants (of less than 1,000 MW capacity) continued to be taxed. 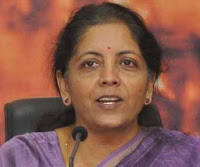 As per the EPW article, in August 2016, the Special Economic Zones Rules, 2016, were amended by the department of commerce to insert a provision on claims for refund under the Special Economic Zones Act, 2005. The amendment seems to be made to specifically provide Adani Power Limited a chance to claim refunds of some Rs 500 crore on customs duty. The author of this article is in possession of documents that reveal that this company did not pay customs duty on the coal imported for the generation of electricity.

But Department of Commerce is ­allowing the company to claim refunds on duty that has never been paid by it.


Directorate of Revenue Intelligence, Ministry of Finance noticed over-invoicing in coal imports from Indonesia and siphoning of funds outside the country by firms in the Adani and Essar Groups who are also accused of over-invoicing imported power plant equipment. Other firms like Reliance ­Infrastructure & Rosa Power Supply too have been been under the scanner. 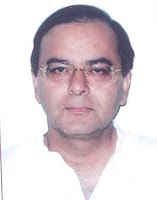 In this regard deafening silence of Arun Jaitley, Nirmala ­Sitharaman and Deepak Nayyar, Chairman of Sameeksha Trust & publisher of EPW is intriguing. Notably, Deepak Nayyar has worked as Economic Adviser in the Ministry of Commerce and has been Chief Economic Adviser to the Government of India and Secretary in the Ministry of Finance. It is significant to note that Nayyar ordered removal of EPW article on Adani from EPW website with immediate effect.

In such a backdrop, Draft National Energy Policy issued by NITI Aayog merits greater attention at a time when invisible and anonymous beneficial owners of institutions of all ilk are calling the shots and draining nation's wealth in myriad disguises. It is essential for establishing energy democracy and securing it from Puppet Masters.
Share this article :
Labels: Energy Justice