After the CBDT press statement, the question emerged as to whether the income tax return filed without quoting UID/Aadhaar number would be deemed and rejected. The reading of 9th June 2017 order reveals that the answer to this question is ‘no’.  Section 139(9) of the Act defines Defective returns which a limited definition. It does not refer to deficiency emerging from absence of UID/Aadhaar. This definition has not been expand by the Income Tax Department. From this situation it can be inferred that while it may be mandatory under 139AA (1) to enroll for UID/Aadhaar and quote it while filing the return, there are no consequences for non-compliance with that mandate. The para 90 of the 9th June order was read out by the Justices A M Khanwalikar and Navin Sinha bench. 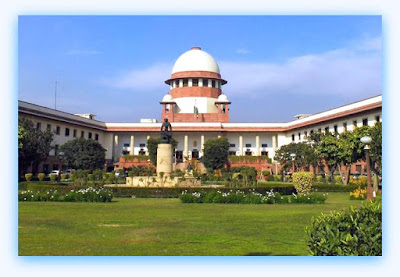 The most significant aspect with regard to the legal status of UID/Aadhaar is ara 90-91 of Court’s order of June 9, 2017 in the Binoy Viswam V Union of India case. The verdict is attached. The observation of 2-two Judge Bench of Justice A K Sikri and Justice Ashok Bhushan Court’s reads: “it is clear that there is no provision in Aadhaar Act which makes enrolment compulsory….Fact remains that as per the Government and UIDAI itself, the requirement of obtaining Aadhaar number is voluntary. It has been so claimed by UIDAI on its website and clarification to this effect has also been issued by UIDAI….Thus, enrolment under Aadhaar is voluntary”.
The order is available at: http://sci.gov.in/supremecourt/2017/11151/11151_2017_Order_09-Jun-2017.pdf

It is apparent that citizens will have to contest each instance wherein it is being made mandatory by the centre, the states and other agencies the way it has been fought in US, UK, Australia, Germany, France and China where UID/Aadhaar like projects have been abandoned. UID/Aadhaar is creating a permanent emergency architecture at the behest of IFIs, foreign govts and firms. Opposition parties have failed to raise it the way it was raised in US and UK.

As per Supreme Court's order aadhaar is voluntary for telephone connection. The February 6, 2017 order of the Court on mobile/telephone is attached.

Meanwhile, Major General (retired) Sudhir Vombatkere contested linking of his military pension with UID/Aadhaar, the Court gave him relief (but the relief is confined to him only). It seems that each one of us will have to contest it to get relief. He is also a petitioner in the case in the Court.

Government of India Ministry of Defence (MoD) Department of Ex-Servicemen's  Welfare (DESW) issued an Extraordinary Gazette Notification No.S.O-747(E)  dated March 3, 2017, published in the Gazette of India dated March 6, 2017,  concerning military pensions, in which it stated that, “An individual  eligible to receive the pension benefits is hereby required to furnish proof  of possession of Aadhaar number or undergo Aadhaar authentication”. It
notified the last date for doing so as 30 June 2017.
Major General S.G.Vombatkere, a military pensioner, challenged the  Notification by filing Writ Petition No.18444/2017 in the Hon'ble High Court  of Karnataka, making the Union of India (Secretary, MoD); Union of India (Jt  Secretary, DESW); Principal Controller of Defence Accounts (Pensions),  Allahabad; and Canara Bank (Manager, Jayalakshmipuram Branch, Mysuru) as  Respondents. The Petitioner, Maj Gen S.G.Vombatkere, was represented by Advocate Sri Clifton D'Rozario.

This Petitioner's argument before the Hon'ble Court was that the order of the  Hon’ble Supreme Court dated 11.08.2015 as modified by the Order of the  Constitution Bench dated 15.10.2015, emphatically mandates that the Aadhaar  number will not be used by the Respondents for any purpose other than the  PDS Scheme, LPG Distribution Scheme, MGNREGS, National Social Assistance  Programme (Old Age Pensions, Widow Pensions, Disability Pensions), Prime  Minister's Jan Dhan Yojana (PMJDY) and Employees' Provident Fund  Organisation (EPFO), and that it would be voluntary. It was further argued that even the Aadhaar (Targeted Delivery of Financial and Other Subsidies, Benefits and Services) Act, 2016, does not make Aadhaar compulsory, and mandates that persons without Aadhaar shall be offered alternate and viable means of identification for delivery of the subsidy, benefit or service.

Hon'ble Mr. Justice A.S.Bopanna who heard the case, while issuing notice to  the Respondents, was pleased to pass an Interim Order on April 27, 2017,  directing the Respondents “not to insist upon Aadhaar card or proof of  application for issue of Aadhaar card for the purpose of disbursing military pension to the Petitioner if he is otherwise entitled to receive such  pension, pending consideration of this Petition”.

The next date of hearing in the Supreme Court in matter related to UID/Aadhaar linked welfare schemes filed by Shanta Sinha & Kalyani Menon Sen is on 7th July, 2017.

For Details: Dr Gopal Krishna, Citizens Forum for Civil Liberties (CFCL), Mb: 08227816731, 09818089660, E-mail-1715krishna@gmail.com, Web: www.toxicswatch.org
P.S: The Constitution Bench required to be set up to hear the constitutionality of the UID/Aadhaar number project is yet to be set up despite urgent request made in the order dated October 15, 2015 by 42nd Chief  Justice of India (CJI) headed Constitution Bench. The request has been repeated in the 9th June 2017 order. It seems unless Attorney General (AG) requests for it, it will not be set up. 44th CJI does not see urgency if it is pointed out by petitioner's lawyers, it sees urgency only when AG says its urgent! It seems it will have to wait for the arrival of 45th CJI in July.