Why promoters of biometric UID Aadhaar are wrong & irresponsible?

When asked about why India chose to go with the UID/Aadhaar model when several countries like France, Britain and Germany have disbanded such identification projects, Nandan Nilekani, a former official of Unique Identification Authority of India (UIDAI) replied, “Their purpose was not development, inclusion, saving government money or curbing corruption. How can you compare Aadhaar with the smart card project in some other country? Even I would have disbanded those” in an interview with BusinessLine.

His reply is a classic case of outright fibbing, misrepresentation and sophistry. It represents a sample of all the replies UIDAI’s has provided to concerned Indians since its inception. 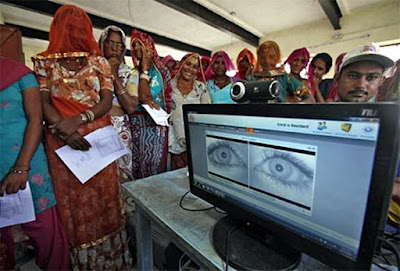 Take the case of Britain mentioned by Nilekani,  a 15-page Wipro document, titled ‘Does India need a Unique Identity Number?’ cited the example of the United Kingdom’s Identity Cards Act, 2006, on page no. 6 to advance the argument for a biometric UID/Aadhaar number in India. If it was not comparable as Nilekani will have us believe, why did Wipro cite Britain’s identification project to make a case for UID/Aadhaar for Indians.

A bizarre situation is emerging where citizens chose a government that was supposed to represent them but their government is undertaking the task of coercively biometrically authenticating whether or not those it represents are indeed those who they claim to be. It ends up breaking the sacrosanct social contract between the citizen and the State in an unprecedented act of breach of trust. The attempt to undertake convergence of all the sensitive databases of Indians and the confidence of promoters of UID/Aadhaar in the irreversibility of their efforts has thrown as yet an unmet open political challenge to the opposition parties and informed citizens.

For Details: Dr Gopal Krishna, Member, Citizens Forum for Civil Liberties (CFCL), who has been working on the subject of Big Data and biometric-digital surveillance technologies. He had appeared before the Parliamentary Standing on Finance that examined and trashed Aadhaar Bill, 2010. He is editor of www.toxicswatch.org Mb: 9818089660, 08227816731, E-mail: 1715krishna@gmail.com

Thanks for giving information, Aadhaar is the term for the unique identity number issued by the UIDAI.No resident can have a duplicate number since it is linked to their individual biometrics.
Know more click here.