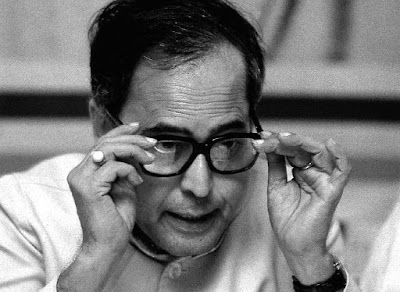 It is noteworthy that Capt Raman has been the Chairman of Internal Security Committee, Bombay Chamber of Commerce & Industry (BCCI), Head of Subgroup on Industry Guidelines, a Member of National Task Force on Internal Security, the Confederation of Indian Industry (CII), Member of Citizens’ Advisory Committee appointed by the Bombay High Court, Member, Advisory Council, India Information Security Conference and member of the London Speaker Bureau. He is the former CEO of Mahindra Special Services Group (MSSG) – a leading corporate security risk consulting firm that helps organizations reduce risk and enhance competitive advantage. He has been Coordinator for IT in Mahindra United World College. He was the CEO of AutomartIndia (now known as FirstChoice). He arrived in India to address the insecurities of corporations.

Capt Raman has been facilitating corporation’s desire to control population as is evident from FICCI’s 2008 December report on National Security and Terrorism, and ASSOCHAM and KPMG’s 2010 report on Homeland Security in India, which underlines the link between NATGRID and the UID/aadhaar as tracking devices. In May 2011, the government extended the services of NATGRID CEO Capt Raman for six months from June 1st, 2011. Approval for it was withheld last year. Capt Raman had the responsibility of setting up the IT Infrastructure including the hugely ambitious Internet Connectivity link-a convergence project in his earlier incarnations besides having been trained in hacking in Foundstone and in Competitive Intelligence in the US. The current government did not renew the contract of Capt Raman but NATGRID is unfolding the way UIDAI’s project is unfolding even in the formal absence of Shri Nilekani from the government.

We submit that that UID/Aadhaar Number is linked to Islamabad based National Database & Registration Authority (NADRA) that was established in March 2000 to provide integrated homeland security solutions in Pakistan. Earlier, it was established as National Database Organization (NDO), an attached department under the Ministry of Interior, Government of Pakistan in 1998.  On 10th March, 2000, NDO & Directorate General of Registration (DGR) merged to form NADRA, an independent corporate body with requisite autonomy to operate independently and facilitate good governance. With the mandate of developing a system for re-registering 150 million citizens, NADRA launched the Multi-Biometric National Identity Card project developed in conformance with international security documentation issuance practices in the year 2000. The program replaced the paper based Personal Identity System of Pakistan that had been in use since 1971.This year is also quite important.  To date over 96 Million citizens in Pakistan and abroad have utilized the system and its allied services to receive tamper resistant ISO standard Identification Documents. NADRA has developed solutions based on Biometrics and RFID technology and has the largest IT infrastructure in Pakistan with highly qualified technical and managerial resources enabling NADRA to provide customized solutions to any country. The million-dollar question is: Is there any development indicator that suggests that citizens or residents in Pakistan have benefited from UID version (Multi-Biometric National Identity Card project) there?

We submit that senior officials of NADRA and UIDAI like Shri Tariq Malik and Shri Nandan Manohar Nilekani have been awarded by ID WORLD International Congress, the Global Summit on Automatic Identification in Milan, Italy which is sponsored by agencies like American Bank Notes Corporation and a French biometric technology company, Morpho, Safran group’s security unit that too has got contracts from UIDAI.

We submit that Wikileaks cable reveals how the USA’s State department is interested in knowing about India’s Unique Identification program, a biometric database of the world’s largest democracy. The information sought by US authorities is available on Wikileaks website. It also appears that UNDP’s “Innovation Support for Social Protection” as part of financial surveillance plan is also linked to it.

We submit that although UIDAI claims that UID/aadhaar number scheme is for residents of India, C Rangarajan Committee on the Collection of Statistics Act reveals in Para titled ‘Centralised Database of Citizens (Population Register)’ that “A centralised database of the citizens of the country with a system of issuing a unique identification number/card has several potential benefits to its citizens and will improve the efficiency of administration. The project, if implemented, will have obvious benefits to the statistical system.”

In the UK war-time documents for identification were abolished in 1952 but in 2007, ID cards were re-introduced by Shri James Hall moved from US based biometric technology company, Accenture to become head of the UK’s Identity & Passport Service In October 2006. UK’s Shri David Cameron led government abandoned the ID project introduced by Shri Tony Blair. Shri Hall lost his job.

We submit that you should consider inviting testimony from Shri Assange, Shri Snowden and Indian researchers, jurists and relevant current and former scientists who have put their lives at risk to tell Indian government, Indians and others that they are being spied upon by foreign governments, banks and transnational surveillance technology companies for the protection of Indians including present and future Presidents, Prime Ministers, judges, legislators and officials handling sensitive assignments.

In view of the above, before your tenure comes to an end, we solemnly and earnestly appeal to you to save the present and future citizens from unlimited government as a consequence of an unlimited database of Indians and anonymous financing of political parties under the Aadhaar Act, 2016 and amended Companies Act, 2013 by seeking Hon’ble Supreme Court’s opinion under Article 143(2) of the Constitution of India on the constitutionality of biometric UID/Aadhaar in supreme national interest. This Article has not been used so far but extraordinary situations create compelling logic for extraordinary patriotic steps which can set a healthy precedent for all times to come.

We will be happy to meet you as a delegation in this regard.

Thanking you in anticipation.

*CFCL had appeared before the Parliamentary Standing on Finance that examined and trashed the Aadhaar Bill, 2010. CFCL has authored over hundred articles on the subject of Big Data and biometric-digital profiling based identification and surveillance technologies.
Share this article :
Labels: Aadhaar Number, Big Data, UID