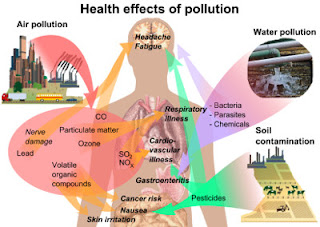 India continues to lag behind by operating under 2004 UN Convention on Persistent Organic Pollutants (POPs) without accepting the subsequent amendments. Serious public health concerns create a compelling logic for India to ratify all the New POPs in the new year.

India is one of those countries which not accepted any New POPs but operating is under 2004 treaty. The other such countries are: Australia, Bahrain, Bangladesh, Russian Federation, Slovenia, Vanuatu and Venezuela. Notably, Israel, Italy, USA, Malaysia, Malta, Brunei Darussalam and Haiti are non-Parties to the Convention. The Eight Conference of Parties (COP8) of Stockholm Convention on Persistent Organic Pollutants will take up the listing of three more substances: DecaBDE, Short-chain chlorinated paraffins, and HCBD in May 2017.

The last three-Hexachlorobutadiene (HCBD), Pentachlorophenol (PCP) and Polychlorinated naphthalenes (PCNs) were added to the treaty at COP7 in 2015.

When a substance is added to the Stockholm Convention, the ban applies to most countries unless they write the Secretariat saying that they cannot accept it. However, a small group of countries has an arrangement which automatically rejects a new listing unless they write the Secretariat to accept it. This is supposed to give countries a chance to have a little time to facilitate elimination. However, in practice some countries use this as an excuse not to do anything.

The countries with this special arrangement referred to as “opt-in” include India. The other such countries are: Argentina, Australia, Bahrain, Bangladesh, Botswana, Canada, China, Estonia, Guatemala, Mauritius, Micronesia, Republic of Korea, Republic of Moldova, Russian Federation, Slovenia, Vanuatu, and Venezuela. The Convention’s secretariat is yet to provide news about the three remaining New POPs.
For more details visit:

Corporate events by any organization always need special preparations. This would include preparing all the pre-convention conferences, working with the visual performers and authors, choosing the correct corporate event venues San Francisco for the conference, choosing food etc.

Nice article.Thank you so much for sharing this information.