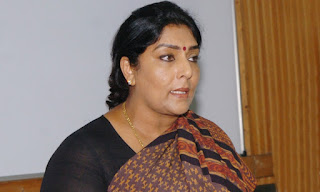 Subject: Request for Submission of views/evidence on Environmental Impacts of GM crops

With due respect we wish to state that we have learnt that PSC on Science & Technology, Environment & Forests has chosen "Environmental Impacts of GM crops" as one of its subjects of study, we wish to make submissions on behalf of ToxicsWatch in this regard.

We submit that the entire country cannot and should not be turned into a big laboratory and all Indians into lab rats for GM experiments.

We submit that the claims on the yield increases from GM crops are questionable. It is only aimed at seducing farmers into a vice like grip of market controlled seeds and herbicide combination for the benefit of agri-business corporations. It is noteworthy that it is the import tariffs for edible oil which has destroyed the market for them, affecting production of indigenous edible oils. It is evident that no
GM technology can solve this engineered crisis.

We submit that the opposition to GM food crops has also become louder across the country. Those opposing GM crops say that the monoculture will affect the existing biodiversity of mustard in India and in effect it will be a shortcut to long term misery. It will put an additional burden on farmers, who have to purchase seeds, fertilizers, and pesticides every year.

We submit that the history of GM cotton itself has been splattered with the blood of thousands of farmer suicides in western India.  They also assert that ‘Genetic Engineering’ is an unnatural and imprecise breeding technology with living organisms and there is enough evidence that it is an unstable, unpredictable, irreversible and uncontrollable technology being deployed in our food and farming system. This then has serious implication for our health and environment.  Further, increased riskiness in agriculture, lack of choices for farmers and consumers, market rejection are all consequences of the environmental release of GMOs. GM crops would be “disastrous” for self-sustaining farmers as it would eventually open the doors for multinational corporations to control India’s agriculture.

We submit that the scientifically questionable issues behind controversial GM crops need critical analysis and feedback before it gets into our field and our kitchen. We seek your personal intervention for disclosure of all the relevant data, independent scrutiny providing sufficient time and hold public consultations.

In view of the above facts, we demand that lessons from industrial disaster of Bhopal caused by Union Carbide Corporation create a compelling logic for decision-making on GM crops be withheld.

We will be happy to share more information and relevant documents in this regard. We want to provide you inputs on this matter and request you for granting me an opportunity to make personal appearance before you.