18 pesticides banned, 48 pesticides like Monocrotophos, Paraquat Dichloride, Glyphosate yet to be banned 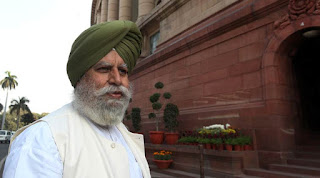 This is to express our appreciation for the Notification dated December 15, 2016 published in the Gazette of India by the Union Ministry of Agriculture and Farmers Welfare (Department of Agriculture, Co-operation and Farmers Welfare) that announces your decision to ban manufacture, import, formulate, transport, sell and use of 18 of the 66 pesticides which are still registered for domestic use in India but banned or restricted in one or more other countries due to health and environmental concern.
While we welcome the announcement of ban on hazardous pesticides like Benomyl, Carbary, Diazinon, Fenarimol, Fenthion, Linuron, Methoxy Ethyl Mercury Chloride (MEMC), Methyl Parathion, Sodium Cyanide, Thiometon, Tridemorph, Trifluralin, Alachlor, Dichlorvos, Phorate, Phosphamidon, Triazophos and Trichlorfon, we submit that the non-inclusion of Paraquat Dichloride and Glyphosate, highly hazardous herbicides in the decision is a significant omission which must be promptly remedied. As you aware Paraquat Dichloride has been banned in the State of Kerala but it continues to be used in the remaining parts of our country. It is noteworthy that Paraquat Dichloride is a candidate for the Prior Informed Consent (PIC) list of UN’s Rotterdam Convention on the Prior Informed Consent Procedure for Certain Hazardous Chemicals and Pesticides in International Trade. The use of Paraquat Dichloride is banned in Switzerland, which the home country of Syngenta, the main producer of Paraquat Dichloride since 1989 due to its high acute toxicity for humans. It is banned or disallowed in some 32 countries due to its adverse health effects. Glyphosate has been classified as a carcinogenic chemical by World Health Organisation (WHO).
We demand phase out of the remaining 48 pesticides as well because their continued use cannot be scientifically and medically justified. As a best scientific practice to safeguard the health of Indians government should initiate a process to review all other pesticides registered for use in our country for their adverse impact of environmental and occupational health in rigorous coordination with ministries of health, environment, consumer affairs and chemicals in order to come up with specific remedial actions.
Pursuant to our letter dated September 21, 2016 in the matter of failure of Central Insecticide Board in Bihar insecticide tragedy and phase out of organophosphate-containing insecticides like Monocrotophos, we submit that similar action is required for organophosphate-containing insecticides and all the 48 pesticides.
You may recollect that Monocrotophos, the insecticide was responsible for the Mid Day Meal tragedy on July 16, 2013 at the Dharma Sati Primary School Mashrak, Chapra in Saran district, Bihar and the failure of Central Insecticide Board. We are saddened to note that instead of recommending ban on this toxic chemical Dr. Anupam Verma headed expert committee has unwisely allowed its continued use by stating that its status is “to be reviewed again in 2018, after completion of the recommended studies”.
In a significant and related development, on August, 29, 2016, Shri Vijay Anand Tiwari, Additional District Judge II of Saran (Chhapra) Court, Bihar in a 49 page long verdict sentenced Mina Devi, Gandaman primary school principal to 10 and 7 years imprisonment in connection with the 2013 midday meal tragedy, in which 23 children had died after eating soyabean vegetable. The court makes mention of Monocrotophos, the pesticide in question and underlines that the food that caused the death of 23 students was contaminated with this pesticide.
The verdict is available at
http://services.ecourts.gov.in/ecourtindia/cases/display_pdf.php?filename=/orders/201000046462014_1.pdf&caseno=SESSION%20CASE/4646/2014&cCode=2&appFlag=

It is high time our country stopped transboundary movement of hazardous chemicals by creating an inventory of hazardous chemicals besides conducting an environmental and occupational health audit along with the ministry of health to ascertain the body burden through investigation of industrial chemicals, pollutants and pesticides in umbilical cord blood. In one such study in the US, of the 287 chemicals detected in umbilical cord blood, 180 were known to cause cancer in humans or animals, 217 are toxic to the brain and nervous system, and 208 cause birth defects or abnormal development in  animal tests. Absence of such studies in India does not mean that a similar situation does not exist in India. Until and unless we diagnose the current unacknowledged crisis, how will he regulatory bodies predict, prevent and provide remedy. Currently, our country is a victim of the unfolding Lawrence Summers Principle. Lawrence Summers, former director of the White House's National Economic Council for US President Barack Obama as a World Bank chief economist, sent a memo to one of his subordinates justifying transfer of harmful chemicals from developed countries to developing countries.  Our decision makers should factor in these malevolent motives of international financial institutions, foreign companies and governments.

We submit that our ecological space is a living entity but it is faced with the cannibalistic propensities of illegitimately totalitarian scientism which is married with political consensus. Its linear, piecemeal and closed technological thinking fails to acknowledge that no unlimited development is possible in the nature of things.

We express our support to you in resisting the influence of lobbying through their objections or suggestions by industry associations which give priority to profit over any human and environmental cost.

In view of the above facts and the ongoing food chain poisoning, we earnestly and solemnly urge you to intervene urgently to get to the bottom of the insecticide tragedy to take the issue of the tragedy to its logical end by banning organophosphate-containing insecticides like Monocrotophos, Paraquat Dichloride, Glyphosate and other pesticides to protect public health of the present and future generations.

I called up the pest exterminators from Capetown-pestcontrol.com so all the kitchen pests are now gone, and it makes me feel safer now.

Impressive and powerful suggestion by the author of this blog are really helpful to me. we also provide Edmonton Pest Exterminators. for more information visit our website.

I am appreciative of this blog's ability to provide information on such an important subject. I discovered other segments here, and I'm excited to put these new instructions to use. Pest Control Adelaide