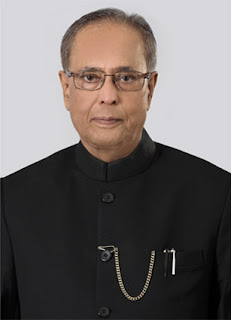 This is to draw your attention towards Hon’ble Prime Minister’s announcement on September 25, 2016 that India will ratify the climate treaty on October 2, 2016 on the birth day of Mahatma Gandhi. Hon’ble Prime Minister made a reference to deliberations in Paris. The twenty-first session of the Conference of the Parties (COP) and the eleventh session of the Conference of the Parties serving as the meeting of the Parties to the Kyoto Protocol (CMP) took place from 30 November to 11 December 2015, in Paris, France. While media appears to have erred in interpreting his statement as reference to Paris climate Agreement for post 2020 period, the correct interpretation which is chronologically apposite is that he referred to ratification of Doha Amendment to Kyoto Protocol, which has been ratified by China and some 70 countries. Indian climate negotiators have consistently and rightly been taking this position.

I submit that the Kyoto Protocol which is the only international treaty on climate till 2020 attempts to implement the objective of the UNFCCC to fight global warming by reducing greenhouse gas concentrations in the atmosphere to "a level that would prevent dangerous anthropogenic interference with the climate system" (Art. 2). The Protocol is based on the principle of common but differentiated responsibilities: it puts the obligation to reduce current emissions on developed countries on the basis that they are historically responsible for the current levels of greenhouse gases in the atmosphere. The Protocol’s first commitment period started in 2008 and ended in 2012.  A second commitment period was agreed on in 2012, known as the Doha Amendment to the protocol, in which 37 countries have binding targets. It is noteworthy that submit that USA has neither ratified the first commitment period nor the second commitment period of the Protocol.
As of September 2016, some 70 states have accepted the Doha Amendment, while entry into force requires the acceptances of 144 states. Of the 37 countries with binding commitments, only 7 have ratified. This reveals the true nature of the commitment of development countries towards climate crisis.

I submit that the issues before CoP 22, which will be held in Marrakesh, Morocco in November, 2016 entry into force of Doha Amendment besides include the implementation of the Paris Agreement and the CoP 21 Decision text. Some of the issues are precautionary principle and common but differentiated responsibilities, status of pre 2020 actions by countries, particularly those committed to the second period of the Kyoto Protocol and progress on climate finance and technology transfer discussions ahead of CoP 22. Neither Doha Amendment to the Kyoto Protocol or Paris Agreement guarantee the safety of the world's most vulnerable but former is better than the latter for it makes provision for binding commitments and unlike the latter.

I submit that Kyoto Protocol succeeded in adopting precautionary approach but the Paris Agreement fails because it does not satisfy the provisions of Article 3.3 of UNFCCC. It reads: “The Parties should take precautionary measures to anticipate, prevent or minimize the causes of climate change and mitigate its adverse effects. Where there are threats of serious or irreversible damage, lack of full scientific certainty should not be used as a reason for postponing such measures, taking into account that policies and measures to deal with climate change should be cost-effective so as to ensure global benefits at the lowest possible cost. To achieve this, such policies and measures should take into account different socio-economic contexts, be comprehensive, cover all relevant sources, sinks and reservoirs of greenhouse gases and adaptation, and comprise all economic sectors. Efforts to address climate change may be carried out cooperatively by interested Parties.”

In view of the above mentioned facts your intervention is required to ensure that India ratifies mandatory Doha Amendment before ratifying voluntary Paris Agreement for the post 2020 period.