Despite 76 hearings in High Court & NGT, no relief in sight from waste incinerator for Okhla residents & birds
Matter listed for 77th time on 14th September
National CDM Authority must revoke the “Host Country Approval” given to Okhla waste incinerator 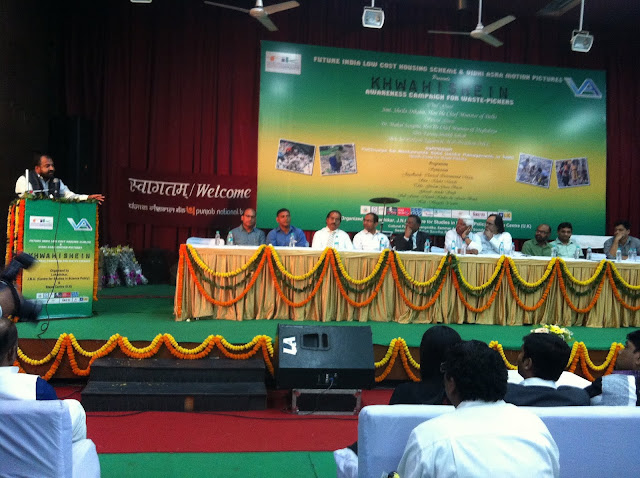 September 10, 2016, New Delhi: ToxicsWatch Alliance (TWA) expresses its dismay at the approach of National Green Tribunal (NGT) in the matter of Jindal's waste incinerator technology based power plant in Okhla, Delhi which came up for hearing on 9th September and listed the matter for hearing on 14th September for 49th date of hearing in the face of callousness of the Government of Delhi towards the health of residents and birds of Okhla. The Petition in question (Application No. 22 of 2013) reached NGT after having been heard 28 times in Delhi High Court between October 2009 and January 2013. The new Solid Waste (management and handling) Rules 2016 too have failed to bring any ray of hope to the residents and birds of Okhla.

It is puzzling as to why NGT is deviating from its own observation "the first  and  the  foremost  question  that  has  to  be  answered to  this  Tribunal  is  whether  or  not  this generating plant is causing environmental  problems  and  is  releasing  hazardous  discharge s which  could  be  injurious  to  the  health  of  the  residents  in  the  colonies  of  the  area  in  the  vicinity  of  project  site." NGT had observed this in its order dated March 11, 2013.

The case was transferred from the High Court of Delhi in view of the terms of the order dated 23rd January, 2013. It was transferred at a stage when High Court was all set to pronounce its verdict in the matter after a Division Bench of the High Court vide the judgment dated 15th January, 2013 took a categorical position against incinerator technology. The judgment cited ‘The summary of “Epidemiological Studies on Adverse Health Effects Associated with Incineration” would show that medical waste incinerators are a leading source of dioxins and mercury in the environment and there is link between incinerator emissions and adverse health impacts on incinerator workers and residents living around the incinerators.’

Court observed: “Both older and more modern incinerators can contribute to the contamination of local soil and vegetation with dioxins and heavy metals. In several European countries, cow‟s milk from farms located in the vicinity of incinerators has been found to contain elevated levels of dioxin, in some cases above regulatory limits. Increased levels of dioxins have been found in the tissues of residents near to incinerators in the UK, Spain and Japan. At an incinerator in Finland, mercury was increased in hair of residents living in the vicinity. Children living near a modern incinerator in Spain were found to have elevated levels of urinary thioethers, a biomarker of toxic exposure. “ It noted that “After 2 years of operation of incinerator, dioxins levels were found increased by about 25% in both groups living between 0.5 to 1.5 and 3.5 to 4.0 km away (201 people) of people. In the repeat analysis, the increase was in the range of 10-15%”.

The High Court’s verdict records that “Mothers living close to incinerators and crematoria from 1956 to 1993” showed “ncreased risk of lethal congenital abnormalities, in particular, spinal bifida and heart defects, near incinerators: increased risk of stillbirths and anacephalus near crematoria”. With regard to “Residents from 7 to 64 years old living within 5 km of an incinerator and the incinerator workers” the judgment observes, “Levels of mercury in hair increased with closer proximity to the incinerator during a 10 year period”. The judgment found that “Residents living within 10 km of an incinerator, refinery, and waste disposal site” showed “Significant increase in laryngeal cancer in men living with closer proximity to the incinerator and other pollution sources”.

The High Court dismissed the contention of M/s Synergy Pvt Ltd that it’s Bio-Medical Waste Treatment Facility based on incinerator technology is far away from residential localities such as Sukhdev Vihar. On inquiry it was found that the distance between the said facility and their colony is less than 30 meters.

But defying any logic and disregarding such glaring evidence, the High Court instead of applying the same relevant reasoning for the same geographical location in the matter of Jindal's waste incinerator technology based power plant in Okhla, transferred the matter to NGT.

The September 1, 2016 order of NGT starkly reveals the insensitivity of NGT. It reads: "The  Learned  Counsel  appearing  for  all  the Public Authorities   shall   take   clear   instructions   as   to   the availability  of  the  sites, operationalisation  of  the  waste  to  energy plant, capacity of each of them and what steps they are going to take to ensure their continuous operalisation without any further delay.  The   Learned   Counsel   appearing   for   the   North Corporation would also take clear instructions as to the Revenue Sharing Agreement with the Project Proponent. List this matter for arguments on 09th September, 2016."

The order has no relationship with the prayers in the case and with "the first and the foremost question" identified by the NGT. It appears that either someone from the side of residents has compromised the cause or has failed to comprehend the grave issues at stake.

The fact is that it has been ascertained by the NGT that is the plant is "causing environmental  problems  and  is  releasing  hazardous  discharge s which  could  be  injurious  to  the  health  of  the  residents." But the petitioner and their lawyer have failed to argue the case. There is surely something fishy in the state of affairs. The content analysis of the NGT's orders demonstrate it.  September 1, 2016 order has no relation with what was the "the first and the foremost question" determined by the NGT.

This projects demonstrates how highly polluting technologies like waste incinerator technology are being promoted in the name of climate solution under the supervision of the CDM Executive Board (CDM EB) that supervises the UNFCCC's Kyoto Protocol’s CDM under the authority and guidance of the Conference of the Parties serving as the Meeting of the Parties to the Kyoto Protocol (CMP). The CDM EB is fully accountable to the CMP.  The CDM EB is the ultimate point of contact for CDM Project Participants for the registration of projects and the issuance of Certified Emission Reductions (CERs). For further details you may refer to the letter of ToxicsWatch Alliance (TWA) sent to Dr. Subrata Bose,  National Clean Development Mechanism Authority (NCDMA) and Mr. Eduardo Calvo, Chair, Clean Development Mechanism (CDM) Executive Board, United Nations Framework Convention on Climate Change in May and June 2016 “Seeking action against questionable carbon credit/CDM project in Delhi’s Okhla residential and ecologically fragile area (Project: waste to energy project of Timarpur-Okhla Waste Management Co Pvt Ltd)”.

The violation of the specific conditions made the certificate of Host Country Approval dated 15th May, 2007 given to the project of The Timarpur Waste Management Company Pvt. Ltd. (TWMCPL), a subsidiary of Infrastructure Leasing & Financial Services Ltd. (IL&FS) a conditional certificate. This approval was given after its consideration by the NCDMA on 30th March, 2007 but the approval is valid subject to compliance with the given specific conditions.

It was confirmed based on submissions by the company in question prior to approval and prior to registration with UNFCCC’s CDM Executive Board that “The project contributes to Sustainable Development in India”. It is eminently clear that post registration changes establish beyond any reasonable doubt that the project does not contribute to Sustainable Development and sets a very bad precedent for the country in particular. It puts the communities and the ecosystem of Okhla, Delhi to enormous risk which cannot be deemed acceptable.
The approval conditions state categorically that “This approval is not transferrable. The authority reserves the right to revoke this Host Country Approval if the conditions stipulated in this approval are not complied with to the satisfaction of the National CDM Authority.”
The conditions stipulated in the approval certificate have not been complied with the project in this question. It must be noted that the approval was given to The Timarpur Waste Management Company Pvt. Ltd. (TWMCPL), a subsidiary of Infrastructure Leasing & Financial Services Ltd. (IL&FS) but the approval was transferred to Timarpur-Okhla Waste Management Co Pvt Ltd (TOWMCL) of M/s Jindal Urban Infrastructure Limited (JUIL), a company of M/s Jindal Saw Group Limited. This clearly implies that the specific conditions have been violated.
Besides this the approval certificate states “The TOWMCL shall obtain all statutory clearances and other approvals as required from the competent authorities for setting up of the project.”
It is evident from the Validation opinion for post registration changes provided by Det Norske Veritas (DNV) that the “statutory clearances” which were obtained pre registration were not and has not been obtained post registration.  This also clearly shows that Host Country Approval “conditions stipulated” in the approval have not been complied with. This creates a full proof compelling logic for the National CDM Authority which admittedly has the “right to revoke this Host Country Approval” to revoke the approval granted to this project. This creates a compelling logic for the process of revoking the "Host Country Approval" to this project because the "all statutory clearances" which it was required to obtain have become legally questionable.
Meanwhile, TWA has written to Anil Razdan, Chairperson, Experts Appraisal Committee (EAC) on Infrastructure and Miscellaneous Projects sharing evidence of the violation of environmental clearance conditions by Jindal's waste to energy plant in Delhi’s Okhla residential and ecologically fragile area. TWA, a research and advocacy group has been working to prevent such resource incineration projects and tried, tested and failed technologies since 2000. (Gopal Krishna of ToxicsWatch addressing Delhi residents on waste incionerators in Okhla, Narela Bawana & Ghazipur in the presence of )
It is apparent NGT isn’t as sensitive as Delhi High Court on the issue of public health crisis in Okhla due to questionable waste incinerator technology and dubious carbon credit project. NGT’s order of September 9, 2016 reads, "List this matter on 14th September, 2016" for the 49th time. After a total of 76 hearings since 2009 in High Court and NGT, there is no relief in sight for residents and birds of Okhla and its bird sanctuary.