Bihar insecticide tragedy, Monocrotophos not banned as yet 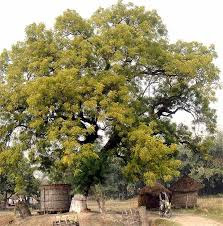 With reference to Monocrotophos, the insecticide that was responsible for the Mid Day Meal tragedy on July 16, 2013 at the Dharma Sati Primary School Mashrak, Chapra in Saran district, Bihar and the failure of Central Insecticide Board, I submit that instead of recommending ban on this toxic chemical Dr. Anupam Verma headed expert committee has unwisely allowed its continued use by stating that its status is “to be reviewed again in 2018, after completion of the recommended studies”.

This came to light from the reply of Union Minister of State for Agriculture and Farmers Welfare in the Lok Sabha on July 19, 2016 while he was informing the Parliament about expert committee’s findings.

I submit that under Insecticides Act, 1968, Union Ministry of Agriculture is supposed to regulate the   import, manufacture, sale, transport, distribution and use of insecticides with a view to prevent risks to human beings and animals and for other matters connected therewith since 1971.

I submit that Central Insecticides Board, established under Section 4 of the Insecticides Act is supposed to advise the Central Government and State Governments on technical matters arising out of the administration of this Act and to carry out the other functions assigned to the Board by or under this Act on issues like “the risk to human being or animals involved in the use of insecticides and the safety measures necessary to   prevent such risk” and “the manufacture, sale, storage, transport and distribution of insecticides with a view to ensure safety to human beings or animals.” In pursuance of this mandate it is the responsibility of Dr Jagdish Prasad, Director General of Health Services, Union Ministry of Health and Family Welfare who is ex-officio Chairman of the Central Insecticide Board to intervene and guide the State Government.

I submit that the Central Insecticide Board appears guilty of dereliction of duty because although the insecticide tragedy took place on July 16, he has failed to act in compliance of his responsibility.

I submit that there is a crying need for Agriculture Ministry and Pollution Control Boards to ensure inventorization, proper disposal of obsolete pesticides and contaminated containers.

I submit that Organophosphorous, a chemical used as an insecticide has been identified and found to be responsible for deaths and diseases of school children. Organophosphate-containing insecticides include parathion, monocrotophos, malathion, methyl parathion, chlorpyrifos, diazinon, dichlorvos, phosmet, fenitrothion, tetrachlorvinphos, azamethiphos, and azinphos methyl.

I submit that there is a need for a scientific mechanism to destroy the six pesticides namely Alachlor, Dichlorvos, Phorate, Phosphamidon, Triazophos and Trichlorfon which are listed for phase out by 2020. The CIB must be asked to announce its phase out plan so that present and future generations are not affected by its adverse legacy.

I submit that the recommendation for ban on 13 pesticides namely, Benomyl, Carbaryl, DDT, Diazinon, Fenarimol, Fenthion, Linuron, MEMC, Methyl Parathion, Sodium Cyanide, Thiometon, Tridemorph and Trifluralin is step in the right direction but the government should announce the ban without any further delay. This too requires a scientific mechanism for destruction to ensure that no one suffers from its continued existence in form or the other.

I submit that according to International Programme on Chemical Safety (IPCS), WHO which works to establish the scientific basis for the sound management of chemicals, the ingestion of 120 mg monocrotophos can be fatal. (Reference: IPCS, 1993).

I submit that HILCRON commonly known as monocrotophos has been detected in the probe by the Bihar Government’s agency. This is manufactured Hindustan Insecticides Limited, which is sunder Union Ministry of Chemicals & Fertilizers. Other manufacturers of monocrotophos include Hindustan Ciba Geigy Ltd, Bharat Pulverizing Mills Ltd., Lupin, National Organic Chemical Industries Ltd, Sudarshan and United Phosphorus. Their stringent regulation merits your urgent attention.

I submit that monocrotophos is used for control of a broad spectrum of pests including sucking, chewing and boring insects and spider mites on cotton, paddy, sugarcane, vegetables, ground nut, soya bean, tea, coffee etc.

As per WHO classification based on oral toxicity, monocrotophos is highly hazardous. WHO recommends that for the health and welfare of workers and the general population, the handling and application of monocrotophos should be entrusted only to competently supervised and well-trained applicators, who must follow adequate safety measures and use the chemical according to good application practices. It is clear that these recommendations have not been internalized by regulatory agencies in India.

I submit that all waste and contaminated material associated with this chemical should be considered hazardous waste, according to FAO Guidelines on Prevention of Accumulation of Obsolete Pesticide Stocks and The Pesticide Storage and Stock Control Manual.

I submit that your agencies too should be involved in the probe to identify the name of the Organophosphate insecticide involved and its manufacturer. The responsibility and liability of this manufacturer must be fixed. The probe must recommend take back policy so that these manufacturers have an Extended Producers Responsibility with regard to its residual insecticides and their containers.

I submit that most home uses of organophosphorus insecticides have been phased out in countries like USA. The US Environmental Protection Agency lists the organophosphate parathion as a possible human carcinogen. The World Health Organization, Pesticide Action Network (PAN) and several environmental organisations have sought a general and global ban on it. Its use is banned or restricted in 23 countries and its import is illegal in a total of 50 countries. Its use was banned in the U.S. in 2000 and it has not been used since 2003. The usage of such insecticides continues to be used because of the political patronage enjoyed by the manufacturers of these insecticides.

In a related development, on August, 29, 2016, Vijay Anand Tiwari, Additional District Judge II of Saran (Chhapra) court in a 49 page long verdict sentenced Mina Devi, Gandaman primary school principal to 10 and 7 years imprisonment in connection with the 2013 midday meal tragedy, in which 23 children had died after eating soyabean vegetable. The court makes mention of Monocrotophos, the pesticide in question and underlines that the food that caused the death of 23 students was contaminated with this pesticide. The verdict is available at
http://services.ecourts.gov.in/ecourtindia/cases/display_pdf.php?filename=/orders/201000046462014_1.pdf&caseno=SESSION%20CASE/4646/2014&cCode=2&appFlag=

I submit that there are at least 5525 sale points for distribution of pesticides in Bihar.  These distributors should be made to take back the contaminated containers and the residual insecticides.  I submit that lessons from the insecticides tragedy in Bihar should not be forgotten. This creates a compelling logic for proper management of pre-existing insecticides, their containers and to initiate steps to phase out organophosphates.