TWA’s concerns about Ken Betwa Project on EAC’s agenda for Environment Clearance for meeting on June 2-3, 2016 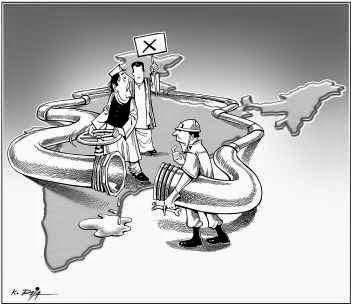 Note: Following the submission of this letter, Joanna and Raghu sent a message stating that the decision to grant environmental clearance to the project in question has again been deferred. The message also communicated, "May I just point out one thing. In your comments about the amount of reserve that will be submerged. In fact the under-reporting is even worse since the 4141hectares and 5803 hectares refer only to the core area of the Tiger Reserve. As you know since Tiger Reserves were given a legal entity int he 2006 Amendment, the Reserve actually consists of core and buffer.  With this in mind you will find that all of the submergence area falls within the Panna Tiger Reserve; all but a tiny bit of non included revenue land midst the buffer.  Park officials have opined that around 200 sq ams will be lost to the reservoir and other works. What is certain is that the submergence area will not only flood some of the best vulture nesting sites but totally bifurcate the park and cut off any corridor to forests to the west leaving no viability for a tiger population to survive in the Park whatever bits they suggest adding into core from the buffer which of course depends on the agreement of those villagers living there who have no idea of such a plan."

In view of the recent earth quakes, unpredictable rainfall and changing weather pattern, there is a logical compulsion to recognize the ecosystem in question as a living entity whose integrity should not be violated for the sake of sanity, humanity and for all the living beings of present and future generations in both the basins. We are hopeful that EAC will factor in the above mentioned facts before making any decision.

We would be happy to meet you as a delegation and share relevant documents in this regard.