TWA's position on impact of enzyme on the Yamuna

World Culture Festival (WCF) organised on Yamuna floodplains by Art of Living (AOL) remains in the news because of administration of enzyme into Yamuna river. When reporters approached ToxicsWatch Alliance (TWA), a public policy research and advocacy group for views on the issue, the following text was shared with them as a reply. 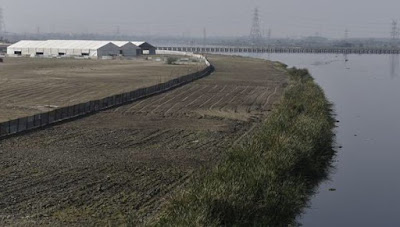 "if AOL volunteers have taken samples of water from the Yamuna before and after a few days of enzyme treatment and have found marked difference in the quality of water, AOL should share its documents and findings for further verification. This scientific experiment merits attention because other researchers can put those enzymes in stretches other than Barapullah drain to compare the results to ascertain its authenticity. If it indeed makes a change in the water quality without any adverse impact it can be helpful in cleaning Yamuna and other water bodies.

Bioremediation comprises of phytoremediation (plants) and rhizoremediation (plant and microbe interaction). This process is used to check contamination in soil, groundwater and surface water. bioremediation  refers to sewage treatment wherein microbes degrade  flowing  sewage. it decreases the stench from raw sewage.  microbes eat contaminants such  as  oil  and  organic  matter convert  them. they turn sewage into carbon dioxide  and  water. Naturally  existing bacteria,  fungi  or  plants  are used to degrade  substances  that  are  hazardous  to human health and the environment. in our ecosystem the waste product of one organism is the food of  another.

Gnawing doubts remain as to whether such measures can deal with hazardous chemicals and heavy metals too.
Caution is needed because alien species of bacteria, fungi or plants can cause havoc in the local ecosystem. The introduction of an alien species can have disruptive or harmful or catastrophic outcomes. This requires assessment prior to such trials adopting the approach of precautionary principle."

This Press Note is being issued to clear the confusion which has been created in social media with regard to TWA's position on the issue of administration of enzyme into Yamuna river.