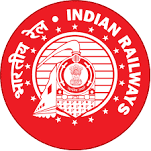 Taking forward the momentum on ‘Swachh Rail, Swachh Bharat’, we intend taking a string of measures to improve the cleanliness on stations and trains.

iii. Setting up waste segregation and recycling centres at A1 category stations in a phased manner; 5 centres to be commissioned in the next financial year.

Delhi, our national capital, is under severe stress from rising pollution levels and can be provided relief by reviving the Ring Railway system comprising 21 stations.

Monetizing land along tracks: IR has huge tracts of land available adjacent to its rail network. We will lease out this space to promote horticulture and tree plantation.

In the context of India’s commitment to reduce its carbon foot print, we have undertaken energy audits which have revealed the possibility of reducing energy consumption in non-traction area by 10% to 15%. To achieve this, we have decided that all new light provisions will be LED luminaire only and all Railway stations will be covered with LED luminaire in next 2 to 3 years.

An action plan has been drawn up for environmental accreditation, water management and waste to energy conversion. So far, more than 2,000 locations have been provided with Rain Water Harvesting (RWH) facility and RWH systems will be provided in a phased manner in all establishments having rooftop areas of more than 200 square metres. This comes from a realization that out of total potential of recycling around 250 million litres of water per day, we only recycle 20 million litres.

IR uses steel sleepers on steel bridges which have limitations on maintenance and attaining higher speeds. Hence, environmentally friendly composite sleepers made up of recycled plastic waste have been developed which will be used over all girder bridges.

To take forward, our Prime Minister’s vision of promoting Solar Power, IR had targeted commissioning of installed capacity of 1000 MW in next 5 years. Policy guidelines and tender documents for 50MW solar plants at rooftop have been issued and facility for another 100 MW is being set up. We have commissioned a 25 MW wind mill power plant at Jaisalmer and we are working towards commissioning 132.5 MW in the next year. We propose to utilize our infrastructure at remotely located railway stations for installation of solar micro-grid on pilot basis which will not only provide clean and reliable power supply to railway stations, but will also facilitate energy energy access to nearby quarters and surrounding rural households.

Automatic coach washing plants will be commissioned in major coaching depots with a holding of more than 500 coaches for improved cleaning with reduced water consumption. Further, 32 stations and 10 coaching depots have been identified for installation of water recycling plants in the coming years.

Green Industrial Units: it is proposed to convert all production units as well as at least one workshop in each Zonal Railway as green industrial unit by obtaining relevant certification, good energy management, sourcing energy from renewables, water conservation, improved green cover and environment friendly management of waste.

In order to encourage active involvement by various Railway establishments towards environmental initiatives, we have instituted a Shield on Environment for the best performing Zonal Railway or Production Unit.

India’s rich bio diversity and wildlife is one of the mainstays of Incredible India campaign. Last year, we initiated a project to target reduction in elephant collisions, especially in North Eastern states. This year, to spread awareness about our National Animal, the Tiger, we will offer complete packages including train journey, safaris and accommodation to cover the wildlife circuit comprising Kanha, Pench and Bandhavgarh.