First session of UN Human Rights Council (UNHRC)’s intergovernmental working group on transnational corporations (TNCs) and other business enterprises with respect to human rights which is to undertake commenced on 6th July, 2015 in Geneva in the backdrop of referendum in Greece underling need for democratic accountability of transnational Corporations and banks.

Earlier organizations like ToxicsWatch Alliance (TWA) and campaigns like Global Campaign to Dismantle Corporate Power and Stop Impunity submitted their proposals to help the UN Working Group in its task of
creating a binding treaty to establish obligations for transnational corporations to respect human rights.

Peoples’ movements and research and advocacy groups like TWA feel that this treaty is a continuation of steps initiated in the 1970s to establish mandatory Code of Conduct for transnational corporations. It
all began in May 1974 with the report “The Impact of Multinational Corporations on Development and International Relations” prepared by the UN Group of Eminent Persons.

TWA has given some suggestions including its proposal that “Open-ended intergovernmental working group on transnational corporations and other business enterprises with respect to human rights must adopt the
proceedings of previous UN efforts and the Draft Code of Conduct on Transnational Corporations which emerged out of the report of the UN’s Eminent Persons’ and which was submitted at the special session of the UN Commission on Transnational Corporations to the UN Economic and Social Council on 31st May, 1990.” Its receipt has been acknowledged by the Secretariat of the UN Working Group.

TWA appreciates Government of India’s position which has historically been demanding mandatory regulation of such business enterprises with a brief aberration of which happened during the fag end of Dr Manmohan Singh led government wherein Salman Khurshid was the External Affairs Minister. Continuing the old legacy, the current government has taken the right step to rectify the mistakes committed during a brief
period. India’s current position is an outcome of the legacy of India’s freedom struggle and its role in the Non Aligned Movement. Notably, the reference to “other business enterprises” has been included at the behest of India.

Given the fact that states are unable to enforce national laws with respect to the gross violations committed by businesses and hold them accountable due to the sheer size and clout of the transnational corporations, therefore there is a compelling need for the international community to come together to seek justice for the
victims of the violations committed by the Transnational corporations and other business enterprises.

The first session of the UN Working Group will conclude on 10th July, 2015. TWA hopes that the UN treaty will ensure that democracy isn't blackmailed by TNCs and other business enterprises.

The relevant documents include for the first session Concept note proposed under the responsibility of the designated Chair, Ambassador María Fernanda Espinosa, Permanent Republic of Ecuador to the United Nations in Geneva. 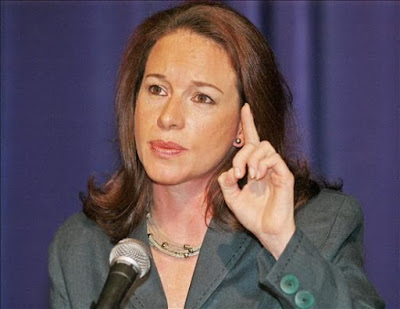 María is an Ecuadorian politician and diplomat. She has been Minister of National Defense of Ecuador since 28 November 2012. She held several Ministerial posts before her current position.

Written contributions for the first session of the open-ended intergovernmental working group on transnational corporations and other business enterprises with respect to human rights are as under: