Minutes of 144th Expert Appraisal Committee (EAC) of the Ministry of Environment, Forests and Climate Change meeting held in January, reveals that the CRZ clearance has been recommended for the Proposed Mithi Virdi Nuclear Power Plant. All decision making bodies including the Ministry of Environment, Forests and Climate Change defeats the very purpose of setting up the CRZ norms, meant to protect the environment. There are gross violations of environmental guidelines on various technical and ethical grounds, which are discussed in details in the letter sent to MoEF & CC.

While there is no clarity over the composition of the EAC, its members as well as its finding which led to the decision, the mandated visit of the site and consultation with the project affected villages never took place, exposing unconstitutional and illegal ways in which this process has been going on.  The Village Mithi Virdi where the project is to be located inherits its name which means sweet water from its plethora of fresh ground water despite its proximity to the coast. In all, 152 villages with a population of more than 200,000 in 30 km radius of the proposed nuclear power plant will be “adversely affected” by the project. The main occupation of the villagers is the rich agriculture on extremely fertile land which supports the growth of three crops, annually.  The extraction of fresh water by the proposed plant and its impact on the local agriculture-dependent economy has not been mentioned in the consideration for CRZ.

Since the MoEF & CC is proceeding in giving the CRZ clearance in a manner which indicates that its basic mandate of protecting environment is being diluted and mortgaged to protect and further the vested interests, we demand:
·        That the EAC immediately withdraw its recommendation for the CRZ Clearance, as it has failed to take into consideration crucial components related to the coastal environment at Mithi Virdi area.

·        That EAC composition detail, its study for the proposed Mithi Virdi Nuclear Power Plant and all the documents that detail the reasons for which it recommends CRZ clearance be made public immediately, with a copy given to the residents and local Panchayat body. 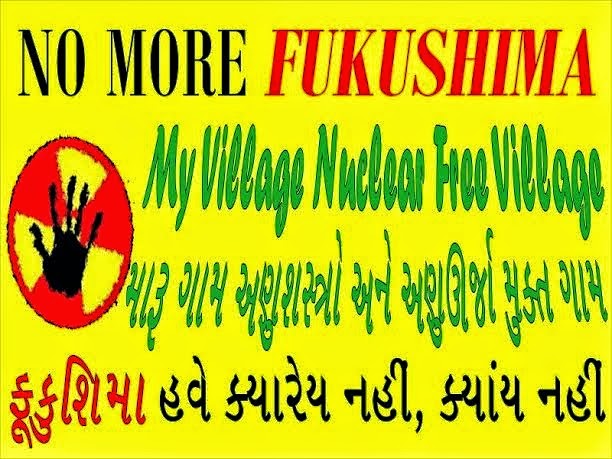 ·        That the citizens, particularly the residents and local bodies at Mithi Virdi area be given at least a month’s time to register their response to the CRZ clearance recommendation as mandated by the law.

The EAC Minutes do not constitute a comprehensive objection to the CRZ Clearance given to the proposed Mithi Virdi Project. The above statement is subject to revision in the light of more information.