Since the constitution of Ship Breaking Scrap Committee on July 22, 2014, it had two meetings on November, 2014 and March 10, 2015. This committee was modified on February 17, 2015. Its minutes have not been uploaded on the website as yet. The ship breaking matter was transferred from Ministry of Steel to Ministry of Shipping in August 2014 despite protest from  environmental groups. The committee is headed by Barun Mitra, Joint Secretary, Government of India. The focal point for the committee is K. Touthang, Director, Ministry of Shipping.

It is quite bizarre that one of the first few things the committee plans to do is to undertake the amendment of the Ship Breaking Code 2013 which was finalized by the Inter Ministerial Committee on Ship Breaking pursuant to the Supreme Court's order of September 2007. 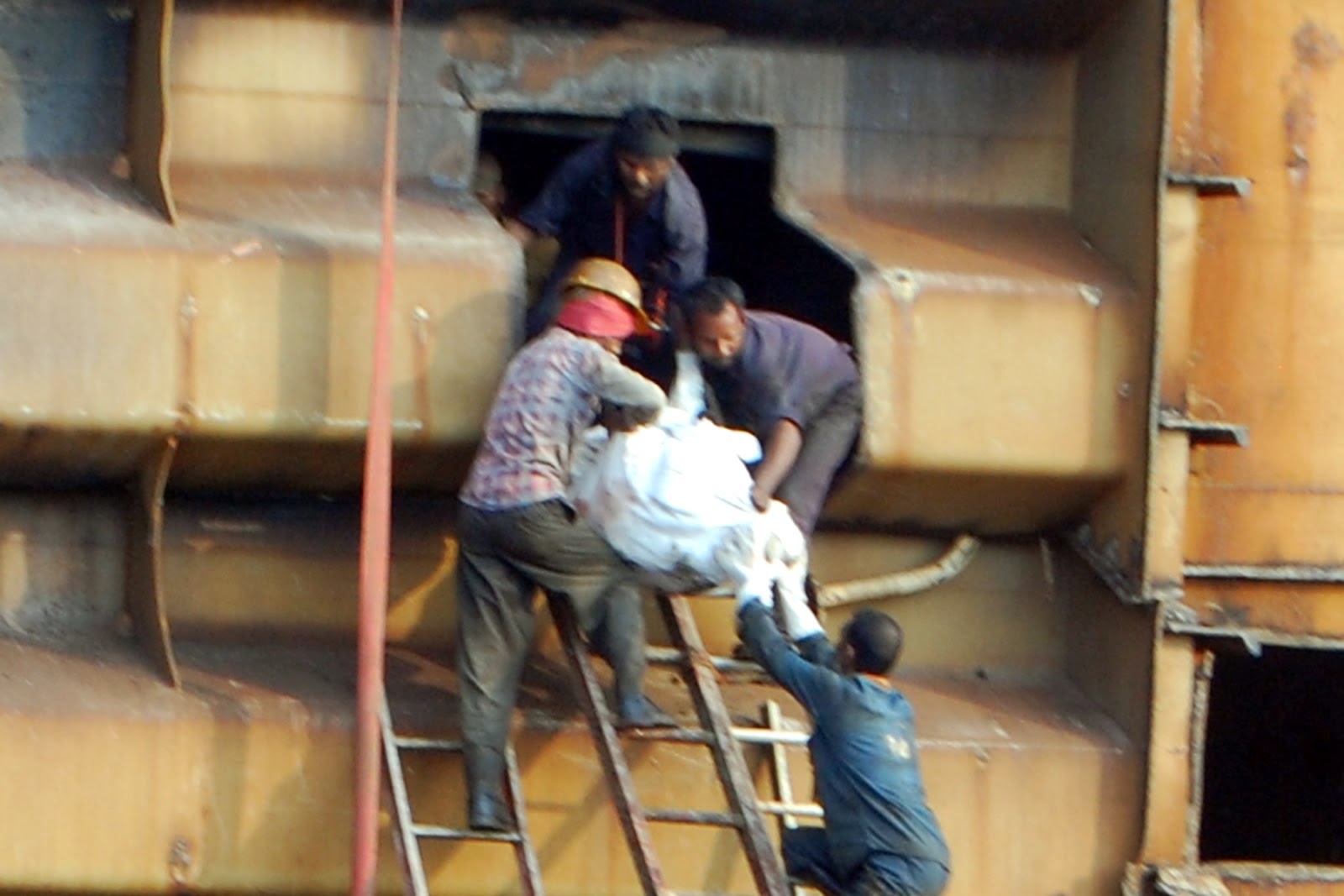 The proposal to amend was made vide a letter dated February 23, 2015. It invited comments til March 13, 2015. ToxicsWatch Alliance (TWA) has requested that the time for comments on the proposed amendment should be extended to enable trade unions and environmental and occupational health groups to provide their inputs. TWA also appeals that the 61 page amendment proposal be made available in Hindi as well.

It is quite strange that Ship Breaking Scrap Committee has modified its composition to include representatives of the ship breaking industry but representatives from environmental and occupational health groups and trade unions has not been included as yet despite Supreme Court's order.TWA has been raising the issue of ongoing deaths, accidents and environ-occupational diseases in the ship breaking industry for more than a decade. TWA has spoken to the committee and requested that the minutes be uploaded on the website of ministry of shipping.
Share this article :
Labels: ministry of shipping, ship breaking