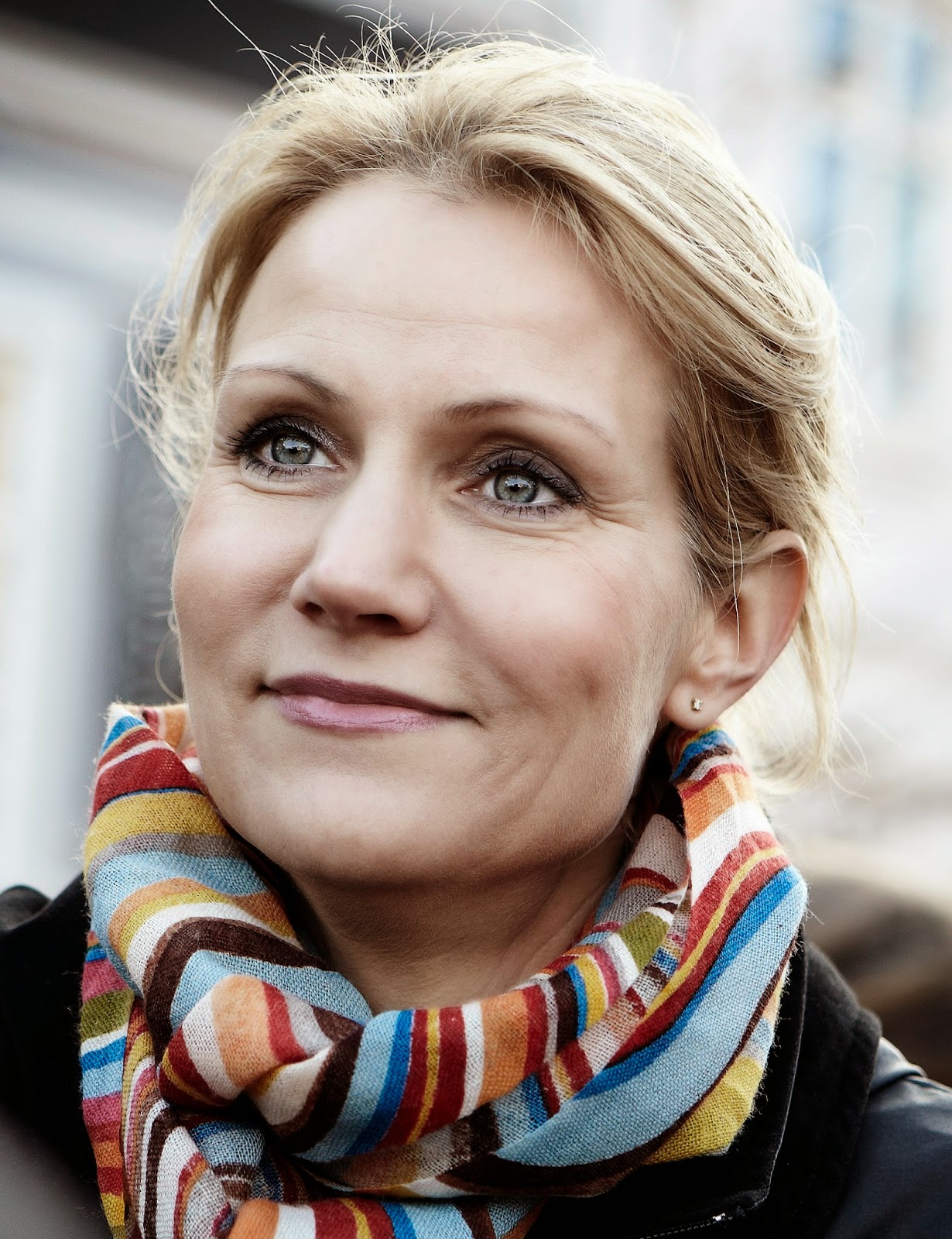 Subject- Violation of Basel Convention and entry of Danish end-of-life toxic ship Clipper Concord in Indian waters
Madam,
With reference to the transfer of harmful Danish end-of-life toxic ship Clipper Concord (IMO No. 9232319) from Denmark to Bhavnagar, Gujarat, India in last week of December 2014, violation of UN’s Basel Convention on the control of transboundary movement of hazardous wastes and their disposal, inquiries by the Office of the UN High Commissioner for Human Rights, and the office of the UN Special Rapporteur on human rights and hazardous substances and wastes and the letter dated 15 April, 2005 of Ms Connie Hedegaard (letter No. J-3034-0036) as the Denmark's environment minister wrote to her Indian counterpart. The news about ship’s movement has been published in Danish media (Ekstra Bladet) and Indian media (DNA and Divya Bhaskar). The same is attached for your perusal and consideration.

I am aware that you are likely to visit Gujarat, India for the 7th Vibrant Gujarat Global Summit-2015 during 11th to 13th January 2015 along with dignitaries like Mr Ban Ki-moon, Secretary General, UNO, your intervention in banning movement of such Danish ships to Indian waters will be deemed quite significant from the point of view of environmental protection and safety of vulnerable migrant workers on Alang beach.

I submit that the movement of the ship in question is violation of UN’s Basel Convention on Transboundary Movement of Hazardous Wastes and Their Disposal to which both Denmark and India are parties. It is also in violation of relevant European law by which it is governed. The letter dated 15 April, 2005 authored by Ms Connie Hedegaard, the then Denmark's environment minister to her Indian counterpart about the illegal movement of a 51 year-old asbestos laden ship, Kong Fredrick IX (renamed RIKY) underlines it. She wrote, “"I believe our interests are joint - and I call on you to co-operate in this case by denying the ship to be dismantled in India - and refer the ship to return to Denmark to be stripped of the hazardous waste." Her letter is still relevant for your government and a similar action by you can demonstrate your sensitivity towards environmental and workers safety concerns.

I submit that due to the fact that Denmark considered the RIKY to be a waste and a hazardous
Waste, it cannot change its position in the matter of Danish ship in question with IMO No. 9232319. If this were not the case, then any country could suddenly make a claim that they do not consider a waste to be a waste, leaving the other states concerned exposed and vulnerable to trade. Basel Convention is precautionary to avoid this type of victimization. This is clearly the intent of Article 1.1.b of the Convention. It is not possible for one country to consider wastes as non-wastes or hazardous wastes as non-hazardous wastes if one of the States Concerned (exporting, transit or importing state) considers it as a hazardous waste under their own law.

I submit that the case of Danish ship in question with IMO No. 9232319 that has arrived in Bhavnagar waters, Gujarat, India is not an isolated case. Danish shipping companies and subsidiaries have sent several ships to be scrapped on the Alang beach in India over the past four years. These end-of-life toxic ships include:
I have learnt that since 2006 it has been forbidden to sail ships under Danish flags to the ship breaking yards in India, but the Danish companies are exploiting a complicit legal regime because they own many ships that are not registered in Denmark. The European shipping companies do not register their ships in EU nations.

I submit that the movement of this Danish ship under the flag of Bahamas is an attempt to outwit the existing international and European and Indian laws.
I submit that the reference made by the Danish ship owner regarding applicability of International Maritime Organisation (IMO)'s Hong Kong International Convention for the Safe and Environmentally Sound Recycling of Ships is quite misleading because this Convention is yet to be ratified and come into force. As of now only Basel Convention and its equivalent European laws are applicable to the ship in question.

I submit that the following text of the Decision VII/26 of the Parties of the Basel Convention is quite relevant:
“Recognizing that many ships and other floating structures are known to contain hazardous
materials and that such hazardous materials may become hazardous wastes as listed in the
annexes to the Basel Convention,”

I submit that the Decisions of the Parties are at the highest legal level, next to the text of the treaty itself.

I submit that the ship in question is owned by Mr Christian Stadil, a Danish businessman who preaches a good deal about ethics in business but is apparently involved in unethical act of increasing the toxic burden on Alang’s ecosystem, migrant workers of the Gujarat’s shipbreaking industry and adjoining village communities.

I submit that judgment of the Hon’ble Supreme Court of India dated October 14, 2003 (reiterated in 2007 and 2012) which calls for prior decontamination of the ship in the country of export.

I submit that the movement of such harmful toxic ships ignores Polluter Pays/Producer Responsibility Principle, Environmental Justice Principle, Waste Prevention/Substitution Principles and Principle of National Self Sufficiency in Waste Management.

I submit that the movement of such Danish ships tantamount to grant of legal recognition to externalization of the real costs and liabilities of ships at end-of-life by the shipping companies of Europe and other developed countries.

I submit  that the transfer of the Danish ship fails to reflect compliance with Basel Convention’s core obligation - minimisation of transboundary movements of hazardous waste, and as such will not prevent hazardous wastes such as asbestos, PCBs, old fuels, and heavymetals from being exported to the poorest communities and most desperate workers in developing countries. It fails to end the fatally flawed method of dismantling ships known as “beaching” where ships are cut open on tidal flats. This is required because on a beach it is impossible to contain oils and toxic contaminants from entering the marine environment; safely use cranes alongside ships to lift heavy cut pieces or to rescue workers; bring emergency equipment to the workers or the ships and protect the fragile coastal environmental zone from the hazardous wastes on ships. It allows hazardous substances from end-of-life ships to enter India outwitting the motive of the Basel Convention and leaving a toxic legacy for generations to come.

I submit that the Danish ship Concord (IMO No. 9232319) offers an opportunity to set matters right and undo the damage done in the case of Danish ship RIKY (ex Kong Fredrick IX).
ToxicsWatch Alliance (TWA) has been working on the issue of hazardous wastes and ship breaking for over decade. It is an applicant before the National Human Rights Commission (NHRC), Parliamentary Standing Committee on Science, Technology, Environment & Forests, Parliamentary Petitions Committee, Parliamentary Standing Committee on Labour and relevant UN agencies besides Inter-Ministerial Committee on Ship breaking. It was the applicant before the Hon’ble Supreme Court wherein the order for creation of the Shipbreaking Code was passed. It had appeared before the Supreme Court’s Monitoring Committee on Hazardous Wastes, Court’s Technical Experts Committee on Hazardous Wastes related to Ship breaking and pursued cases involving famous ships like RIKY (Kong Frederik IX), Le Clemenceau, SS Blue Lady, Platinum II and Exxon Valdez and others.
In view of the above, I request you to put an end to the transboundary movement of such Danish ships to ensure that end-of-life ships being hazardous wastes are compliant with obligations under Basel Convention and relevant European and Indian laws. Such an action will herald a new beginning in the new year.
I will be happy to share more details in this regard.
Thanking You