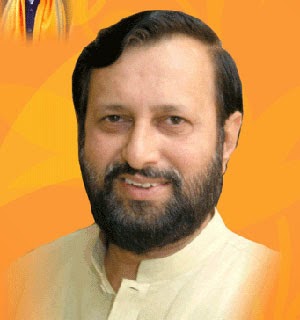 This is to urgently inform you that a Danish end-of-life asbestos laden and persistent organic pollutants laden and heavy metals laden ship Clipper Concord (IMO No. 9232319) is headed for Alang beach, Bhavnagar, Gujarat for dismantling in violation of Hon’ble Supreme Court’s order and Shipbreaking Code 2013. It’s likely time of arrival on Alang beach is 6.30 AM on December 17, 2014. The real owner of this dead and obsolete ship is Shri Christian Stadil, a noted Danish businessman who preaches a good deal about ethics in business. This end-of-life ship has not been decontaminated in the country of export as per Hon’ble Court’s order. The rate of death of migrant workers on Alang beach has remained somewhat consistent because of such hazardous ships. It is the legacy of likes of Shri A Raja kind of ministers.

We submit that the Ministry of Shipping must examine the issue at its meeting on the issue of Shipbreaking Code 2013 on December 19, 2014.

We submit that the movement of this ship under the flag of Bahamas is in violation of UN’s Basel Convention on Transboundary Movement of Hazardous Wastes and Their Disposal to which India is a party. It is an anti-worker, anti-environment and anti-India step.

We submit that Union Ministry of Environment, Forests is the Focal Point for Basel Convention.

We submit that this ship is in violation of relevant European laws as well.

We submit that the location of the dead Danish ship is available at http://www.vesselfinder.com/da/vessels/CLIPPER-CONCORD-IMO-9232319-MMSI-311034000.

We submit that the refusal to allow the entry of this Danish ship will demonstrate whether state of affairs have changed since the days of Shri A Raja when he was the Union Minister of Environment & Forests.  Under his tenure the Ministry of Environment and Forests became one of the most vociferous proponents of waste dumping in India and turned the country into a trash-servicing economy.

It must be recalled how a Danish end-of-life ship, a ship with dubious credentials left the shores of Denmark. Then a month later, A Raja led environmental ministry and other relevant ministries allowed it to enter Indian waters with a flag of a country that does not exist. It entered Indian waters under the flag of a mythical country called ROXA and beached at Alang, Gujarat's shipbreaking yard, for scrapping. On 15 April, 2005, Ms Connie Hedegaard, Denmark's environment minister alerted her Indian counterpart Shri A Raja about the illegal movement of a 51 year-old asbestos laden ship, Kong Fredrick IX. The ship was on its way to Alang ship breaking yard, Gujarat for scrapping. The ship's new owners Jupiter Ship Management, a Mumbai based company, had renamed it to 'MV Riky'.  Ms Hedegaard wrote: "I write to you in a matter of great concern for me as Minister for the Environment in Denmark - the illegal traffic of hazardous substances in ships." She said that 'Kong Frederik IX' had left Denmark on 16 March 2005, allegedly to be put in service in the Middle East as a cargo ship, and that it was transiting in the Suez, on its way to the Red Sea. Ms Hedegaard had alerted Shri Raja: "Several independent sources of information claim that the ship is now bound for the West-Indian coasts to be dismantled and it could arrive in India within a week. Therefore the information given by owners etc. could be false." She also referred to her conversation with Shri Raja in New York at a meeting of the UN Commission on Sustainable Development and their discussing the matter in person. She appealed, "I believe our interests are joint - and I call on you to co-operate in this case by denying the ship to be dismantled in India - and refer the ship to return to Denmark to be stripped of the hazardous waste." She added that by that, India and Denmark could send a strong signal, that neither country would accept export of environmental problems that could be solved locally, and that "we - as governments - will not accept this kind of foul play which results in lasting damage of the environment."

We submit that responding to Ms Hedegaard on 28 April 2005, Shri Raja wrote: "As you are aware India is a party to the Basel Convention since 1992 and has strengthened the national legislation Hazardous Wastes management notified in 1989 to ensure compliance of our obligations under the Convention. We have determined that the ship cannot be classified as "Wastes" within the scope of Act 2.1 of the Basel Convention." Shri Raja noted that a ship sailing under its own power is not "waste".  Shri Raja also wrote that according to the Gujarat Maritime Board (GMB), Gujarat Pollution Control Board (GPCB) and the Central Pollution Control Board (CPCB) who inspected the ship, there was no objectionable hazardous material on it. He noted that the ship had been beached since 23 April 2005 at Alang, Gujarat. "There are only in built insulation materials which are part of the structure of all ships. As per Indian Laws and our position under the Basel Convention and the IMO, the ship has the requisite permission for beaching," he asserted to Hedegaard.  At around the same time as Ms Hedegaard's letter, Shri Per Stig Moller, the Danish Minister of Foreign Affairs also wrote to Shri K Natwar Singh, the then Indian Foreign Minister. This was followed-up by meetings between Mr Michael Sternberg, the Danish ambassador in Delhi and the Shri Pradipto Gosh, Secretary, Union Ministry of Environment and Forests (MoEF). Nothing changed.  On 23 April 2005, "Riky" arrived for scrapping at Alang under the jurisdiction of GMB. Even the flag under which the ship sailed in isn't perfectly clear. Shri N B Deshmukh, Assistant Commissioner, Customs Division, Bhavnagar, Gujarat said that Riky was carrying the flag of Democratic Peoples’ Republic of Korea (North Korea). However, this version was challenged in the Supreme Court on the ship's admission into India, alleging that the ship sailed in under the flag of Roxa, a non-existent "country".  Subsequently, on 2 June 2005, the Supreme Court Monitoring Committee (SCMC) on Hazardous Waste permitted the dismantling of Riky subject to the presence of officers from CPCB and GPCB. The SCMC was set up by the Supreme Court in October 2003 to monitor the progress in implementation of Hazardous Waste (HW) Rules as well as a series of orders on hazardous waste matters passed by the apex court. SCMC was informed on 24 May 2005 alleging that the registration document for renaming the ship had been fabricated to allow beaching in a bid to confuse the Danish authorities. Riky has since been dismantled. The entry of this dubious Danish ship and its dismantling in Indian waters must be remembered in the list the of India’s intelligence failures in which Shri Raja, Shri Ghosh and Shri Natwar Singh seem to have become complicit. It is noteworthy that although Hon’ble Court admitted the case it never heard the matter to decide the case. Shri Raja’s position was untenable and it belittled India’s stature.

We submit that the Danish ship Concord (IMO No. 9232319) offers an opportunity to set matters right and undo the damage done by Shri Raja’s tenure.
We submit that the ship breaking activities are linked to issues of maritime and national security as has been recorded repeatedly in the minutes of the Inter-Ministerial Committee (IMC) on Ship breaking.

We submit that the transfer of the Danish ship fails to reflect compliance with Basel Convention’s core obligation - minimisation of transboundary movements of hazardous waste, and as such will not prevent hazardous wastes such as asbestos, PCBs, old fuels, and heavy metals from being exported to the poorest communities and most desperate workers in developing countries.

It fails to end the fatally flawed method of dismantling ships known as “beaching” where ships are cut open on tidal flats. This is required because on a beach it is impossible to contain oils and toxic contaminants from entering the marine environment; safely use cranes alongside ships to lift heavy cut pieces or to rescue workers; bring emergency equipment to the workers or the ships and protect the fragile coastal environmental zone from the hazardous wastes on ships. It allows hazardous substances from end-of-life ships to enter India outwitting the motive of the Basel Convention and leaving a toxic legacy for generations to come.

We submit that in violation of the judgment of the Hon’ble court which calls for prior decontamination of the ship in the country of export, the movement of this Danish ship fails to ensure the fundamental principle of “Prior Informed Consent”. The “reporting” is taking place only after the hazardous waste ship arrives in the importing country’s territory that a competent authority has the right to object and the objection allowed is not to the importation but to the ship recycling plan or ship recycling facility permit.  Thus, India is forced to receive hazardous waste in the form of ships.  The movement of such harmful toxic ships ignores Polluter Pays/Producer Responsibility Principle, Environmental Justice Principle, Waste Prevention/Substitution Principles and Principle of National Self Sufficiency in Waste Management.

We submit that if concerned government authorities in India allow entry to this Danish ship it will tantamount to grant of legal recognition to externalization of the real costs and liabilities of ships at end-of-life by the shipping companies of Europe and other developed countries.

We submit that these European shipping companies are so powerful that in order to make national laws and ministries subservient they have engineered the allocation of decision making regarding ship breaking from Union Steel Ministry to Union Shipping Ministry despite the fact that the latter does not have any competence to supervise secondary steel production.

We submit that the European Commission’s disregard for their legal obligations under the Basel Convention is influenced shipping companies to further facilitate the export of their hazardous end-of-life ships to countries like India. The European Commission’s amendment of its European Waste Shipment Regulation is regressive. India should not become complicit in such illegitimate advances of these companies.

It high time India led the fight by industrialising nations to force rich countries to stop dumping their toxic wastes on developing countries. In November 1992, at the First Conference of Parties to the Basel Convention, Shri A Bhattacharja, the head of the Indian delegation, told the world: “You industrialised countries have been asking us to do many things for the global good – stop cutting down our forests, stop using your CFCs. Now we are asking you to do something for the global good: keep your own waste.”

In view of the above, we request you to ensure that the Danish ship in question is not allowed entry into the Indian waters and ensure that entry of end-of-life ships are compliant with obligations under Basel Convention.

We will be happy to share more details in this regard.