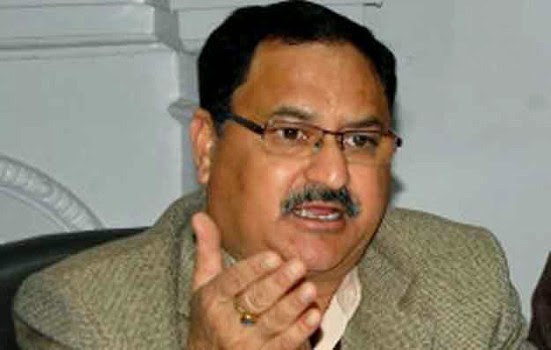 Sir,
Let me congratulate you on taking charge as the cabinet minister of Ministry of Health & Family Welfare. It is quite apt that your experience as minister of health in the Government of Himachal Pradesh has been recognized.

This is to draw your urgent attention towards the attached document of World Health Orgainsation (WHO) seeking elimination of asbestos related diseases. In our country, the past usage and the continued usage of the roofing sheets made of cancer causing fibers is an anti-public health legacy of previous governments because all kinds of asbestos including white asbestos causes incurable diseases like lung cancer, asbestosis and mesothelioma.  The alternatives of asbestos sheets are ideally suited for roofing applications.
I submit that owing to growing public awareness about the hazards of asbestos, consumption of asbestos dropped by 39% from 2012 to 2013 in India but this is hardly enough to save us from the hitherto unacknowledged imminent public health crisis. India's asbestos consumption in 2013 was 302,668 tons. In 2012, it was 493,086 tons. ( 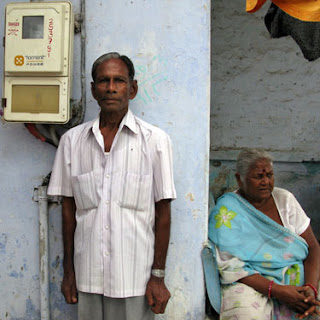 In the pictures, Narayan and Suneetha Mehra in Ahmedabad. Mehra, who worked at a power plant and insulated steel poles with asbestos, has asbestosis, and so does his wife, from washing his clothes. Under the law the former can pursue the case for meager sum of money as compensation but fearing a protracted legal battle, he chose a out of court settlement. Few thousand of rupees that he got has already been spent in buying medicines which are nothing more than placebo. His wife does not have even this legal remedy or any other remedy.)

I submit that the Dr Barry Castleman, the noted author of Asbestos: Medical and Legal Aspects has underlined that one person dies from mesothelioma for every 170 tons of asbestos consumed. WHO estimates we have 107,000 deaths worldwide per year from occupational exposure to asbestos. If non occupational exposure is added it reaches a figure of about 120,000 deaths. Average world consumption/year 30-60 years ago was -- looks like 3/2 of what it is now (2 million metric tons/year). Give India its share of that based on its share of global consumption. At 300,000 tons in 2013, that's about 18,000 deaths (15% of 120,000). Dr Castleman's work was quoted by Hon'ble Supreme Court of India in its judgment dated January 27, 1995. I submit that if the ministry under your leadership can pay heed to the decision taken by some 55 countries which have banned asbestos of all kinds, it will be a historic moment. I wish to seek your intervention to ensure compliance with the resolution of WHO that has recommended elimination of asbestos for eliminating asbestos related diseases.

I submit that in case you decide to pay heed to WHO's resolution, this decision would honor the letter and spirit of Hon'ble Supreme Court of India's judgment dated January 27, 1995 directing central and state governments to update their rules and laws in the light of fresh ILO's resolution. ILO has made specific directions vide its Resolution of 2006 introducing a ban on all mining, manufacture, recycling and use of all forms of asbestos. I submit that our National Human Rights Commission (NHRC), New Delhi is pursuing is a case (NHRC Case No.2951/30/0/2011) seeking compliance with the Hon'ble Court's order in the backdrop of an epidemic of asbestos related incurable lung diseases. I submit that Secretary, Medical Education & Research, Chandigarh Administration has informed NHRC that "a. White Asbestos (Chrysotile Asbestos) is implicated in so many studies with the following diseases:-Mesothelioma (Cancer of Pleura), Lung Cancer, Peritoneal Cancer, Asbestosis, And also consider as cause of following cancers:- Ovarian Cancer, Laryngeal Cancer, Other Cancer, b. Diseases are produced in the person involved in Asbestos Industry." It states that "No. of cancer deaths due to asbestos requires further large scale study from India" It informed, "It is definitely harmful material, causing cancer and other related diseases." I submit that the "Government of India is considering the ban on use of chrysotile asbestos in India to protect the workers and the general population against primary and  secondary exposure to Chrysotile form of Asbestos" at page no. 28 of its concept paper presented by the central government at the two-day 5th India-EU Joint Seminar on  "Occupational Safety and Health" during 19-20 September, 2011. I submit that it is noteworthy that Dow Chemicals Company has set aside $2.2 billion in compensation fund to address future asbestos-related liabilities arising out of acquisition of Union Carbide Corporation (UCC) and its Indian investments in 1999. Many manufacturers of asbestos-containing products have gone bankrupt in USA as a result of asbestos litigation. I submit that Dr H N Saiyed, former Director, National Institute of Occupational Health (NIOH), Ahmedabad has stated that paying compensation to the victims of asbestos related diseases is a long process. He added, asbestos does not have a threshold limit. The best way to stop the  diseases is to stop its use. Politicians are hiding behind absence ofdata which is not being collected. They shared this at conference  organized by Maulana Azad Medical College, New Delhi organised by Centre for Occupational and Environmental Health in partnership with Drexel University, School of Public Health, Collegium Ramazzini, central ministries of Government of India and Heart of England, NHS Foundation Trust.

I submit that at the conference Dr. R.B. Raidas, Deputy Director General, Directorate General of Factory Advice Service & Labour Institutes. (DGFASLI) has revealed that 36 out of 1000 workers have been found to be suffering from asbestos related diseases. He revealed that DGFASLI had studied some 8, 000 workers and found that some 228 workers were exposed. I submit that although India has technically banned asbestos mining, Russia, the world's biggest asbestos producer remains India's biggest supplier of raw asbestos. India remains the world's biggest asbestos importer. India is consuming 15 % of the total world asbestos production, as per US Geological Survey estimates.

I submit that Ukraine decided to prolong anti-dumping duties on imports of asbestos-cement corrugated sheets from Russia for an additional five years.
Given incontrovertible evidence, the ministry ought to consider recommendations to take preventive steps by ensure elimination of use of all kinds of asbestos as per the recommendations of the Hon'ble Court's and the WHO.

In view of the above, there is an immediate need to conduct an audit of the current status of the victims of asbestos related diseases from the government hospital records in the country and make it mandatory for medical colleges to provide training for doctors so that they can diagnose diseases caused by occupational, non-occupational and environmental exposures to killer fibers and substances.
I am copying the message to Dr Castleman for his considered opinion in this regard.
Yours faithfully
Gopal KrishnaToxicsWatch Alliance (TWA)
Mb: 08227816731, 09818089660,E-mail:gopalkrishna1715@gmail.comWeb: www.toxicswatch.org
Cc
Dr. Vishwa Mohan Katoch MD, FNASc, FAMS, FASc, FNA, Secretary, Department of Health Research (DHR), Union Ministry of Health & Family Welfare
Dr Barry Castleman, author, Asbestos: Medical and Legal Aspects

I was simply searching for some information for my work then I saw your post and I found it interesting. Sometimes I don’t get time to read but for my carrier it is important to have some knowledge about the general things. I must say you are the best platform to read current happenings. Everything has explained in detail and also it carries only relevant and genuine content. I am working with panseva and it is good to know about our nation.

Great post. I was checking constantly this post and I am impressed! Very helpful information. I care for such information a lot. I was looking for this particular info for a very long time. Thank you and best of luck.
sportswear for women