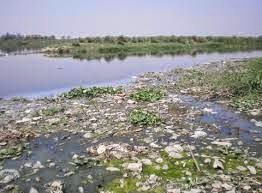 Gadkari chairs meet to augment Yamuna flow on Delhi stretch
Union Minister for Transport, Highways and Shipping Nitin Gadkari on Monday asked Delhi Government officials to explore the possibility of constructing navigational barrages on Delhi stretch of Yamuna to augment the flow of the river. The measure was suggested by the Central Water Commission in one of its previous reports which also entails augmenting the water capacity by recharging the at least four to five big lakes which are close and channelise their flow into the river. Gadkari was chairing a meeting for rejuvenation of Yamuna River and to make its stretch in Delhi navigable.

The major source of the Capital’s water is also the destination for a large amount of its raw sewage, as treatment plants are being underutilised and sewage is flowing into the Yamuna. As per the Delhi Jal Board, which is responsible for managing the city’s sewage, 680 million gallons per day (MGD) of sewage is produced, while its treatment capacity is 594.72 MGD. As if the 86 MGD shortfall wasn’t bad enough, the water utility is unable to fully use its existing capacity. On June 6, for which latest data is available, the DJB treated 343.28 MGD at its sewage treatment plants. That means 42.28 per cent of the installed treatment capacity is not being used.