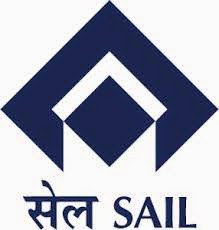 A four-member panel has been constituted which will investigate the accident: Mines, Steel and Labour Minister

The government has set up an independent panel to probe the June 12, 2014 leakage of toxic gas at the Steel Authority of India's Bhilai plant that left seven people dead. The plant was  built in 1955 with the support of Government of USSR.

"We have constituted a four-member panel" which will investigate the accident, Narendra Singh Tomar, Mines, Steel and Labour said on June 20, 2014.

The committee will submit its final report to the Secretary in the Ministry of Steel by July 17.  Tomar, who also holds the Labour and Employment portfolio, said the issue was being looked at seriously in order to check the recurrence of such mishaps.

A probe headed by the Durg Additional District Magistrate into the incident is also underway and its report is awaited.

The leakage of carbon monoxide at the plant affected 36 people. Seven of them, including two Deputy General Managers died in the mishap.
Share this article :