Note: The Narendra Modi led Government will have to take a decisive view on field trials of Genetically Modified (GM) crops and organism in the country. Among many sins committed by Dr Manmohan Singh, his sin to disregard a precautionary principle-based approach towards any open release of GMOs at the behest of Sharad Pawar led Agriculture Ministry is the most unpardonable. Veerappa Moily was brought in place of Jayanti Natarajan who resigned from the post of Union Minister of Environment & Forest after her recommendation for a precautionary principle-based approach was vetoed by the Prime Minister himself. 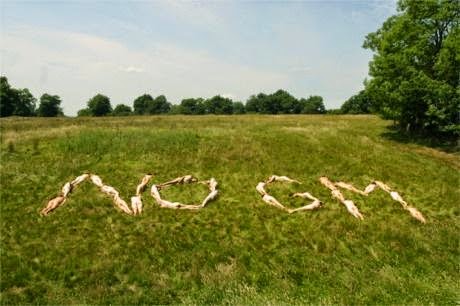 Parliamentary Standing Committee (PSC) on Agriculture in their 59th report submitted to the Speaker has reiterated their earlier recommendation on stopping all kinds of environmental releases of GM crops including for field trials. The PSC noted that they "are not satisfied with the replies furnished by the government" with regard to regulatory mechanism for transgenics and containment of trials. The Committee desired that 'further research and development on transgenics in agricultural crops should be done only in strict containment and field trials should not be undertaken till the Government puts in place all regulatory, monitoring, oversight,
surveillance and other structures. The Committee note from press reports that the Minister for Environment and Forests has decided to allow field trials of transgenics which is contrary to the recommendations of the Committee in the 37th Report. The Committee strongly deprecate this".

The PSC's report states, "the Committee are of the strong view that unless and until a comprehensive,
transparent, effective and professional regulatory system is in place, there exists no scope for field trials of transgenics". It contends that "the first hand experience gained by the Committee is ample proof to show that the miseries of farmers have compounded since the time they started cultivating Bt cotton. The Committee would like the Government to appreciate the ground reality and not to thrust commercial cultivation
of Bt cotton on farmers".

Notably, the approach of the PSC is similar to the majority report of the independent experts of the Technical Expert Committee (TEC) appointed by the Supreme Court on the matter of open air field trials.

She raised the issue of manifest conflict of interest with the PMO which permitted Ministry of Agriculture, the promoter of GM crops to draft the affidavit instead of Ministry of Environment & Forests. "The elaborate comments on both reports - the 5 member TEC and Dr Paroda's dissent note and the views of Government of India contained from pages 6 to page 33, are not reflective of my views or that of MoEF. These are the views of MoA. It is not known on what basis these views have been taken and whether the views of environmental scientists have been recorded with agricultural scientists. These submissions require modification and may perhaps be deleted due to time constraint in sorting out the differences", she noted. Within 10 days of this she was replaced by controversial Veerappa Moily who was given the additional charge of ministry of environment & forests along with ministry of petroleum & natural gases despite him being conflict of interest ridden on the condition that he would agree with the PMO and Ministry of Agriculture on the issue of the latter drafting the affidavit.

It is noteworthy that during the November 2012 hearing, the Court had inducted a new member, Dr R S Paroda, into a Technical Expert Committee (TEC) set up in May 2012 in the matter of the Public Interest Litigation on Genetically Modified Organisms (GMOs) being heard by the Supreme Court through Writ Petition No. 260 of 2005. Dr Paroda's membership in TEC has been found conflict of interest ridden by the civil society because the Ministry of Environment and Forests that has always been a respondent (on behalf of Union of India) in this case from the beginning, by virtue of the regulatory mandate and responsibility resting with them but in the November 2012 hearing, it was the Ministry of Agriculture that promotes GM crops which insisted on the appointment of Dr Paroda as the sixth member of the Committee, after the interim report was submitted.

The fact is that Dr Paroda is not an “independent expert” because he is the Chairperson of Trust for Advancement of Agricultural Sciences (TAAS) since 2002 and he is also the Executive Secretary of Asia Pacific Association of Agricultural Research Institutions (APAARI) from 1993. Dr Paroda headed Board of TAAS has the Chairperson of Mahyco Research Foundation, Dr B R Barwale as a “corporate Member”. APAARI receives funding from Monsanto and Mahyco.Dr Paroda has in the past served on the Global Biotech Advisory Council of Monsanto. Monsanto which is going to be the largest beneficiary of any decision allowing GM crops into the country. It is quite unethical on the part of Dr Paroda to hide this conflict of interest. After the submission of the interim report of the TEC, the promoters of GM crops seems to have planted Dr Paroda to serve their interest. The civil society has sought removal of Dr Paroda from the TEC through an letter addressed to the Learned Judges of the Court.

France has stopped all GM field trials. A Mexican Court has suspended GMO field trials. A Brazilian Court has ruled against a GM crop. China has rejected GM corn imports. Russia has put in place a policy against transgenics. India should follow the example of France, Russia, Mexco and Brazil and safeguard food chain from poisoning through GMOs.

GMO producers should be punished as terrorists, Russian MPs say

A draft law submitted to the Russian parliament seeks to impose punishment up to criminal prosecution to producers of genetically-modified organisms harmful to health or the environment.
The draft legislation submitted on Wednesday amends Russia's law regulating GMOs and some other laws and provides for disciplinary action against individuals and firms, which produce or distribute harmful biotech products and government officials who fail to properly control them.
At worst, a criminal case may be launched against a company involved in introducing unsafe GMOs into Russia. Sponsors of the bill say that the punishment for such deeds should be comparable to the punishment allotted to terrorists, if the perpetrators act knowingly and hurt many people.
“When a terrorist act is committed, only several people are usually hurt. But GMOs may hurt dozens and hundreds. The consequences are much worse. And punishment should be proportionate to the crime,” co-author Kirill Cherkasov, member of the State Duma Agriculture Committee told RT.
Russian criminal code allows for a punishment starting with 15 years in jail and up to a life sentence for terrorism.
Less severe misdeeds related to GMOs would be punishable by fines. For instance the administrative code would provide for up to 20,000 rubles (US$560) in fines for failure to report an incident of environmental pollution, which would also cover harmful GMO contamination, if sponsors of the bill have their way.
Russia gave the green light to import of GMOs and planting of bioengineered seeds as part of its accession to the WTO, but the Russian government remains skeptical of GMOs. In April, Prime Minister Dmitry Medvedev announced that his cabinet will postpone the beginning of certification of GMO plants for growth in Russia due to lack of proper infrastructure needed to test their safety.
The government also opposes imports of GMO food, saying the country has enough farmlands to provide enough regular food to feed itself.
But the new draft legislation, even if adopted, would be difficult to enforce in practice. Proving a direct link between certain GMOs and health or environmental problems could be difficult, considering that harmful effects, if they manifest, may take years to become apparent.
Critics of the draft bill also point out that it fails to suggest amendments to laws regulating textile production and pharmaceutical industry, both of which have been using genetically-altered products for years.
“The global pharmaceutical industry uses GMOs much wider than food industry does. And there is the question, who should be punished in this case – producers of medicines which are used to treat people, or those who want to ban them,” commented Aleksandr Korbut, vice-president of the Russian grain union, to Izvestia newspaper.