Residents of Sukhdev Vihar, Okhla, have on Saturday written to the Central Pollution Control Board (CPCB) and Delhi Pollution Control Committee (DPCC) against Delhi’s Jindal’s Timarpur-Okhla waste management incinerator stating that the plant is yet again spewing toxic ash.

Earlier the group had written to the National Human Rights Commission on March 28 appealing for help.

In their letter to the CPCB and DPCC, area residents noted: “The excessive dust fall was noticed, reported and inspected by the environmental watchdogs in December 2014 and later in January and February this year. We understand that the plant proponent were issued warning letter for the December incident and later a show cause notice was also issued. We were given to understand that the reply to the show cause notice was not satisfactory.”

The residents add that the spewing of the ash by the incinerator is a frequent occurrence which causes serious public health issues and warrants closure of the plant.

“We are beginning to lose confidence in the National Green Tribunal. In view of the fatal threat from the ongoing hazardous ash-fall from the municipal waste incinerator plant based on the Chinese technology, the NHRC’s imminent intervention will save the health of present and future generation of Delhi residents. Pregnant women, infants and older people are suffering from diseases caused by the plant’s toxic waste,” said an area resident Vimal Monga.

Gopal Krishna of NGO Toxics Watch Alliance, which has been working to highlight the plight of the residents here, said: “Residents living around an incinerator and other pollution sources have as per various studies shown significant increase in lung cancer related specifically to the incinerator. Doctors have noted that those living within 7.5 km of incinerators display risk of cancers specifically of stomach, colorectal, liver and lung cancer.” 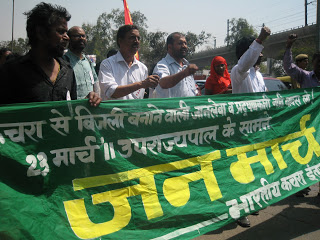 NEW DELHI: Alarmed by the dust and pollution from the Okhla waste-to-energy plant, environmental activist Gopal Krishna has registered a complaint with the National Human Rights Commission. In his complaint, he has quoted letters from around 100 doctors regarding the public health crisis caused by the emissions.

"Prior to this, the Delhi high court and parliamentary standing committee on urban development has ruled against such hazardous incinerator or combustion technologies. Such plants pose a grave threat to the health and environment of residential areas of Narela, Bawana and Ghazipur. I seek the commission's urgent intervention to address the issue of health rights of residents of present and future generations," the complaint states. Krishna, of ToxicsWatch Alliance, has also enclosed TOI's report dated March 25, about doctors from Holy Family Hospital and several others writing to the PM regarding the issue.

Meanwhile, there has been dust and fly ash fall from the plant on several days. "The National Green Tribunal had asked us to notify Delhi Pollution Control Committee and Central Pollution Control Board of each time there is dust fall," said a Sukhdev Vihar resident. However, neither DPCC nor CPCB have not filed any action-taken report (actions taken to control dust fall) based on their complaints. Residents, on Sunday, wrote to both agencies explaining that they need the action-taken report so that it can be submitted to NGT.

"Excessive dust fall was noticed, reported and inspected by you in December, January and February. We understand, the plant proponent were issued warning letters and show-cause notice. But the action taken report for the same remains unreported to NGT," the letter said.