skip to main | skip to sidebar
Home » Gender Crisis » Number of girls eliminated in India & China is more than girls born in U.S

Number of girls eliminated in India & China is more than girls born in U.S


Note:Few years ago a friend from France with whom I used to work told me that roads in Delhi in particular and in India in general look abnormal because she witnessed mostly men all around. As an Indian this abnormality had escaped my eyes. Now whenever I am on the roads, I notice that she was absolutely right.

Census 2011 shows that the gap between the number of girls per 1,000 boys up to the age of six has increased to 914. In 2001 census, it was 927. Ultrasound technology industry in collusion with doctors commit foeticide. This is rampant in Punjab, Delhi, Bihar, Rajasthan, Gujarat, Haryana, Uttar Pradesh, Maharashtra and West Bengal. An estimated 15 million girls were not allowed to be born in India. A film called Mathrubhoomi: A Nation Without Women underlines the imminent crisis.

Sex selection is worse than trafficking 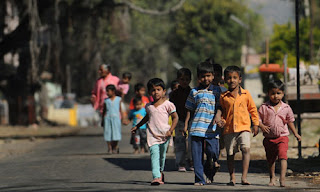 M. George, a member of India’s Campaign Against Sex Selection, told a House panel Tuesday accusing Google of “carrying advertisements targeting the privileged Indians for sex selection to Dubai, Thailand, US, and Europe.”
At a hearing on “India’s Missing Girls,” he also asked the U.S. Congress to “motivate India to stop targeting women for sterilisation and ensure that coercive family planning practices are abandoned.”
Smaller families in India “will not be achieved by even more elimination of girls if population control does not take place voluntarily,” said the campaigner who documented the spread of sex selection in rural Haryana.
George said he was making the appeal to the US Congress as the American government and foundations, institutions headed by Americans like World Bank have spent up to 60 years advocating and funding population control measures in India.
“More girls in India and China are eliminated every year than the number of girls born in U.S.,” he told the House Foreign Affairs committee’s subcommittee on Africa, Global Health, Global Human Rights & International Organisations.
“Over the last decade, 6 million plus girls were eliminated before birth in India; this is more than the number of Jews killed in the Holocaust by the Nazis,” said George calling rampant sex selection in recent decades a “genocide.”
George cited American researcher Mara Hvistendahl to highlight the role of Americans and global population control lobbies in introducing sex selection in 1970 into India for population control.
Another witness, Mallika Dutt, president of a global human rights organization, also asked the U.S. to assume a position of global leadership in confronting the underlying factors that foster gender discrimination.
As gender discrimination is a global pandemic that requires multi-faceted interventions, she made a plea to sustain U.S. investments in global health and development, which are critical to delivering vital services to women and girls to secure their human rights.

This may not be primary reason but is a factor that causes rapes.