Amended version of the Bill should be made public amidst suspicion of collusion between Congress-BJP
Provision of land bank is regressive but is consistent with Kelkar Committee’s recommendations on monetization of land
Instead of acquisition, land should only be taken on lease 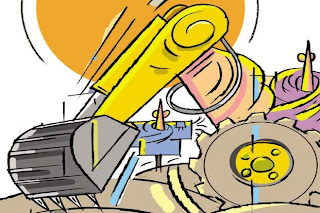 While revision by Indian Parliament of the regressive Land Acquisition Act, 1894 passed by British Parliament was long due but Right to Fair Compensation and Transparency in Land Acquisition, Rehabilitation and Resettlement (RFCTLARR) Bill, 2013 should have disapproved of Kelkar Committee’s recommendations on monetization of land and should been preceded by Agricultural Land Conservation Bill.  The Bill which got the nod of Lok Sabha earlier was passed by Rajya Sabha on the night of September 4, 2013 by 131-10 votes with four new official amendments, proposed by opposition parties.
It is learnt that Rajya Sabha has returned the Bill to Lok Sabha with amendments. The fresh amendments include one on dilution of retrospective clause with regard to acquisition of land for irrigation projects.


The report of Government of India appointed D. Bandyopadhyay headed Expert Group dealt with the magnitude of the large scale land acquisitions. The report was prepared for the Planning Commission in 2008. The report noted that around 60 million were displaced during the period 1947- 2004, involving 25 million hectare land including 7 million hectare of forest and 6 million hectare of other common property resources. Only a third of the displaced persons of planned development have been resettled. These findings were presented to the Parliament in May 2012.


These displaced people have the first right over the government owned land.  Instead of selling the government owned land to private entities as per the recommendations of the Kelkar Committee, land which is a precious natural resource and is the main source of livelihood in the country should be distributed among the landless. As per 'Economic Survey of India 2011' over 1.8 crore rural families in India are landless. The fact is that even the landless are dependent on land for their livelihood.
On September 3, 2012, the three- member Committee on Roadmap for Fiscal Consolidation constituted by the Finance Minister submitted its 38 page report. The Committee was headed by Kelkar, former finance secretary and advisor to the finance minister. The other two members were Indira Rajaraman and Sanjiv Misra. Kelkar also headed the 13th Finance Commission.


It is clear that Finance Ministry’s acceptance of the recommendations of Kelker Committee is yet another instance of the government’s visible opposition to public interest in service of private interests.


The fact remains bringing (previously excluded) Special Economic Zones in the ambit of the Bill is a step in the right direction. This should apply to other 13 Acts like Atomic Energy Act too, which have been exempted.
The inclusion of ‘infrastructure’ instead of ‘agriculture’ under definition of public purpose in the Bill has clearly been done under the influence industry bodies. The Bill by parens patria (constitutional guardian) should have provided relief to lakhs of people who have been displaced since the enactment of various incarnations of legislation for land acquisition by the British Parliament. The Bill’s silence on historical wrongs and its failure to undo those wrongs through just resettlement and rehabilitation is unacceptable.
For Details: Gopal Krishna, ToxicsWatch Alliance (TWA), Mb:08227816731 (Patna), 09818089660 (Delhi),  Web: www.toxicswatch.org, E-mail:gopalkrishna1715@gmail.com