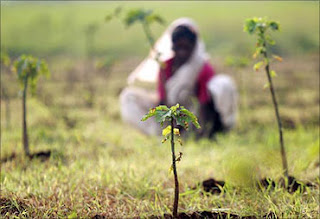 In the Rajya Sabha on September 4, 2013, D. Bandyopadhyay said, "...our opposition is mainly on the whole concept of eminent domain. Eminent domain, Madam, was a royal prerogative. Notionally all land belongs to the king. Individual title holders are absolute owners but the King, now State, is the notional paramount owner of the land. Therefore, if the King, now the State, wants that land for his own purpose, then it can  appropriate the land by paying compensation because it is the recognized right."

He said, "This comprehensive Bill is not the only law on the land acquisition. There are 13 other laws as
mentioned in the Schedule IV of this Bill itself. Now my point is why there should be such multiplicity of law on the same subject. I know the Minister of Rural Development, in-charge of this Bill, cannot control all those 13 Ministries. But, at the time Government as a whole should take a view that there are 13 Acts regarding the acquisition. Each Department wants a Bill of its own. So, when you are having a comprehensive Bill covering all aspects giving a human face to it, why should we have all those Acts?"

He further said, "we oppose the Bill because this draconian law should not be used by profit making institutions, owners of such entities who believe in the efficiency of market for efficient allocation of resources. That applies to the principle: When they operate in the land market, as they are operating in the labour market, as they are operating in the resource market, or, in whatever market they are, if there are imperfections in those markets and they operate and make money, why they should be given privilege under this Bill to acquire land forcefully."