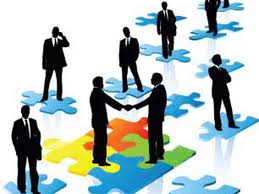 EVEN as India Inc celebrates the passing of the Companies Bill, 2012, by the Rajya Sabha on August 8 for the new era of corporate governance that it makes possible, many economists and Right to Information (RTI) activists have raised concerns over some of its salient features.

On corporate contributions to political parties, Section 182(1) of the Bill says: “The aggregate of the amount which may be so contributed by the company in any financial year shall not exceed seven and a half per cent of its average net profits during the three immediately preceding financial years”. The Bill also allows companies to donate up to 5 per cent of their profits to non-governmental organisations (NGOs).

These provisions could strengthen the nexus between political parties and private corporations. They are in direct conflict with the provisions in a pending Bill on contesting elections on government expenses, which is based on the recommendations made in 1999 by a panel constituted by the National Democratic Alliance (NDA) government headed by Atal Bihari Vajpayee. The panel, headed by the late Indrajit Gupta of the Communist Party of India (CPI), studied the increasing use of black money in elections and favoured state funding of elections, which it deemed constitutionally and legally justifiable. Both the Congress and the Bharatiya Janata Party (BJP) have endorsed the recommendations made by the panel.

Neither party opposed the provisions on corporate funding of political parties in the Companies Bill. In fact, the Standing Committee on Finance, headed by Yashwant Sinha of the BJP, increased the cap on contributions in a financial year to 7.5 per cent of the average net profits from 5 per cent in the first draft.
Gopal Krishna of ToxicsWatch Alliance, an environment-activist group based in New Delhi, said: “This [Section 182] is contrary to several reports of parliamentary and government committees which recommended state funding of elections to deal with black money. The Union government constituted a Group of Ministers [GoM] on January 6, 2011, to consider measures that can be taken by the government to tackle corruption. Its terms of reference included state funding of elections.”

According to him, in a press release dated October 15, 2011, the GoM called upon the Ministry of Law “to formulate concrete proposals on constitutional and statutory amendments which are required for introducing reforms relating to state funding of elections”. At its meeting on September 30, 2011, the GoM directed the Law Ministry to formulate these proposals for its consideration, excluding such areas where consultation with political parties was required. “The passage of the Bill signals how these efforts seem to have been in vain,” Gopal Krishna said.

When passed into law, the Companies Bill will replace the existing Companies Act, 1956.

The United Progressive Alliance (UPA) government introduced the Bill ostensibly to encourage a business-friendly environment in the changed economic scenario and push economic growth. By simplifying rules and regulations, the Bill makes mergers and acquisitions of companies much easier, provides recognition to a one-member enterprise as a company, and removes many bureaucratic compulsions mandated under the 1956 Act. It introduces accountability mechanisms for companies, strengthens shareholders’ rights, and mandates stronger accounting standards. The Bill also makes it compulsory for companies to spend at least 2 per cent of their net annual profits on corporate social responsibility (CSR).

The Bill effectively promotes self-regulation by companies and simultaneously withdraws much of the government’s powers vis-a-vis the functioning of private enterprises, an aspect that the advocates of greater regulation, especially in times of economic recession, oppose strongly.

The chambers of commerce have welcomed the fact that the new law institutionalises transparency in corporate functioning. However, opponents of the Bill highlight the clauses in it that could affect severely the independent working of the state.
RTI amendment

The controversial clauses in the Companies Bill assume greater significance in the context of the introduction of an amendment to the RTI Act in the Lok Sabha on August 12. The amendment seeks to keep political parties out of the ambit of the Act. This overturns the Central Information Commission’s order that held political parties to be “public authorities” liable to provide information about their financial make-up under the RTI (see “CIC vs parties”, Frontline, June 28, 2013). The Right to Information (Amendment) Bill, 2013, seeks to insert an explanation in Section 2 of the RTI Act, which states that any association or body of individuals registered or recognised as a political party under the Representation of the People Act, 1951, will not be considered a public authority.

The former National Advisory Council member and prominent RTI activist Aruna Roy said: “All the political parties have unanimously taken exception to the CIC order. This is unprecedented. Such a move to amend the Act will reinforce and confirm the suspicions of many that the political establishment intends to cover acts of corruption and arbitrary use of power.”

RTI activists see the amendment as a setback for democratic institutions. Anjali Bhardwaj of the National Campaign for People’s Right to Information said: “Amending the Act is a drastic step. If political parties were opposed to the CIC order, they could have moved court against the order. The existing RTI Act already provides for safeguards in Section 8.”