Through Shri D B Singh, Director, Ministry of Steel, Government of India

This is to draw your urgent attention towards a 23 years old Chinese end-of-life ore carrier ship named MV Welmountain (ex Causeway, Genmar Harriet, Harriet and Nausicaa) under Panama flag with IMO No. 8802430 has anchored around Alang, Bhavnagar, Gujarat. Its last port of destination was Shanghai. The dead ship’s length x breadth is 277 m X 44 m and its gross tonnage is 81356.  The dead ship was previously under the flag of Liberia and was sold to undisclosed Chinese buyers. The picture and information about the dead is attached.

I submit that Hon’ble Court in its September 6, 2007 paragraph 9 reads:”The Collector of the district shall be associated when the actual dismantling takes place.” Therefore, Collector, Bhavnagar may be asked for a report with regard to the arrival of the end-of-life Chinese on Bhavnagar coast. 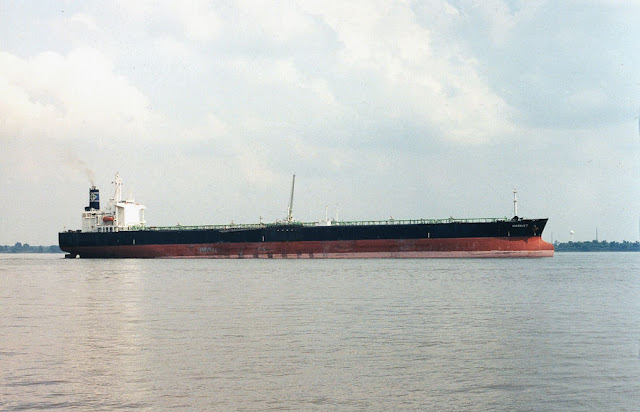 I submit that the dead ship’s previous registered owners include Hongyang Shipping PTE Ltd, Leejane Shipping Company, Ellejan Shipping Company. Their role as a possible corporate veil merits examination so that Indian waters is not allowed to become a dumping site for hazardous wastes like end-of-life ships.

It is reliably learnt that the dead Chinese ship still has an existing pump-room which is currently flooded with more than 400 MT of sludge with 10 ft of flooding. It appears to be an act of dereliction of duty on the part of the Gujarat Pollution Control Board (GPCB) which has cleared the vessel without visiting the sludge filled pump-room. It is believed that the quantity of the sludge is more than what was found on the vessel which recently had an explosion. 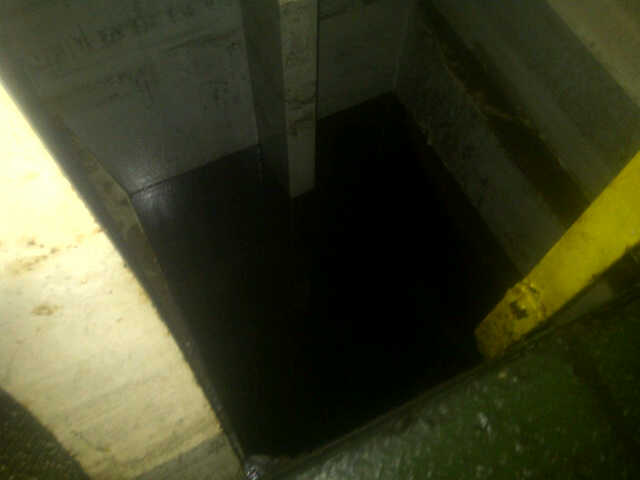 Since I have read the minutes of the 15th meeting of the Inter-Ministerial Committee on Ship breaking after field visit to Alang beach and Gandhinagar, Gujarat during 18-19 October, 2012 and the news report (IMC concerned over safety of Alang workers: Say mechanism to check decontamination of vessels appears inadequate, Nov 29, 2012, Business Standard), I am hopeful that you will ensure compliance of the IMC’s recommendations and Hon’ble Supreme Court’s orders in letter and spirit.

I submit that immediate necessary action alone can ensure that the owners of the concerned Central and State Government officials and the owner of the end-of-life ship submit a written affidavit stating that the entry of this dead ship in Indian waters is in compliance with the recommendations of the Hon’ble Supreme Court constituted Inter Ministerial Committee on Shipbreaking, Hon’ble Supreme Court’s order of July 30, 2012, September 2007 and October 14, 2003. The GPCB, Gujarat Maritime Board (GMB), Petroleum Safety Organisation (PESO), the Focal Point of the UN’s Basel Convention on Transboundary Movement of Hazardous Wastes and Their Movements in the Union Ministry of Environment & Forests too should be asked to submit a compliance report in this regard with an undertaking.

I submit that the attached picture of the pump room with at least 10 ft of oil and hazardous waste flooding in the MV Welmountain is a matter of grave concern and is an invitation for yet another deadly accident on the Alang beach.

I submit that the dead Chinese ship in question should not be allowed beaching permission unless it gives an undertaking that it has been pre-cleaned in the country of export as per Hon’ble Court’s order.
If MV Welmountain has entered Indian waters without compliance with the national and international law and the Hon’ble Court’s order, it should be sent back even if it gets beached using Saturday and Sunday as an excuse to set a precedent for such ships.

I submit that Hon’ble Court order of July 30, 2012 has ruled that “... in all future cases of a similar nature, the concerned authorities shall strictly comply with the norms laid down in the Basel Convention or any other subsequent provisions that may be adopted by the Central government in aid of a clean and pollution free maritime environment, before permitting entry of any vessel suspected to be carrying toxic and hazardous material into Indian territorial waters.”

I submit that Hon’ble Court observed that the TEC “report contains recommendations on management of occupational safety and health issues and handling of hazardous materials and hazardous wastes. The report also identifies the stake holders. It is pointed out that the agencies responsible for ensuring compliance with the regulations in Gujarat are GMB, DISH, Govt. of Gujarat, GPCB, Customs and the Petroleum Safety Organisation. Reference has also been made to Workers Welfare issues. Summary of the recommendations has been categorised into four categories i.e. immediate, short term, medium term and long term.”

It directed, “The Gujarat SPCB will ensure compliance with the new Gujarat Maritime Board (Prevention of Fire and Accidents for Safety and Welfare of Workers and Protection of Environment during Ship breaking Activities) Regulations, 2000, by the Gujarat Maritime Board and should submit a compliance report to the Court within one year of the coming into force of the said Regulations.”

It directed, “(12) The notification issued by GMB in 2001 on gas free for hot work, should be made mandatory and no ship should be given a beaching permission unless this certificate is shown. Any explosion irrespective of the possession of certification should be dealt with sternly and the licence of the plot-holder should be cancelled and the Explosives Inspector should be prosecuted accordingly for giving the false certificate.”

Hon’ble Court envisaged the role of IMC in this regard, it directed: “(14) The Gujarat Maritime Board and Gujarat SPCB officers should visit sites at regular intervals so that the plot-owners know that these institutions are serious about improvement in operational standards. An inter-ministerial Committee comprising Ministry of Surface Transport, Ministry of Steel, Ministry of Labour and Ministry of Environment should be constituted with the involvement of labour and environment organisations and representatives of the ship-breaking industry.”

In view of the above, your intervention alone can ensure that the victims of unregulated ship-breaking activity on Alang beach get both medical and legal remedy besides just compensation and the guilty officials and ship breakers are made accountable in an exemplary manner to set matters right.

I request you to intervene at the earliest to ensure that national and international law and the Hon’ble Court’s order is adhered to in the matter of the Chinese ship in particular and other such ship in general and is not followed in breach as has been the case so far.