Note: This sad legacy is a result of following European model of urbanisation & industrialisation. The whole world is in crisis due to Europe led industrial revolution since 1750. It can only be hoped that by 2050, the European and US model of blind assault on ecosystem, human life and biodiversity will be rejected in toto.

Comments (18)
China has captured chunks of the global economy, creating jobs for millions. But doing things cheaply has come at a cost, with health and environmental issues on the rise along with economic growth.
Numerous denim factories have created jobs in the town of Xintiang - but residents say they have also polluted some of the town's rivers.
In Xinglong in the south, resident Cao Jiangang is convinced that factories there are to blame for his 47-year-old mother's liver cancer.
China's next leaders are inheriting a toxic legacy. They have plans for cleaner growth, but that will be slower and more expensive. Here's my report: 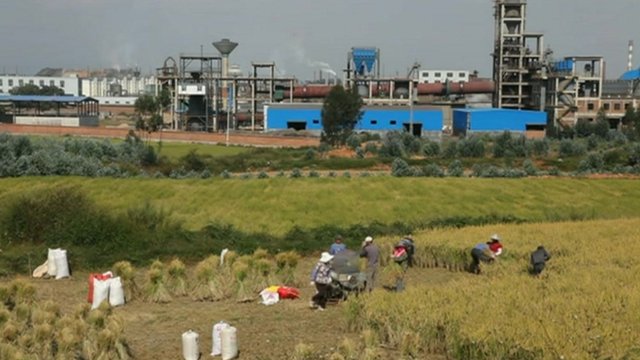 What is the environmenal toll of China's economic growth?
Your comments (18)