skip to main | skip to sidebar
Home » » Green from the Grassroots

Green from the Grassroots 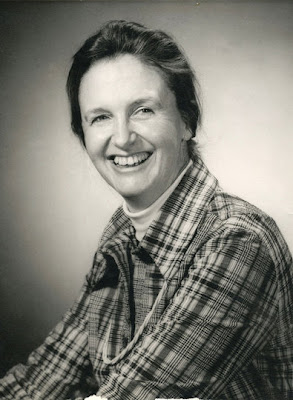 (Walk The Talk with Elinor Ostrom)
Elinor Ostrom (formerly Elinor Awan), a Nobel laureate in economics, was Chief Scientific Adviser to the Planet Under Pressure conference and Professor of Political Science and Senior Co-Research Director of the Workshop in Political Theory and Policy Analysis at Indiana University. She passed away on June 12, 2012. Given below is one of her last pieces. "Ostrom cautioned against single governmental units at global level to solve the collective action problem of coordinating work against environmental destruction. Partly, this is due to their complexity, and partly to the diversity of actors involved. Her proposal was that of a polycentric approach, where key management decisions should be made as close to the scene of events and the actors involved as possible."

Green from the Grassroots

BLOOMINGTON – Much is riding on the United Nations Rio+20 summit. Many are billing it as Plan A for Planet Earth and want leaders bound to a single international agreement to protect our life-support system and prevent a global humanitarian crisis.

Inaction in Rio would be disastrous, but a single international agreement would be a grave mistake. We cannot rely on singular global policies to solve the problem of managing our common resources: the oceans, atmosphere, forests, waterways, and rich diversity of life that combine to create the right conditions for life, including seven billion humans, to thrive.

We have never had to deal with problems of the scale facing today’s globally interconnected society. No one knows for sure what will work, so it is important to build a system that can evolve and adapt rapidly.

Decades of research demonstrate that a variety of overlapping policies at city, subnational, national, and international levels is more likely to succeed than are single, overarching binding agreements. Such an evolutionary approach to policy provides essential safety nets should one or more policies fail.

The good news is that evolutionary policymaking is already happening organically. In the absence of effective national and international legislation to curb greenhouse gases, a growing number of city leaders are acting to protect their citizens and economies.

This is hardly surprising – indeed, it should be encouraged.

Most major cities sit on coasts, straddle rivers, or lie on vulnerable deltas, putting them on the front line of rising sea levels and flooding in the coming decades. Adaptation is a necessity. But, with cities responsible for 70% of global greenhouse-gas emissions, mitigation is better.

When it comes to tackling climate change, the United States has produced no federal mandate explicitly requiring or even promoting emissions-reductions targets. But, by May last year, some 30 US states had developed their own climate action plans, and more than 900 US cities have signed up to the US climate-protection agreement.

This grassroots diversity in “green policymaking” makes economic sense. “Sustainable cities” attract the creative, educated people who want to live in a pollution-free, modern urban environment that suits their lifestyles. This is where future growth lies. Like upgrading a mobile phone, when people see the benefits, they will discard old models in a flash.

Of course, true sustainability goes further than pollution control. City planners must look beyond municipal limits and analyze flows of resources – energy, food, water, and people – into and out of their cities.

Worldwide, we are seeing a heterogeneous collection of cities interacting in a way that could have far-reaching influence on how Earth’s entire life-support system evolves. These cities are learning from one another, building on good ideas and jettisoning poorer ones. Los Angeles took decades to implement pollution controls, but other cities, like Beijing, converted rapidly when they saw the benefits. In the coming decades, we may see a global system of interconnected sustainable cities emerging. If successful, everyone will want to join the club.

Fundamentally, this is the right approach for managing systemic risk and change in complex interconnected systems, and for successfully managing common resources – though it has yet to dent the inexorable rise in global greenhouse-gas emissions.

Rio+20 has come at a crucial juncture and is undoubtedly important. For 20 years, sustainable development has been viewed as an ideal toward which to aim. But the first State of the Planet Declaration, published at the recent mammoth science gathering Planet Under Pressure, made it clear that sustainability is now a prerequisite for all future development. Sustainability at local and national levels must add up to global sustainability. This idea must form the bedrock of national economies and constitute the fabric of our societies.

The goal now must be to build sustainability into the DNA of our globally interconnected society. Time is the natural resource in shortest supply, which is why the Rio summit must galvanize the world. What we need are universal sustainable development goals on issues such as energy, food security, sanitation, urban planning, and poverty eradication, while reducing inequality within the planet’s limits.

As an approach to dealing with global issues, the UN Millennium Development Goals have succeeded where other initiatives have failed. Though not all MDGs will be met by the target date of 2015, we can learn a great deal from the experience.

Setting goals can overcome inertia, but everyone must have a stake in establishing them: countries, states, cities, organizations, companies, and people everywhere. Success will hinge on developing many overlapping policies to achieve the goals.

We have a decade to act before the economic cost of current viable solutions becomes too high. Without action, we risk catastrophic and perhaps irreversible changes to our life-support system.

Our primary goal must be to take planetary responsibility for this risk, rather than placing in jeopardy the welfare of future generations.