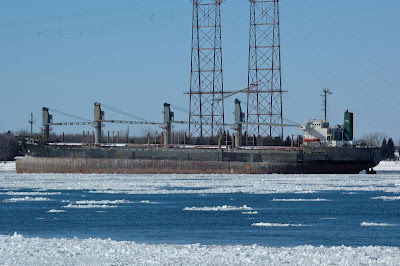 Asbestos is discovered in flange gaskets, coatings, pipe insulation and in accommodation areas. The classification societies are facing allegations of wrongly issuing Safety of Life at Sea (Solas) certificates for ships containing asbestos. Numerous cases of asbestos laden ships have come to light due to the laxity of Classification societies in accepting asbestos-free certificates or statements from shipyards for equipment installations without checking their accuracy.

Unlike USA, Japan is a party to UN’s Basel Convention on Transboundary of Hazardous Wastes and Their Disposal but has been adversarial to it. India is a party to the Convention whose Article 4-2 (d) requires it to” Ensure that the transboundary movement of hazardous wastes and other wastes is reduced to the minimum consistent with the environmentally sound and efficient management of such wastes, and is conducted in a manner which will protect human health and the environment against the adverse effects which may result from such movement.” As pre India’s Hazardous Waste Management Rules, 2008 trade in asbestos waste (dust and fibers) is banned. There is complete ban on asbestos use, trade and manufacturing in Japan.

A 15-member delegation of Japan Shipowners' Association had visited Alang ship breaking yard on February 14, 2012 and met Gujarat chief minister Narendra Modi on February 13 in order to make Alang's 170 recycling plots, spread over a 10 kilometre stretch fit for Japanese end-of-life ships to be dumped on Alang beach without any hassle for recycling. Japan outs its dead ships transferred as it commands 25-30 per cent share in global shipping business.

Unmindful of the fact that both the ship breaking industry and environmental groups are opposed to International Maritime Organization (IMO)’s Hong Kong protocol for safe and environmentally-friendly recycling, formulated in 2009, the Japanese delegation campaigned for it to be adopted.

It is noteworthy that in July 2002, the IMO’s Maritime Safety Committee (MSC) banned under Solas the installation of asbestos on new buildings and existing ships, with a few exceptions. A total ban was introduced on 1 January 2011. But it has come to light that asbestos in end-of-life vessels continues to be of major concern.

This poses serious risks to the health of crew members, ship surveyors and inspectors and persons working in ship breaking yard facilities. The fact is that asbestos-containing materials (ACMs) were still being found in such places as fire blankets, joint and insulation materials, some sealants and friction material for brakes, as well as wall and ceiling coverings.

The surveyors are not properly trained to identify asbestos and where it is most likely to be found. The Directorate General of Shipping, Union Ministry of Shipping should note that declarations from the recycling shipyards are useless because they do not have control over the incoming hazardous materials.

ToxicsWatch Alliance (TWA) demands that a high powered team of toxicologists should be asked to survey presence of asbestos on end-of-life ships that enters Indian waters and also those which are which used by Indian Navy to save workers and soldiers from exposure of carcinogenic fibers.

It has come to light that the Solas ban has been flouted. Of 140 vessels inspected, asbestos was discovered on 114. The checks covered ships delivered by yards since 1 January 2003, which meant they all fell under the Solas convention. This has come to public domain in a report of Tradewinds titled “Asbestos ‘failure’ by class societies” authored by Geoff Garfield.

Both Japan built vessel MV TIRAN and the controversial US ship, ex Exxon Valdez are laden with asbestos and PCBs.

Environmental health groups are opposed to Free Trade Agreements (FTAs) including one with countries that allows status quo to continue with regard to hazardous waste trade. The FTA with Japan is highly regressive as it is an effort to outwit the intent of the Basel Convention. Government of India is quite secretive about the agreements with Japanese government and EU. These groups have been campaigning against the India-EU FTA that entails such free trade in hazardous waste.

In a letter dated June 28, 2012 to Director, CBI, TWA has drawn the attention towards US flagged ship called Delaware Trader (IMO No. 8008929) as well and has sought his intervention to ensure that such ships are not allowed to enter Indian waters.

The letter argues that such movements of end-of-life vessels “must be halted to demonstrate that Indian law enforcement agencies are not subservient to US Ship Disposal Policy” in compliance with two of Supreme Court's orders of October 14, 2003 and September 6, 2007, the relevant part reads: "At the international Level, India should participate...with a clear mandate for the decontamination of ships of their hazardous substances such as asbestos, waste oil, gas and PCBs prior to exports to India for breaking" besides the May 3, 2012 order. In its order dated June 25, 2012, Supreme Court’s Vacation Bench of Justice HL Gokhle and Justice Ranjana Prakash Desai has ordered that the matter of dead US ship Exxon Valdez should be placed before the appropriate Bench. The ship owners had tried their luck even before another Vacation Bench of Justice Deepak Verma and Justice Sudhanshu Jyoti Mukhopadhya on May 14. Both the benches have refused any relief to the owners of US hazardous dead vessel.

TWA’s letter demands that “CBI and other concerned agencies ought to coordinate their efforts to demonstrate sensitivity towards Indian environmental borders which is routinely being compromised so much so that since 1982 till date more than 5000 dead foreign ships have been dumped in India's fragile coastal environment of Alang beach.”

waoh.this is your excelling blog i love reading your article.i like it.keep up the great work. Ship Asbestos

Breakdown Inspection of Material during Yacht repair Inspection.
There are different types of materials used in structures and how structures are put together to resist the forces. All of the above has been based on the supposition that the materials remain and function in accordance with their normal properties. However, in practice all materials are subject to degradation over time from a variety of different sources. some examples of materials used for yachts noted in their several years of experience by constellation marine inspectors are as under:-
Wood and dhows Repair Inspection.
Timber that has been well seasoned and that is kept in a uniform state of moisture (neither too wet nor too dry) when properly ventilated will remain stable and with no significant degradation for many hundreds of years. However, as a naturally occurring material, wood has naturally occurring enemies which come in the form of fungus (mould), worms and beetles which need to be inspected carefully.
Common Rot noticed by constellation marine surveyors during detailed Yacht/Boat condition inspection and surveys.
This is manifested by the presence of external yellow spots on the ends of the timber and is often accompanied by yellowish dust especially where the pieces of timber are in contact. The main cause is poor ventilation of the timber.
What is Wet Rot and how significant is it to be noticed during Yacht repair inspection?
Moisture, especially in the presence of warmth, will dissolve out some of the constituents of the cell walls and thereby cause decay. However, timber kept constantly immersed in water may soften but does not, in general, decay. It is the cyclical nature of wetting and drying that does the damage.