Rally Against Delhi's Okhla Waste to Energy Incinerator on Jan 15 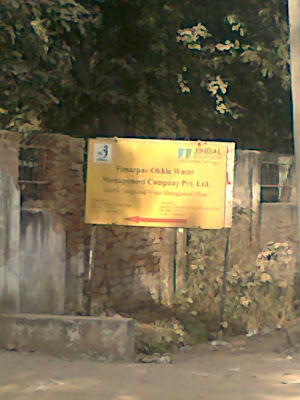 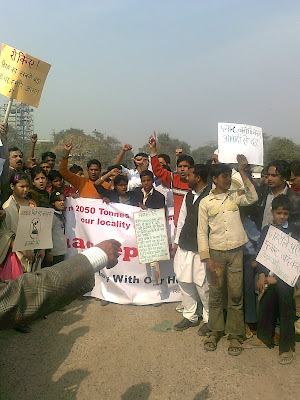 Next date of hearing in the matter of Delhi's Okhla Waste to Energy Incinerator is in Delhi High Court on January 28. This project is coming up in violation of Supreme Court's order. It is presenting a fait accompli to the courts with impunity by starting its operations unmindful of the fact that the matter is sub judice. Earlier, the court had said that the construction of the plant is happening at company's own risk. The company in question is pre-judging the verdict of the court. Government counsels have repeatedly misled the court. The circumstances in which the case was admitted reveals it without an iota of doubt.

The plant is situated not only in the proximity of New Friends Colony, Maharani Bagh, Sukhdev Vihar and the business district Nehru Place - but also several prominent institutions, including hospitals like Apollo, Escorts and Holy Family and Okhla Bird Sanctuary. But disregarding these, as also a number of binding guidelines from multiple state agencies and at least one Supreme Court directive, the plant has come up, under the shade of slack regulation, at one-tenth the cost of a world-class waste-to-energy facility, deploying China-made equipment and inadequately provisioning for toxic by-products of incineration. It is strange that the Delhi government is backing the project as a technology solution to the city's two enduring, and worsening, problems - excess of waste and shortage of power. But while contributing to the solution of two problems, the plant kindles a number of new ones, with potentially serious health and environment implications for the residents of Delhi.

Unmindful of such concerns, Jindal Saw MD Indresh Batra, who runs the Jindal group unit responsible for the controversial plant claims, "Our plant uses the latest technology. It is absolutely safe. Such plants exist around the world in the middle of cities. In Paris, close to the Eiffel Tower, there is a plant." Batra and his group - the companies owned by the family of Prithviraj Jindal, Batra's father-in-law and son of the late OP Jindal - won an open tender in 2008 to build and operate the plant for 25 years at a project cost of Rs 240 crore. The polluting potential of a plant using municipal solid waste as fuel is serious. Emissions include suspended particulate matter (SPM), sulphur oxides (SOx), nitrogen oxides (NOx), hydrogen chloride (HCl), and dioxins and furans, which are among the most toxic substances known to science.

ToxicsWatch Alliance (TWA) has been campaigning against it since 2005 when it was announced a carbon credit project despite being an emitter of green house gases, persistent organic pollutants and heavy metals. TWA is opposed to similar plants in Narela-Bawana and Ghazipur as well.

Nice Article!
Thanks for sharing an informative post with us.