Residents Protets Against Dioxins Factory in front of Ministry of Environment

Residents of the affected colonies will assemble in front of the Priyavaran Bhavan, Ministry of Environment, CGO Complex, Lodhi Road, New Delhi at 10.00 AM on 19th May, 2011, to protest against the upcoming waste to energy incinerator plant. 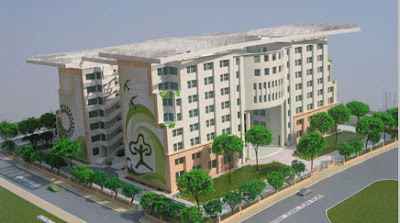 Prof. Seema Alavi of University of Delhi has rigthly argued in his article the Hindustan Times (This is our Jaitapur, April 30, 2011) that residents of south Delhi were not consulted in any discussion on the environment impact of Dioxins emitting incinerator. Admittedly, the so-called public hearing was a farce. The procedural laxity on the part of the Delhi government meant the exclusion from consultation of not just the ‘posh South Delhi’ residential areas of Sukhdev Vihar, Maharani Bagh and New Friends Colony, but also the thickly populated low-income group Muslim minority areas of Haji Colony, Ghaffar Manzil, Jamianagar, and Harkesh Nagar. The protest, therefore, is a rainbow coalition in terms of income groups, religious and professional categories. 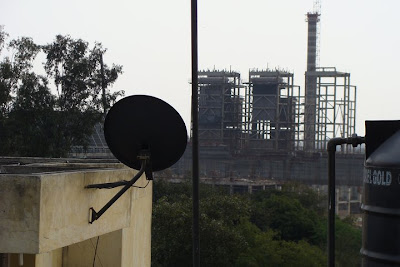 Prof. Alavi rightly castigates those journalists who have been trivializing "the scientifically proven toxic emissions from such waste-to-energy plants and reduce its hazards to mere ‘stench of the garbage’. It is not only the stink and the aesthetics that has brought hundreds of people together. The neighborhood has been living with the stench of burning hospital waste from a bio-medical waste plant that shares the boundary with the Sukhdev Vihar DDA flats. It belches out pollutants and thick black smoke despite a high court order to re-locate it. And now the residents are worried about their own health and of that of the medically un-insured poor Muslim neighbours once the plant starts functioning. The current location is surrounded by Apollo, Escorts and Holy Family Hospitals, a Cheshire old home, Jamia Millia Islamia and, of course, the thickly-congested population of economically poor and medically vulnerable members of the minority community."

Prof. Alavi sees striking parallels with Jaitapur and other such locations chosen for setting up nuclear and other energy plants. Indeed, it realises that all such campaigns across the globe share one referent: most sites are in low income, vulnerable minority- concentrated locations. Delhi's anti-incinerator campaign too is a victim of such a global universalism in the choice of locating both experimental and scientifically proven hazardous projects cheek by jowl with vulnerable residential areas.

In a communication with Prof. Alavi, ToxicsWatch Alliance (TWA) was informed about the role of Dr Farooq Abdullah's Ministry of New & Renewable Energy in the Waste to Energy Incinerators in Delhi. And how Dr Abdullah's ministry is violating Supreme Court's order.

It is high time Dr Abdullah is persuaded that his ministry is endangering the health of colonies like Hazi Colony, Gaffar Manzil, Jamia Nagar, Batla House, Sukhdev Vihar, Jasola Vihar, Eshwar Nagar etc. If Dr Abdullah is convinced it might prove to be a turning point in this ant-Refuse Derived Fuel (RDF) incinerator campaign which began in the year 2000.

TWA has been arguing that about 1 percent of Delhi’s population is engaged in waste-picking. They recycle 9 percent to 59 percent of all of the waste generated in the city. If projects like incinerators are allowed these waste pickers or waste recycling workers will lose their source of livelihood.

TWA has persistently campaigned against the waste incinerators proposed in Delhi and in other parts of the country will generate cancer-causing dioxins, mercury, and other heavy metals and persistent organic pollutants. These waste incinerators are meant to generate carbon credits under the Clean Development Mechanism (CDM), established under the Kyoto Protocol, the climate change treaty, to address the need to provide new aid to developing countries to acquire and implement new clean energy technologies and projects.

The waste incinerators of Delhi reveal that CDM is rapidly devolving into a subsidy for some of the dirtiest industries in India and elsewhere.

Delhi's incinerators may be the first in a series of incinerators to benefit from the global carbon market. Earlier, TWA had succeeded in persuading the government officials against accepting other proposals from a Australian incinerator companies in Delhi, based on public health concerns. It had managed to stop half a dozen of these dubious projects in the past but this time around, in the name of carbon credits, fraudulent claims are being made with impunity.

In any case Indian garbage in general and Delhi’s garbage in particular doesn’t have enough calorific value required for energy generation.

The government officials and the incinerator companies have failed to address the question of incinerator ash. Fly ash and bottom ash is a cock-tail of heavy metals and Persistent Organic Pollutants.

For sake of record it must be recollected that Rajesh Kumar Sethi, an official of minister of environment and forests was elected chair of the executive board of the CDM, the supervisory body that determines which projects qualify for CDM credits. it would have been impossible for [Sethi] to question any project that has been incorrectly cleared by the Central Pollution Control Board, a board that comes directly under the ministry he used to direct because of manifest conflict of interest.

TWA has strong disagreements with all those so called environmental organizations like The Energy Resources Institute (TERI) who support or maintain studied silence about misplaced carbon trade (where pollution permits are auctioned) through incinerator technologies etc despite the evidence of flaws in carbon markets.

TWA has been advocating that incinerator technologies are a stark argument against carbon trade. Environmental campaigns be it from residents or from advocacy groups cannot and should not be piecemeal. It cannot and should not adopt Not In My Back Yard (NIMBY) approach because pollutants are passengers without passports.

TWA strongly disapproves of "shifting the location of a polluting plant like incinerator to make it non-polluting" kind of myopic approach advanced by Delhi's Chief Minister.

Environment is a "commons". The pollution in Narela-Bawana, Timarpur, Gazipur or Okhla from incinerator plants is contamination for everywhere.

Great information.
Thanks for sharing.

You may have a look at medical waste incinerator

Biomedical/Hospital waste is defined as any waste, which is generated during the diagnosis, treatment, or immunization of human beings or animals, or in research activities pertaining thereto, or in the production or testing of biologicals.
Alfa-Therm providing the best available Technology with the medical waste incinerator which is adequate to achieve stringent emission norms of the world.