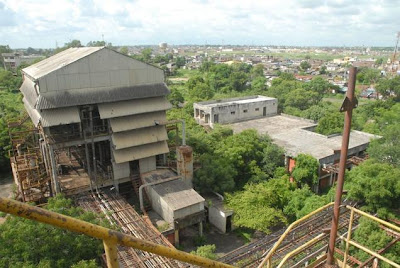 A technical report of Project 08 of the ‘Health Effects of the Toxic Gas Leak from Union Carbide Methyl Isocyanate Plant in Bhopal' titled Pathology and Toxicology has claimed to have clearly established, through direct and indirect evidence, acute, delayed and recurrent cyanide toxicity.

Contrary to the claims made by Union Carbide Corporation — now The Dow Chemical Company — that the methyl isocyanate (MIC) which killed thousands of people in Bhopal in December, 1984, following a leak in its pesticide unit, was not highly poisonous, a report released by the Indian Council of Medical Research (ICMR) has established that it caused not only “acute cyanide toxicity” but also “delayed or recurrent cyanide toxicity” due to thermal decomposition of the gas.

A technical report of Project 08 of the ‘Health Effects of the Toxic Gas Leak from Union Carbide Methyl Isocyanate Plant in Bhopal' titled Pathology and Toxicology has claimed to have clearly established, through direct and indirect evidence, acute, delayed and recurrent cyanide toxicity.

Experimental studies were undertaken with a view to dispelling the UCC's subtle campaign following the gas leak about the relatively low toxicity of MIC and its aqueous degradation products. A comparatively long-term experimental study of MIC and its aqueous derivatives — such as methylamine and dimethylurea — confirmed the progression of severe pulmonary edema (caused by collection of water in lungs) to chronic fibrosis (scarring of the lungs) following a single exposure to the gas.

The report involved the generation of hitherto unknown and almost new scientific evidence and ensured the rationale of therapeutic intervention and detoxification. The exhaustive autopsy studies in the acute, sub-acute and chronic phases confirmed the age-old wisdom that the “dead teach the living,” especially when confronted with new and virtually unknown chemicals.

A very early study of “externals and internals at autopsy” was followed by systematic histopathology (microscopic study of tissues to study the disease) study of representative samples which established the progressive nature of the lesions. The long-term study (report 08) was meant to dispel some of the wrong information circulated by the UCC.

A close follow-up of the initial autopsy findings of the ‘Cherry Red Tissue Discoloration' opened up the Pandora's Box of not just acute, but delayed and recurrent cyanide toxicity, but also contributed to an understanding of the underlying metabolic lesion of MIC toxicity.

Dubbed as a “multi-institutional and trans-disciplinary project”, an attempt has been made in the report to focus attention on the several imponderable issues surrounding the Bhopal gas disaster due to the sudden and massive leak of MIC, which led to the death of several thousands. At the time, there was an inexplicable gap in the knowledge of the toxicology of MIC; even with regard to the base line data about the physical chemistry of MIC and its polymers or their long-term storage, aqueous reactivity and the spectrum of thermal decomposition.

Although many organs were affected, the most prominent histopathological study was on the lungs. In the early series, there was a gross increase in the weight of the lungs to nearly three times that of the normal. The entire respiratory tract showed a series of pathological changes with intense congestion and denudation of the epithelium of the trachea and the major divisions of bronchi with ulceration. The lungs were heavily water-logged and had the characteristic cherry-red colour. Microscopically, there were extensive changes such as necrotising (premature death of living cells due to poisoning or injury) bronchiolitis and widespread damage of the lung parenchyma.

Conducted between 1984 and1992, the study took a long time to be published due to medico-legal propriety involved at the time. It was conducted by the ICMR and the Mahatma Gandhi Medical College at Bhopal.